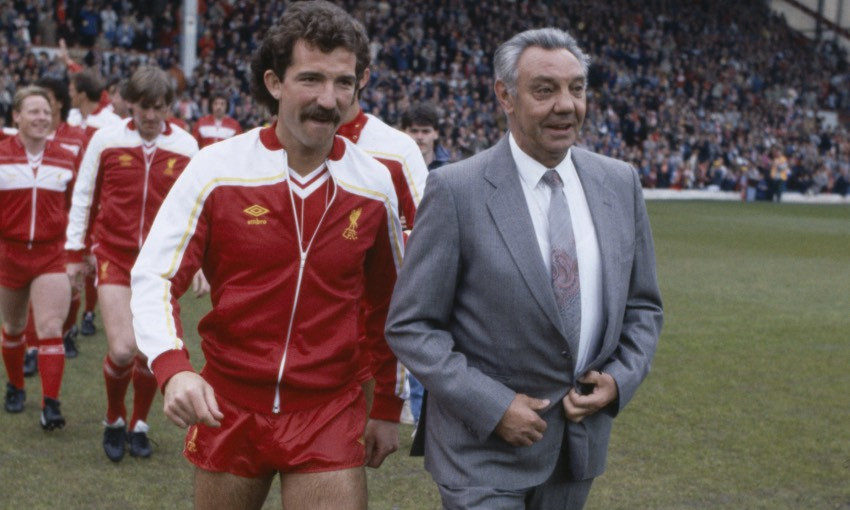 Those who played under the management of Joe Fagan speak of a quick-witted, kind and powerful leader.

Fagan was first-team manager of Liverpool FC from 1983 to 1985, but had spent the previous 25 years delivering his expertise as an established member of the Boot Room.

To mark what would have been his 100th birthday, Liverpoolfc.com has spoken to a number of former Reds personnel for insight into Fagan the person, and the boss that delivered an unprecedented treble in 1983-84.

"Joe spoke in a quiet voice. I think he did it on purpose, so you had to really concentrate on what he was saying to you. On the odd occasion – I may have seen it 10 times in my seven years there as a player – he did lose his head with someone. That was horrible to see. You've got this image in your head of a quietly-spoken, gentle man but when he blew his top he certainly did, he didn't hold anything back.

"I had a real fondness for him. We were playing Southampton away and we stopped in Oxford for lunch. My mother had been seriously ill and there were no mobiles then. I was late getting on the bus because I had been on the phone to my brother, who told me my mother was going to die that night. So I got on the bus late and they gave me a telling-off for that. I didn't go to the back of the bus, I was sort of halfway on the bus and someone must've pointed out that I was upset. From Oxford all the way to Southampton, he sat with me with his arm around me. I'll always remember that.

"I was his captain and I responded to his type of management. He was just a lovely, lovely human being. But he did have a side to him when it came to serious football stuff." 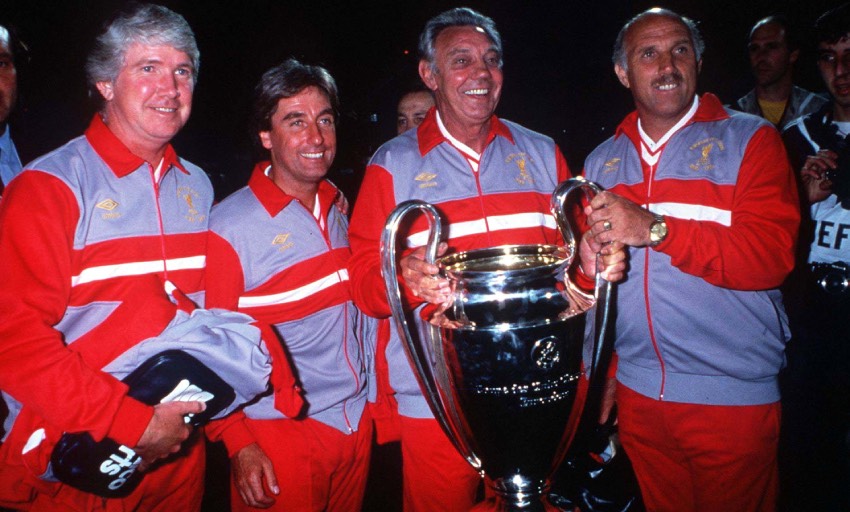 "Genuinely just a smashing bloke. The players had trust in him. If he was going to leave you out of the team, he would let you know before he announced the team. He was that type of guy who'd tell you you're not playing today and give you a reason. He just had a special way of doing things that kept people involved.

"I always remember we played a pre-season game at Tranmere and I was reserve team coach at the time and he was manager. I didn't know he was coming to the game. I'm sat in the dugout and this fella was shouting behind me, 'You're rubbish, Evans!' You're trying to brush it off. It just went on and on. In the end, I turned around and said, 'Will you...' and it was Joe! Just things like that, support and a bit of fun. He was just one of those guys who seems to know when to be funny and when to be serious.

"My dad will always be my dad, but I always looked at Joe Fagan a bit as my second dad if there's such a thing as that. That's how much I admired him."

Alan Kennedy
Ever-present for Fagan in the 1983-84 season

"We were absolutely having a nightmare against Coventry in 1983 and they scored three goals against us before half-time. Everybody was just having a nightmare. Joe was in front of us and he was lambasting players for not doing what they should've done and there were cups flying all over the place. But he kept it in charge. Then on Monday morning it was as though we hadn't been beaten, it was just back to normal and we were having a bit of a laugh and a joke.

"Joe always emphasised, 'We're all in it together, OK?' So if he was having a go at you, then you take it on board. Everybody did and consequently we came out of it the other side.

"He was also really good on the physio side. Bob Paisley introduced the machines we use today but Joe was always like, 'I think you've got this and you might need this and that.' Always words of advice. I can always picture him with an ultrasound machine and I might have a groin or hamstring strain and him telling me about the hamstrings and the injury that I've got." 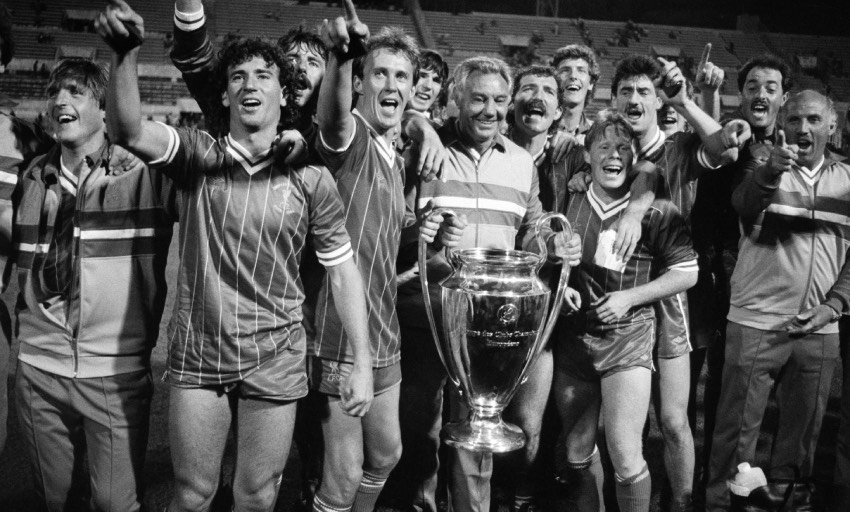 "To repay him with a treble was wonderful because he deserved it.

"He was a superb relayer, putting his arm around you, 'Come into the Boot Room. Hey, what's up with you?' He delved into personalities and everything and got to know what was wrong when you weren't out performing at Anfield for an hour-and-a-half or away from home.

"I was with Joe all the way through and that was lovely to actually get to know him. You could talk to him about any aspects, maybe with your family or whatever, 'Go and see Joe, he'll sort it.'

"I loved him to bits and he was admired by all people. He would calm things down or stamp things up as well – don't forget that. He could stamp it up in his own way."

"Genial Joe was how I always referred to him because he was very pleasant, he was easy-going. But I also saw the other side of Joe. Ronnie Moran ordinarily was the one who'd berate you if something went wrong and you'd know about it. Joe did it differently.

"I can remember playing against Watford at Anfield once and I didn't have the best first half. When I went in at half-time, Joe told me off. Not in Ronnie Moran style, not in rottweiler style, but he let me know in no uncertain terms that what I'd produced for that 45 minutes wasn't good enough and he kind of shook me up. I'd never seen Joe like that before. I got the message loud and clear. I livened myself up for the second half.

"The dressing room at Liverpool was a tough environment back then because standards were very high and you had to meet them game in, game out. But Joe always kind of seemed to have just detached himself a little from all that stress and seriousness. He made me feel good.

"I remember him once saying, 'If you go behind, don't worry, don't panic because you have everything you need to overturn it and win the game.' That reassured me. Little things like that, little nuggets that he'd come out with."

Chris Lawler
Liverpool player from 1960 to 1975 and then coach

"I used to be a centre-half and I got moved to right-back. I was never very pacy and he gave me a tip one day when marking a winger. I wouldn't get close to him because I thought he'd be too fast for me.

"He said to me, 'Don't worry about the ball. Mark very tight because you'll stop him getting the ball. But if the ball goes behind you, somebody else will get it. So don't worry about that.' That helped me. He could see it in me and encouraged me to go forward, 'Somebody will cover for you, but you've got to pick your right time.'

"I loved Joe as a person – not just as a manager. He could cut you to pieces! But he was straight and honest."