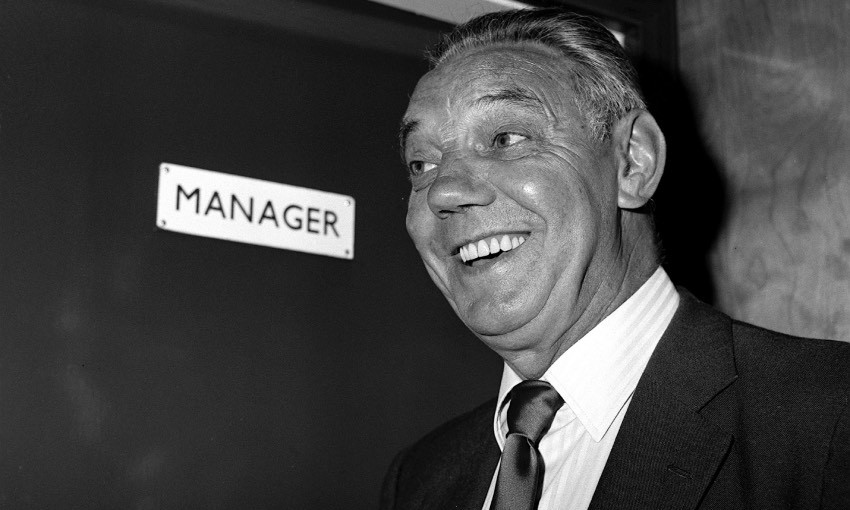 Liverpool Football Club is today celebrating Joe Fagan on what would have been his 100th birthday.

The humble Scouser gave the Reds nearly three decades of service and his coaching expertise.

Two of his years at the club were as an extremely successful first-team manager, having played a vital supporting role to other LFC custodians in the years before his promotion.

After a playing career spent largely with Manchester City, Fagan arrived at Liverpool in 1958 initially as reserve team manager.

Under Bill Shankly, Fagan then rose through the ranks at Melwood in the Boot Room era – which he played a leading role in creating.

With Shankly retiring and replaced by Bob Paisley in 1974, Joe eventually progressed to become assistant to Paisley in 1979 during a period of unbridled success.

As was the case back then, it was natural that the managerial responsibilities were then passed to him in July of 1983 when Paisley stepped down.

Battling massive expectations and the natural evolution of a football team, the quiet-yet-effective Fagan took those hurdles in his stride.

His first season as boss ended with an unprecedented treble.

Having already scooped First Division and League Cup titles, Fagan's Reds then produced one of the club's greatest nights in Europe as they took down AS Roma in their own backyard to lift the European Cup in 1984.

The following campaign would be his last at the club and, years on, Graeme Souness found a fitting way to describe Fagan's time at Anfield.

"Joe was Mr Liverpool during the club's golden age," he said. "And his contribution should never be allowed to fade from the memory."

Joe sadly passed away in July 2001, aged 80, but his service to LFC will never be forgotten.

As part of Anfield's ongoing development in and around the stadium, plans are being discussed for how the club can create a lasting tribute to Fagan.