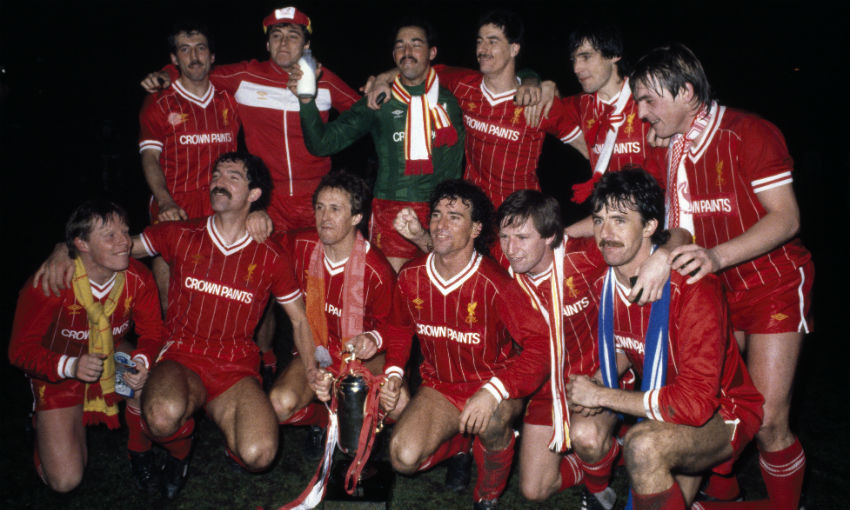 "Our club has gone on for so many years that winning trophies has become a tradition, and I wouldn't like to break it."

The words of Joe Fagan after claiming his first major honour as Liverpool manager that set an English record.

Exactly 36 years ago on this day, the Reds took down Everton 1-0 in a replay of a League Cup final. It saw the club lift that particular trophy for the fourth successive year – a feat never achieved before or since.

To Fagan, though, it was just a case of business as usual in his first season since succeeding Bob Paisley. "Never forget, it was Bob Paisley's era that brought the players here," he said.

The routine was familiar: secure the first honour available in a season and build on it.

Three-time winner Ronnie Whelan recalls: "The thing at Liverpool at the time was, you won a trophy and it was like, 'Well done, see you next time when we do it again'.

"It says a lot about the whole Liverpool ethos."

The club first won the competition in 1981 by beating West Ham United at Villa Park in a replay. "Once we won it, we couldn't stop winning it," captain Phil Thompson reflected.

Tottenham Hotspur and Manchester United were then dispatched in the following two finals, putting Liverpool on course for history.

Knocking out Brentford, Fulham, Birmingham City, Sheffield Wednesday and Walsall set Fagan's side up with Everton for the first all-Merseyside final at Wembley.

That encounter ended goalless and the replay was to be played three days later at Manchester City's Maine Road.

A tense affair was settled by Graeme Souness' 'sizzler', as one newspaper labelled it, in the 21st minute.

"I miscontrolled it," the match-winner admitted in an immediate post-match interview, while clutching a bottle of milk presented to him. "Normally I wouldn't shoot on my left, I would've tried to pass it. But it was going away from me, so I played at it." 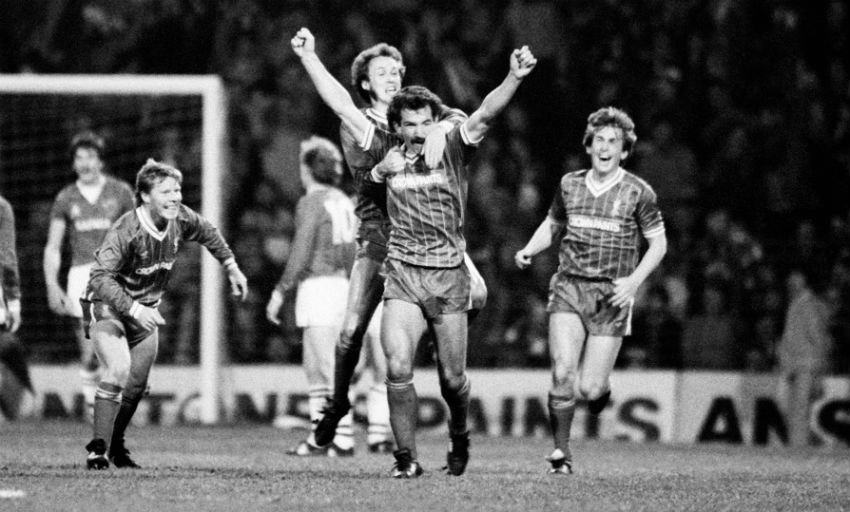 And so, a familiar routine ensued: climb the steps, collect the winners' medals and hoist the cup aloft. However, the trophy presentation was slightly unique this time around.

"It was a bit ad hoc when we were presented with the trophy," Souness reflected. "A fan got in the way between me and Bruce Grobbelaar as I passed it down the line but it was all good fun."