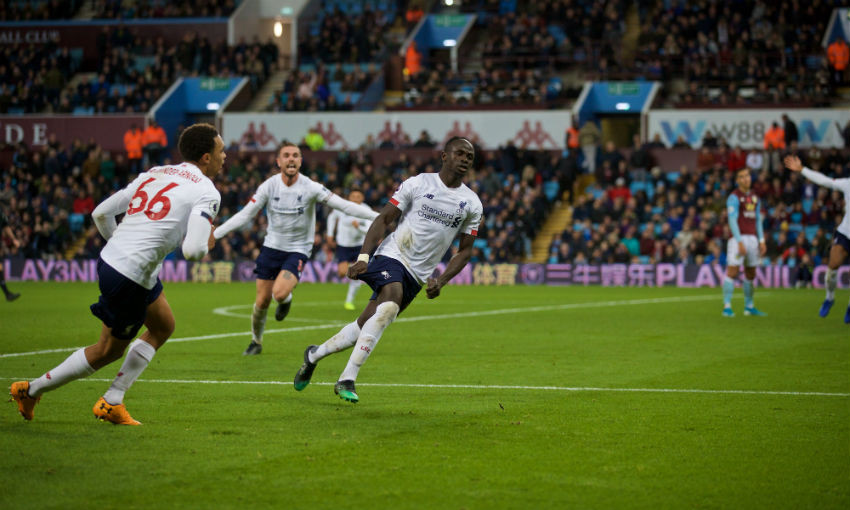 A certain team-bonding session in pre-season may have been on Jürgen Klopp's mind when he spoke to reporters in the immediate aftermath of a win at West Ham United in January.

After watching his side go 19 points clear at the top of the Premier League, the Liverpool manager offered a metaphor to best explain how to approach a demanding top-flight season.

"The best way is you don't breathe pretty much or you jump in the water," he said at the London Stadium. "Don't breathe and then come out after 38 games and then you have a look what happened there."

Jordan Henderson has spoken in a similar vein all throughout the campaign, albeit steering clearing of any creative expressions to stress the need to stay 100 per cent focused on the sole task at hand.

The league standings paint the clearest of pictures about Liverpool's ability to do just that. Champions of England after 31 matches, only three of which didn’t end in victory.

On the first day of August and Liverpool's fourth at their Evian training camp, the squad assemble for a team meeting at the pool of their hotel in the picturesque French town.

The reason is to meet world-renowned high-wave surfer Sebastian Steudtner, who has received an invitation from Klopp. Steudtner goes on to ask the players to hold their breath underwater for as long as they can possibly manage.

The results of the first attempt among the squad range from 10 to 90 seconds fully submerged.

"But if we get taken out of it completely and thrown into a challenge, it opens our mind for what else is out there and how challenges can be overcome when they look impossible or difficult."

Around half an hour later, Mohamed Salah is competing against Dejan Lovren, with the pair approaching the four-minute mark underwater.

"Dejan did the longest and Mo was pretty close – I think they had a 15 or 20-second difference or so," Steudtner reveals.

“I'm obviously watching with more interest now and it's impressive what [the team] are doing. The more games you win, I don't think it gets easier, it gets harder. All of a sudden, losing becomes something really bad, even though you're still ahead.

"There must be a lot of pressure built up if you let it, but [not] if you're just 100 per cent focused on the task. It's the same underwater.

"If you're focused on, 'I want to breathe, I want to get my head out of the water, I'm uncomfortable', you're going to panic right away and not be able to perform at all.

“But if you relax and focus, 'OK, I'm here, it's good, I'm doing well and I can do this.’ Then you add that competitive edge, 'OK, I know my time and I know that the body next to me did longer than me, I need to calm down even more and focus on being relaxed’. Then all of a sudden you lose four minutes.

“I think you can translate it to anything. They really understood it really, really quick.” 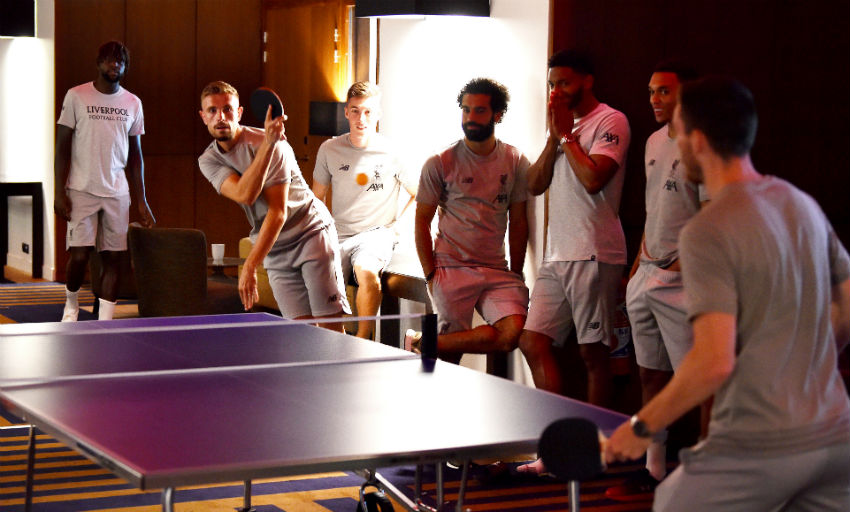 Liverpool's invaluable trait of being able perform under pressure and emerge through successful is signalled, statistically at least, with the nature of certain victories in the league this term.

Fourteen of them have been by a one-goal margin, while victories against Newcastle United, Tottenham Hotspur and Aston Villa came about after trailing.

Steudtner, a two-time winner of the XXL Biggest Wave Award, then went on to detail his always-strive-for-more mindset to the recently-crowned champions of Europe - and future champions of the world and England.

"I basically told them about my life story and my sport," the German recalls. "For us surfers, we always look for the perfect wave. The perfect wave is basically an idea because it doesn't exist.

"Once I accomplish surfing the wave that I dreamt of surfing and had the performance I wanted to have, then I have another idea because I learn something from surfing that wave.

"I surfed the biggest wave multiple times. That wasn't a challenge anymore, that wasn't the perfect performance and wave anymore, even though it's the biggest in the world.

"Now it became more performance orientated, so more about surfing the biggest wave in the world but more radical.

"This applies, I think, to every competitive athlete – you're never satisfied, you never stop.

“I think that's what separates Liverpool from a lot of other clubs – the competitive drive and the not being satisfied and always looking ahead is what drives [them]. It's not the, 'We won something, now we're the champs and we did it.’ Until we retire, we're never done.

"It's a challenge but it doesn't look like a challenge anymore – that shows peak performance at its finest."

Klopp's knowledge of 34-year-old Steudtner came about after watching a documentary about him on television.

Steudtner was in attendance at Anfield for the dramatic 2-1 victory over Tottenham in 2018-19 and first met the Reds boss after that game. The invitation to speak to the squad arrived later.

"A lot of things Jürgen does he does in his way which might not be common and maybe other people don't understand when he starts doing them," Steudtner says of his compatriot "But they see how it works and all of sudden it becomes something genius.

"I don't know him too well but [having] just a couple of days to hang out with him, he's really curious and really interested in humans and in sport.

"The passion, the love and positive obsession that he has with the sport – that's what makes him such a great leader."