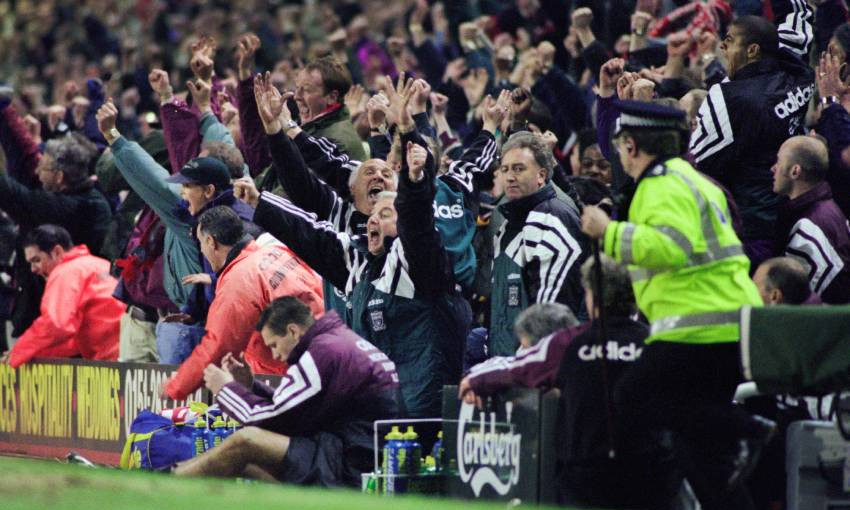 Flustered journalists will have fruitlessly been trying to make themselves heard over a landline telephone when Stan Collymore was wheeling away after his famous winner against Newcastle United.

Liverpool's 4-3 victory over the Magpies at Anfield on this day 25 years ago is widely recognised as one of the Premier League's greatest games.

A historic encounter to witness, a horrible one to report on deadline.

"I covered Liverpool for 10 years," Richard Tanner, then of the Daily Mirror, tells Liverpoolfc.com. "I can't think of a better game in that time."

Only, Tanner and the rest of his colleagues didn't really watch much of it. An 8pm kick-off time made sure of that.

At 3-3 with around 15 minutes remaining, those newspaper reporters cramped in the old Main Stand press box will have had to start compiling the intro to their reports for the 10pm first edition.

They'll likely have been led on how Kevin Keegan's Newcastle still controlled their destiny in the title race but appeared shaky after a pulsating, end-to-end contest. Collymore's injury-time intervention changed all those plans, however.

Liverpool indeed kept their championship hopes alive, though the 1995-96 crown was now Manchester United's to lose.

Try capturing that at a moment's notice.

"I remember we didn't have laptops then, it was all done by telephones," Tanner says. "You dictated it to a copy typist at the other end. I think there was something called a Tandy – it was like an early laptop but there was no internet so you couldn't connect to the internet.

"That story see-sawed and flip-flopped so many times, it was almost impossible for any of the match reporters to formulate how on earth it was going to turn out. The worst, nightmare scenario is a 92nd-minute goal!

"The noise of the crowd doesn't subside just after the final whistle, there's mayhem for about five or 10 minutes while the players are getting off the pitch and everybody is just celebrating. There would have been guys bellowing down their phones at the copytakers, saying 'Look, I need to rewrite this.' And basically change mid-sentence.

"Obviously you do the first half at half-time, what they call a half-time runner. Then you used to add on a piece after 75 minutes, the second-half action, which went underneath the first.

"Then you topped it off with your intro, a three-, four-, five-, six-par intro. At 3-3, they probably thought it's safe to start dictating.

"Then, of course, that goal would've gone in and they'd have said, 'Hang on a minute...' They can't even hear you and you can't hear them. When there's so much noise, even when you didn't have the time, sometimes you had to let the crowd noise subside before the copytaker could even hear you. Those games were very, very stressful."

Mercifully for Tanner, his main task that night was a quotes-led piece from the managers' post-match press conferences for the back page. But he didn't entirely escape the chaos, with his match ratings due to be filed 10 to 15 minutes before the final whistle.

"Ratings would've been difficult because, with Collymore putting in the winner, you'd certainly go from maybe a seven up to a nine!" he laughs.

"Funnily enough, you don't actually enjoy games like that. You do on your football fan side of your personality but obviously you're totally dominated by the work side of it and meeting the deadline." 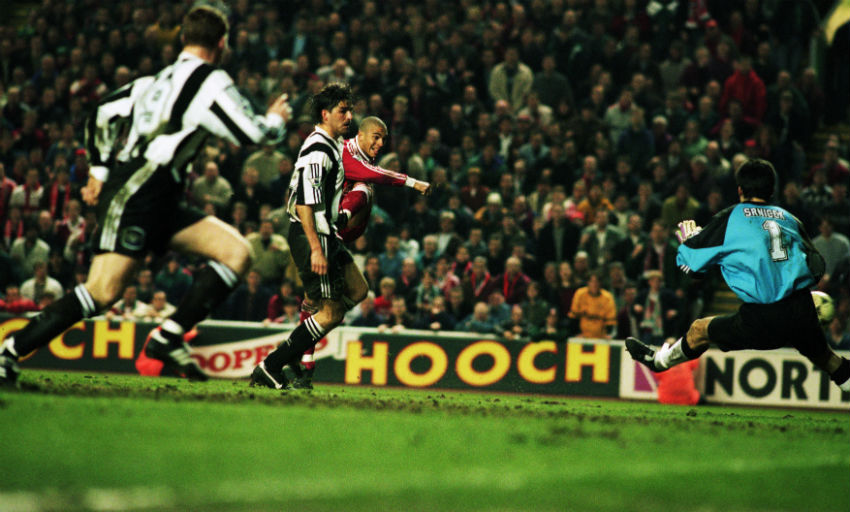 A later deadline - usually around midnight - for the second edition afforded reporters a bit more of an opportunity to make sense of the madness.

But that extra 90 minutes or so still probably wasn't enough time to really capture that iconic game and exactly what it meant.

"I've come home from games - both Liverpool and other games - and you feel almost deflated because you probably haven't done the game justice," Tanner admits. "You'd liked to have had more time to really formulate more words.

"I suppose that is the art of the profession really, the great writers are able to fashion those sort of words in an instant without having to think about it too much.

"Probably like the players, the adrenaline does carry you a long way and you get carried along by the excitement and adrenaline of the occasion."

They'd have to do it all over again in the following season's meeting as another basketball-style 4-3 ensued.

Watch: Late winners, sublime skills and a goal from Alonso's own half