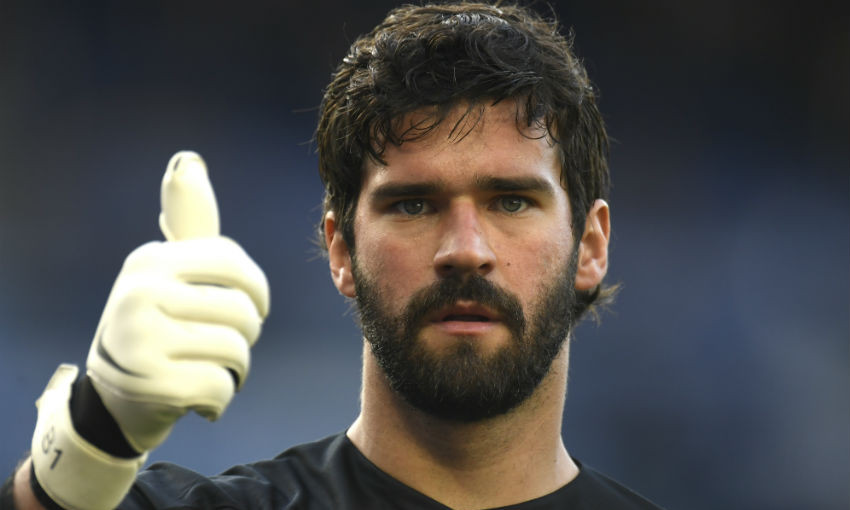 Alisson Becker is already targeting more trophies with Liverpool after adding the Premier League title to his increasingly impressive list of honours.

The Reds were crowned winners of the top flight for 2019-20 with seven games to spare last Thursday, meaning they currently hold the honour of being the reigning English, European and world champions.

Their No.1, though, is not yet satisfied.

“We did already something special for this club, but you can see from what every player says inside the dressing room that we want to do more,” Alisson told Liverpoolfc.com.

“This is our desire: we want to win more, win more titles for this club, win more individual awards. We want to be the best team and to be the best we can, the best version of ourselves. The sky is the limit so we need to keep pushing, we look forward also for the next challenge.”

Read on for our full interview with the Brazilian goalkeeper…

Alisson, congratulations - how does it feel to finally be able to say Liverpool are Premier League champions?

Thank you very much, congratulations for you also, for all the fans and for all the people who are involved in this. I feel great. Winning and being [a] champion is always something special, but being Premier League champion for the first time in the history of this club means a lot for us. I believe we put our names in the history of this club. We are part of something big here, we are doing our job on the highest level we can and we are winning great things. This is becoming something really special for me, for my life. This club will be part of my life and part of my history until the last day. 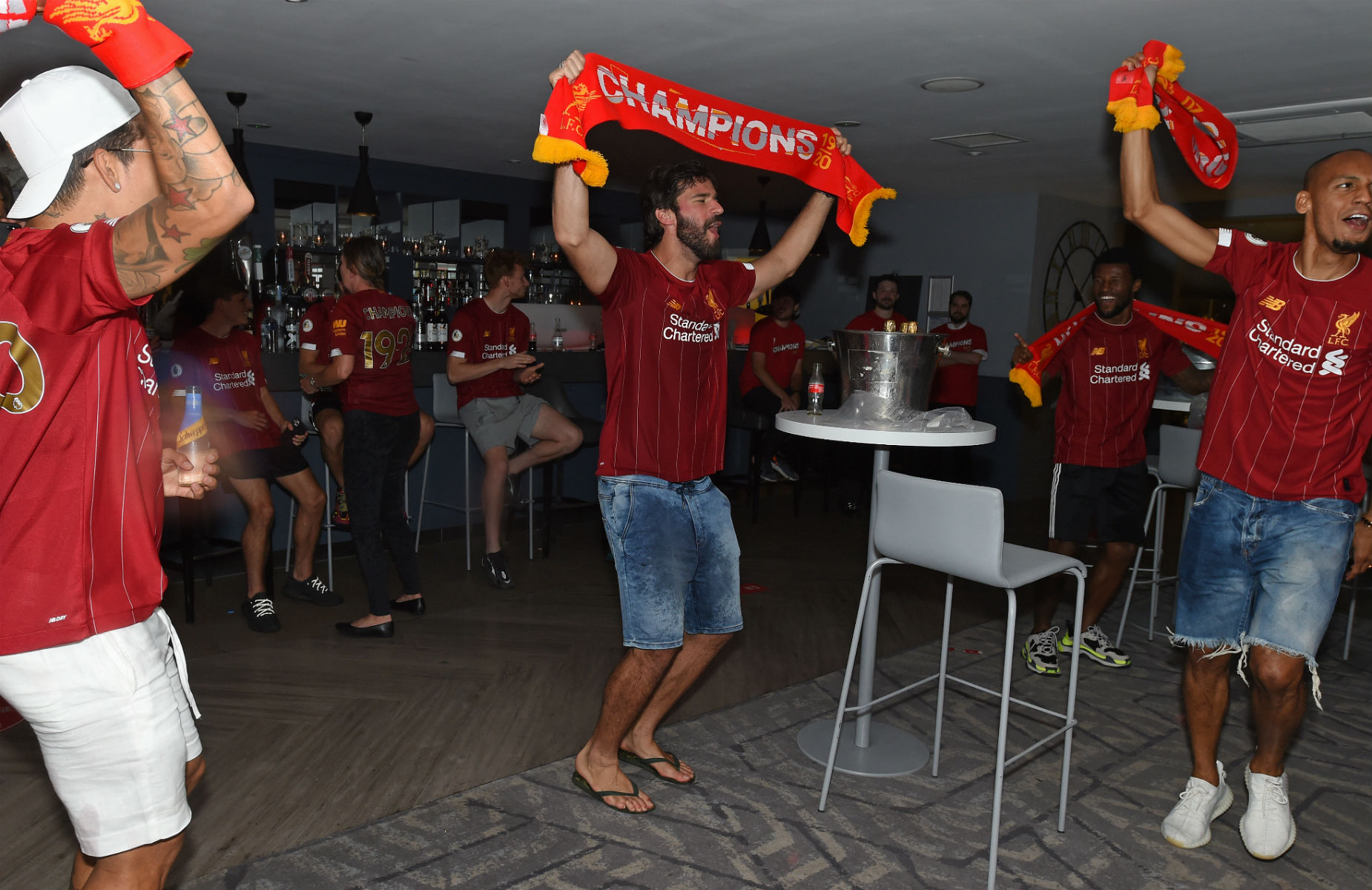 Describe your emotions on Thursday night. How much did it mean for you to be together as a team for that moment?

It means a lot because obviously we would like to be in another moment, to be together with the fans, together with the families celebrating all on the pitch at Anfield. I think this moment will arrive when we can do that - I hope so, that it will happen as soon as possible. But being together with the team means a lot, it means everything because we are involved here every day. We became a family, we train together, we spend a lot of time together preparing ourselves physically and mentally for the games and for the challenges and this was a big challenge for us. And then being there watching the [Chelsea v Manchester City] match, it’s something different for us because in all the moments we try to be focused only on our games, but we knew that we could become champions on that night so the boss and the staff did something special for us to be together and it was amazing. We celebrated a lot! Obviously we have a lot to do still, we have seven games in front of us and we want to give our best in the matches.

Did you speak to lots of people after the final whistle? Your phone must have been blowing up with messages?! 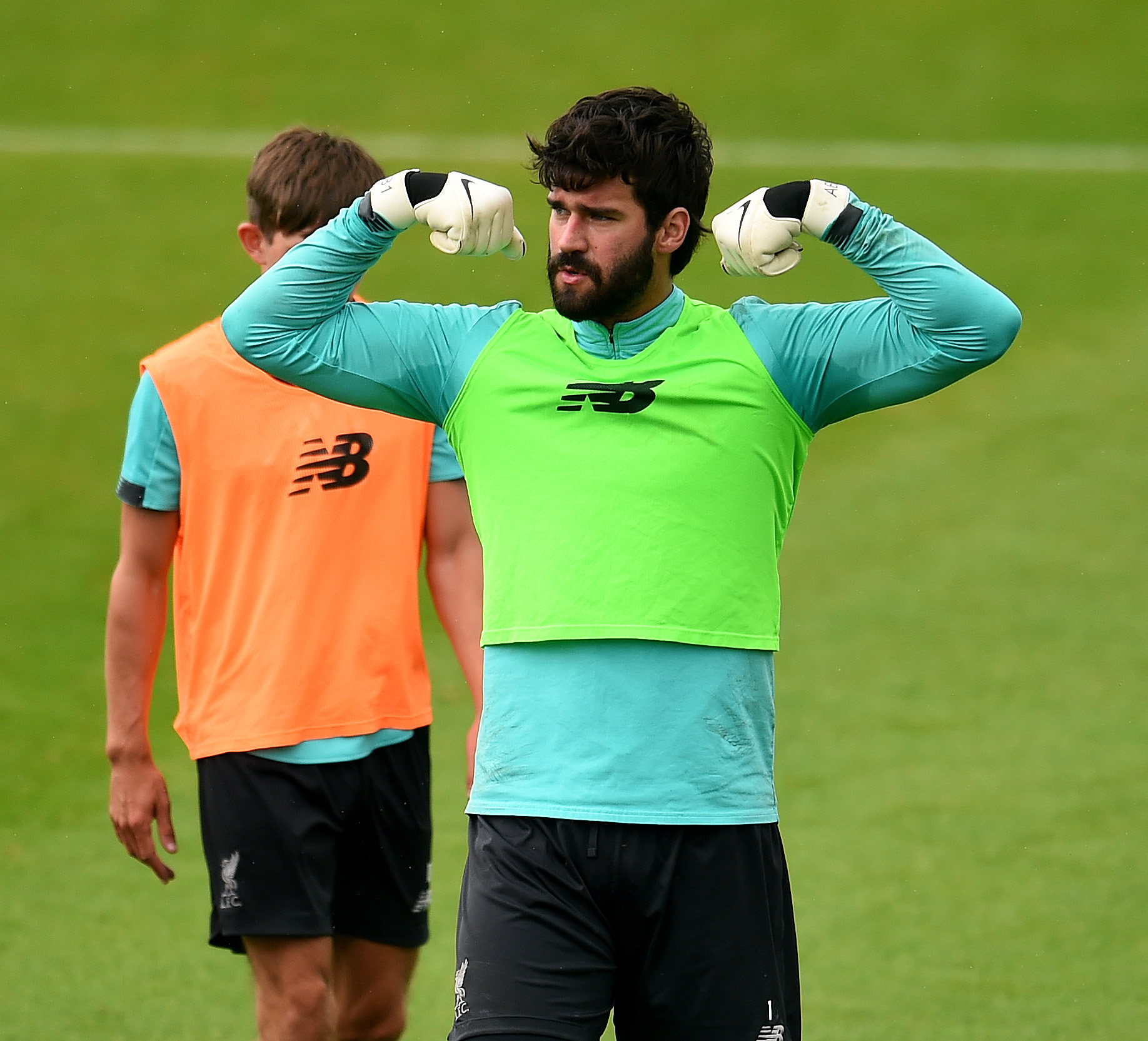 What was Sunday’s training session at Melwood like? The mood must have been amazing…

Yeah, it’s nice. We did a nice session and you can feel the excitement in the air. I think all the people from Liverpool, from the city, are feeling the excitement in the air, the atmosphere that we create – by ‘we’ I mean the players, the club and the supporters – here is unbelievable. So I think this is a gift from God, it’s a blessing for us to win this trophy for the first time and we need to celebrate a lot. We need to enjoy this moment and we need to keep our mind always focused because football is so quick, in two or three months we have another season coming and we want to do that again.

Can you put into words how much Jürgen Klopp means to you as players and how much respect you have for him?

The maximum respect I can have for a person, I have for him. There’s not many words that I could describe, maybe in Portuguese I can do that better! But yeah, he means, I think, everything for this club, for the squad. He brought us together here, he gave me the opportunity to come to Liverpool, he makes me feel special inside. My teammates make me feel special inside and the supporters also, everybody, but the boss has a special place in everything I think for everybody – for the club and also for the supporters because he gave his life to achieve those things that we are achieving. I will always respect him, have big respect for him, and also be thankful to him for bringing me here and giving me the opportunity to become a legend here for Liverpool. 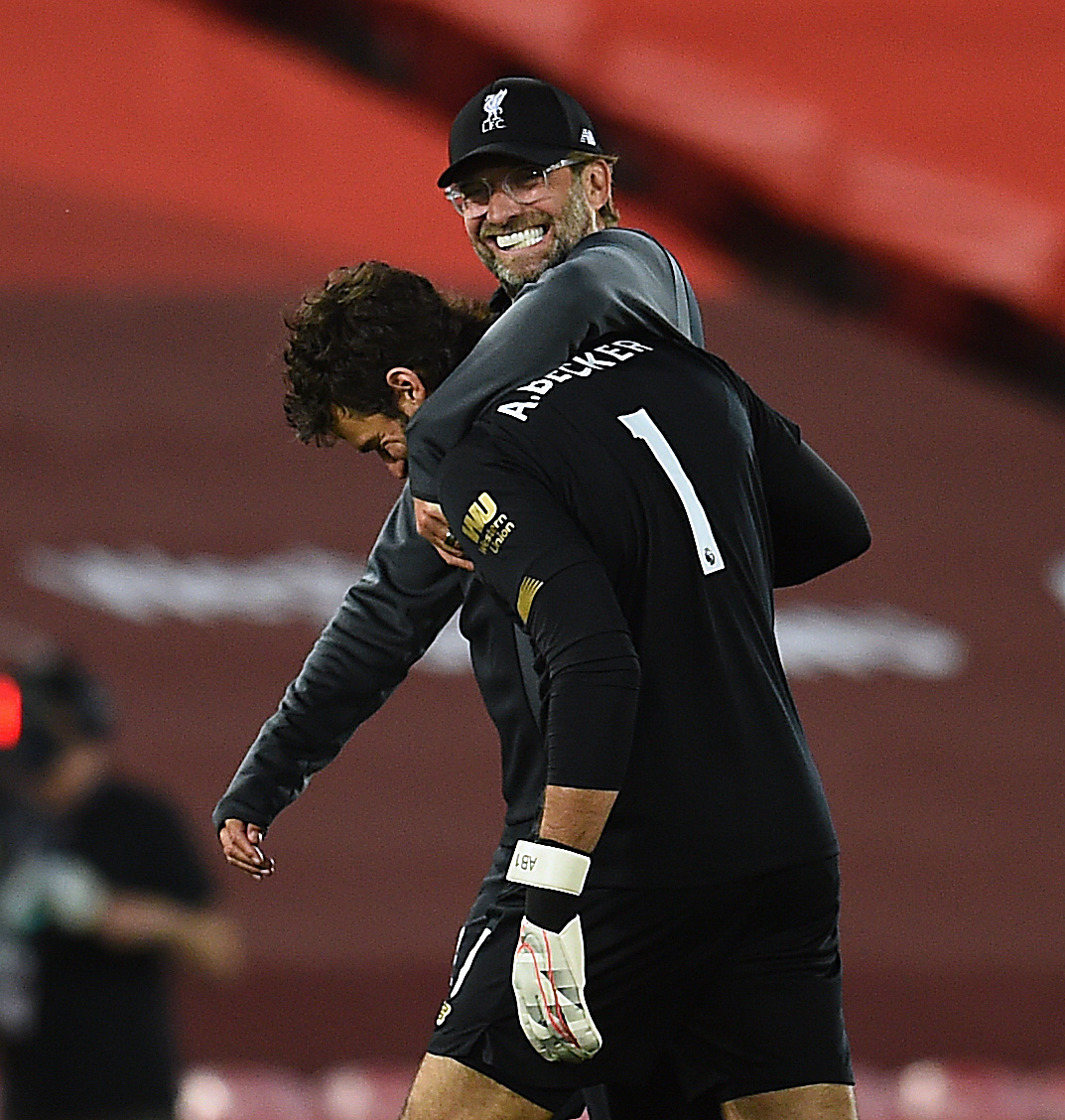 And do you have a message for the fans for the support they have given you this season?

Yeah, I just want to say thank you to all of you and I hope we will celebrate together soon and just stay safe please, because how soon [we can celebrate together] depends on us. It depends on how much we follow the rules, how much we take care of each other, so it’s time to celebrate but with sensibility and with being smart and in our homes with our families. At the right time we will arrive, we just need to be patient. We waited long for this title and we just need to wait a little bit more to celebrate all together and I will pray for that to happen as soon as possible.

Your two-year anniversary of signing for the club is coming up next month. Your time here so far couldn’t really have gone any better, could it?

Yeah, it’s been amazing. I expected a lot of things when I came here, I expected to fight for those things [trophies and individual awards] but you never [think] it will happen so quick, in two years. But when you see what this team is capable to do, you see that this can happen any time. We fight for this. It’s not only about my performances, it’s about the team performances because individual trophies and individual awards came together with the championships and the team success. What we did, again it’s special and I want to do more. I want to keep doing that, keep winning things. When you win the first title, the Champions League [for us], the desire for winning just grows inside of you so we want to keep winning.

One of the moments of the season was your assist for Mohamed Salah against Manchester United and the fans inside Anfield singing ‘We’re gonna win the league’ afterwards. Did that feel massive for you as players too?

Yeah, that game was massive but I think that shows our quality and shows our mentality. It shows what we are capable to do, it’s amazing what we did. Never did anyone win the Premier League so early, with seven games left to play, so we did a great achievement here. Not only being champion but the way we are doing it is special and I think until we won, until we became the champions, we had in our minds that we were not yet the champions so we need to keep going, keep pushing and find from inside of you the motivation that you need to make that happen. Then, now that we are champions we need to bring from inside the same motivation to keep going, keep making this even more special and keep playing for us and doing the best that we love with our passion – showing our best for the supporters.

How much will it mean to walk out to face Manchester City at the Etihad Stadium on Thursday as Premier League champions?

It will be a nice experience because they won twice in a row. They have a top side: a great team, great players, it’s always difficult to play against them. It will be special, it will be a special game. Being there as a champion, I believe they will respect us for that because they know how difficult it is to be champions of the Premier League so they will have big respect for us – as they already have, because we always make it hard for them on the pitch and they also make things harder for us on the pitch. It will be a nice game and we will respect them also, but we will go there different only from the outside perspective, being there as champions. From the inside we are still the same team who has the desire to win.

Finally, it’s going to be difficult to top the last couple of years but what are your hopes and ambitions for this team moving forward?

I think only we put limits [on ourselves] and God, so I believe God gives us the choice to choose what we are going to do, what we want to do. We did already something special for this club, but you can see from what every player says inside the dressing room that we want to do more. This is our desire, we want to win more, win more titles for this club, win more individual awards. We want to be the best team and to be the best we can, the best version of ourselves. The sky is the limit so we need to keep pushing, we look forward also for the next challenge. Now the next challenge is the next game, but in a long perspective we have the next season and we will do everything to win that again.