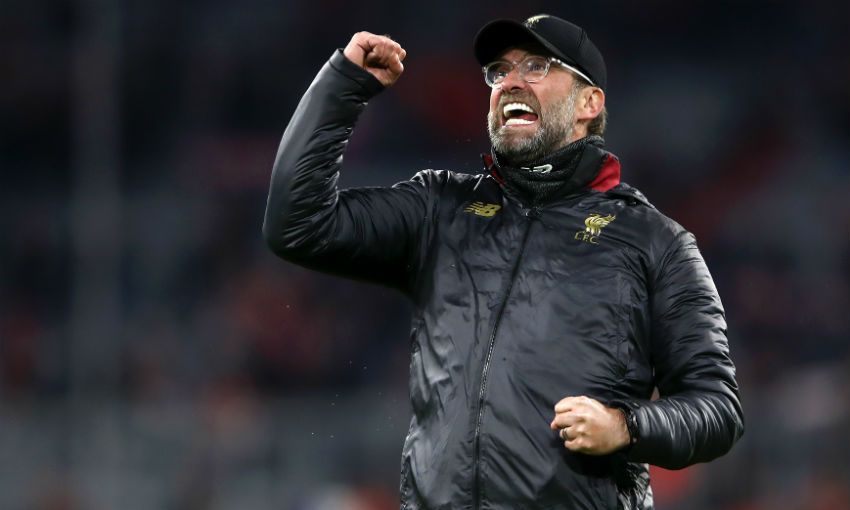 Jürgen Klopp was asked whether he wanted those soon-to-be-viral videos of himself, family and friends singing in the hours after the Champions League final defeat to Real Madrid posted on social media.

'Yeah, why not? Go on' came the reply from the usually private Liverpool manager.

He was asked again, just to be sure. The answer was the same.

Campino, the lead singer of German rock band Die Toten Hosen and close friend of Klopp, had starred in the boisterous scenes at 6am. He had an idea in mind to share the videos on his band's Facebook page.

"I called my office," Campino recalls to Liverpoolfc.com. "And they called back three times to say, 'We'd recommend you don't publish it because we can see you had a little drink'.

"Three times they called and I asked Jürgen twice, 'Hey, the office thinks it's not a good idea.'

Within minutes, the footage had gone everywhere. It was interpreted as a defiant message in spite of such disappointment.

We saw the European Cup,

We swear we’ll keep on being cool,

We’ll bring it back to Liverpool.

But the mood inside the Klopp camp on the morning of May 27 was not always like that.

After flying directly into Liverpool John Lennon Airport following the game, sleeping was a struggle as the misfortune of the events that unfolded in the NSC Olimpiyskiy Stadium initially took its toll. 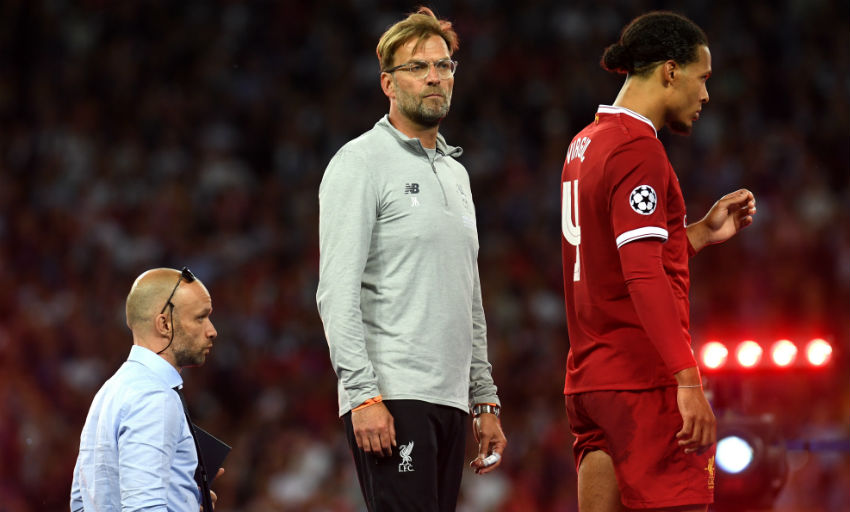 "Especially in the beginning, it was a pretty sad meeting," Campino, whose real name is Andreas Frege, says. "But then we decided to take a U-turn and realised, 'OK, actually there's no reason to let our heads down.'

"It was a reaction that a lot of people could understand in that moment. It was not taking things too easy or not caring about what happened.

"You could either cry about the defeat or you could try to have a laugh. We decided to go for the second one, stay positive about it."

One year on and Liverpool are competing in the biggest game of European club football once again.

It is after a domestic season that saw the Reds amass the third-highest points total in top-flight history, while emerging through tests with Napoli, Paris Saint-Germain, Bayern Munich and Barcelona en route to this Madrid final.

"I must say this is one of the big qualities of Jürgen, that he's very quick in analyses of the games," Campino stresses. "I'm very sure he's the most disappointed person of all if things go wrong. But he's got a great way of getting up again and get going again.

"I think he's absolutely fantastic in turning things to a positive view and learning out of mistakes or bad situations.

"Even if they had won the Champions League last year, the team would not by far have been where he wanted it to be.

"It was clear that it was just one step of many on the way to further development. Obviously, he was going to need a little time building his perfect team.

Campino's friendship with Klopp is as long as his reign at Anfield. It all began when Campino, a Liverpool supporter since the age of nine, sent the recently-appointed boss a text message in October 2015.

'Hi Jürgen, welcome to my club. Do me a favour and don't mess it up!'

"He sent a smiley back and said whenever you're over, come and say hello," the 56-year-old remembers.

"At one home game, I said I was in town and we arranged a meeting. That was the beginning of a really nice relationship - not only with Jürgen, but the whole family and gang.

"When I got to know him better, I really appreciated that he wasn't simply doing the job because he had a good contract.

"I could see that with full heart and full passion, he really threw himself into English life, into the life of Liverpool.

"He's a ‘24 hours a day’ kind of person and constantly thinks about Liverpool FC. That makes it really special.

"He can allow himself [to do that] because he's got a great surrounding. He's got some friends who are also workmates, like Pete Krawietz and people he has had a really long relationship with. In addition, he's got a family that is 100 per cent behind him."

Campino will be among those of a red persuasion at the Estadio Metropolitano on Saturday for the encounter with Tottenham Hotspur.

In the possible event of the club lifting its sixth European Cup, is he already planning songs in victory this time?

"I forbid myself to think about lines in case we will win it," he responds. "Because if we do win it, we'll be quick as hell to invent a new song anyway.

"I certainly don’t allow my mind to go there just yet because I'm a bit scared that I provoke misery if I do so. You should never organise a party before the thing is won.

"But if we win, I promise that it's going to be a better song!"