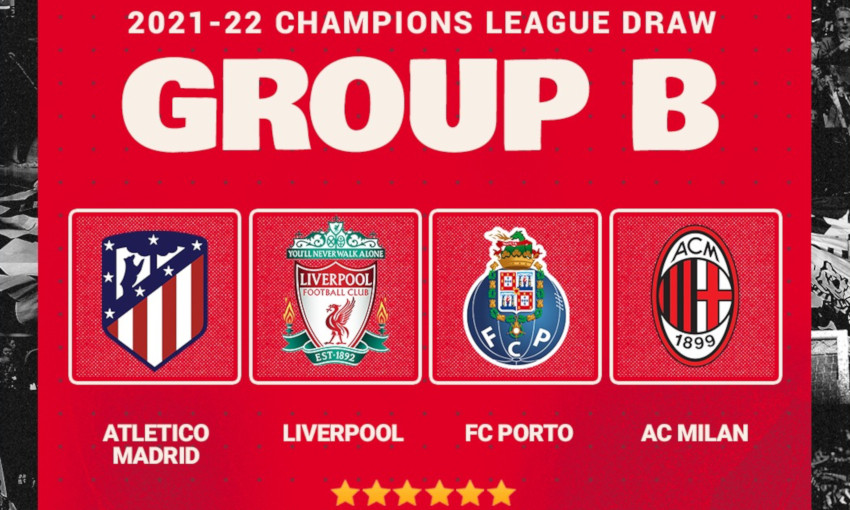 Thomas Gronnemark: 'Jürgen's call was the most important of my life'

Liverpool now know the group-stage opponents they will face in their latest Champions League campaign, following Thursday's draw in Istanbul.

The six-time European champions are set to tussle with some very familiar foes when the phase begins next month, with Atletico Madrid, FC Porto and AC Milan their fellow sides in Group B.

Being drawn with Atletico Madrid signifies one thing immediately: a return to the place where Liverpool enjoyed one of their greatest nights: Estadio Metropolitano, where the Reds defeated Tottenham Hotspur in the 2019 Champions League final.

What it also tends to signal, however, is extremely intense and hard-fought football matches, and the forthcoming meetings are likely to be no different given Diego Simeone’s side enter this year’s competition as reigning Spanish champions. Los Rojiblancos led La Liga for the final 27 rounds of last season, holding off late charges from Real Madrid and Barcelona to nervelessly seal their 11th league title by a margin of just two points.

Squad-wise, Simeone’s group remains largely similar to the one that ground out a 3-2 extra-time win at Anfield in the last 16 of the Champions League in March 2020, in what proved to be the final Liverpool home game played in front of a full house until last Saturday against Burnley. Their most notable addition since then continues that theme of familiarity and reunions, Luis Suarez. The former Reds forward proved his instincts in front of goal were as sharp as ever last season, scoring 21 La Liga goals for Atleti after his summer switch from Barcelona. 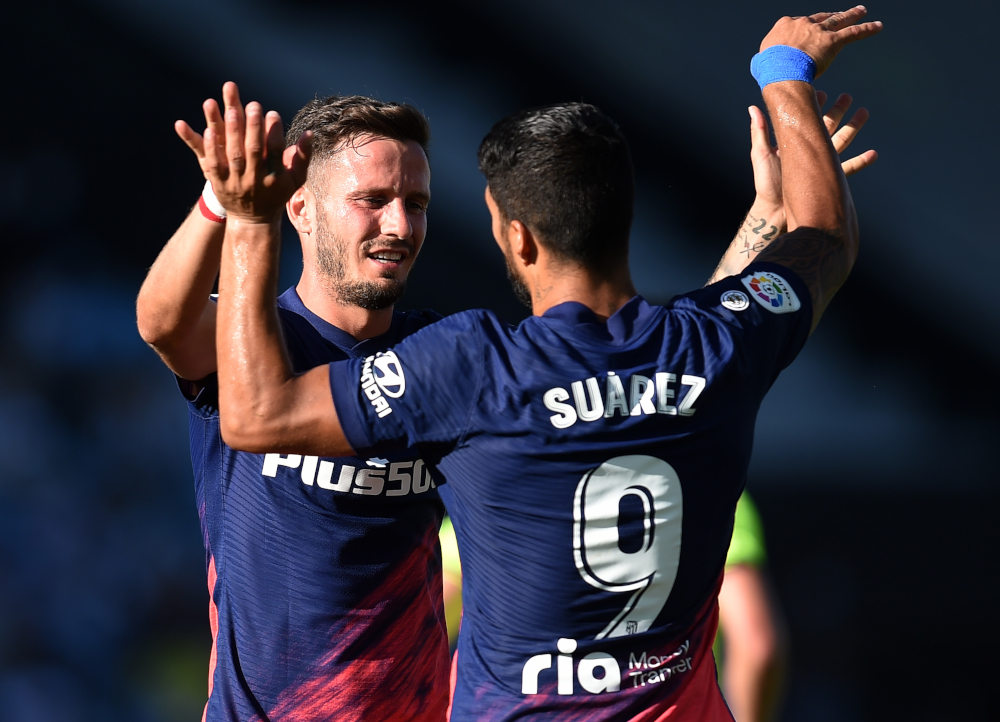 This year, Atleti’s two main captures are South Americans coming off busy and satisfying summers. Playmaker Rodrigo De Paul arrives from Udinese after helping Argentina lift the 2021 Copa America, while striker Matheus Cunha was bought from Hertha BSC having scored in the final when Brazil won the Men’s Olympic Football Tournament in Japan.

Narrow wins were the order of the day for the three-time European Cup runners-up last season, and they have begun the new term in a similar vein, beating Celta Vigo and Elche 2-1 and 1-0 respectively so far, with Argentine forward Angel Correa on the scoresheet both times.

FC Porto had a disappointing campaign by their own high standards last term, finishing runners-up behind Sporting CP in the Primeira Liga and winning only one trophy: the Portuguese Super Cup.

But a closer look at a season where they reached the quarter-finals of the Champions League – knocking Juventus out along the way – and lost just twice in the league suggests that coach Sergio Conceicao certainly hasn’t lost his touch. The former Inter Milan and Lazio winger has won five trophies in four seasons at Estadio do Dragao. 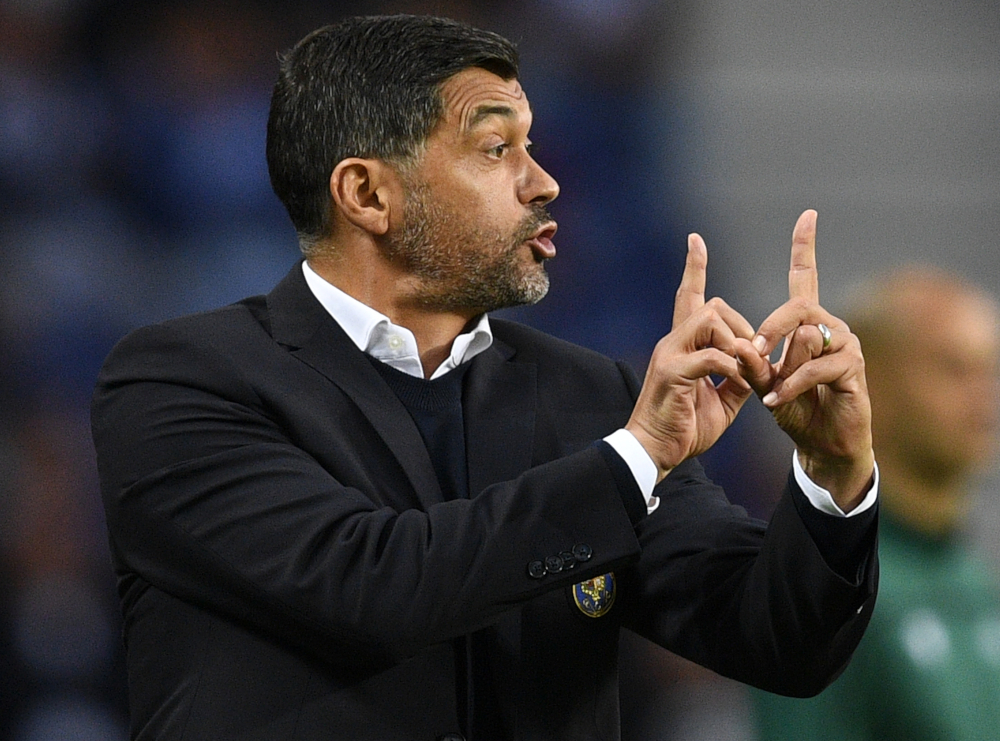 Porto’s admired scouting network has bequeathed Conceicao a squad full of talent from nations as diverse as Nigeria, Colombia and Iran, not to mention yet another familiar face in the form of Marko Grujic, the Serbia midfielder who left Liverpool to join ‘The Dragons’ in July, following a successful loan spell last season.

The 2004 Champions League winners were two points off the top of the Primeira Liga after three games, a 1-1 draw at Maritimo last weekend puncturing their 100 per cent record.

To date, Liverpool are unbeaten in eight continental clashes with Porto down the years. Most recently, the Dragao twice served as one of the Reds’ stops en route to the Champions League final, Jürgen Klopp’s men winning there 5-0 in the last 16 three years ago and 4-1 in the quarter-finals two years ago. The former is especially well remembered for torrential rain, dazzling counter-attacking football and one of the first major renditions of the anthem that was to become Allez, Allez, Allez.

The iconic AC Milan side floored by Liverpool’s legendary comeback in Istanbul 16 years ago was in the groove of reaching Champions League finals, doing so once every two years between 2003 and 2007. What’s novel about I Rossoneri’s presence this year in a tournament they have won more times than any club barring Real Madrid is that they almost feel like newcomers.

Indeed, this is the first time Milan have qualified for Europe’s premier club competition since the 2013-14 season, hence why they were able to spring out of pot four and complete what some will consider the closest thing this year’s competition has to a ‘group of death’.

Stefano Pioli’s side certainly earned their spot, providing one of the storylines of Serie A last term with an unexpected title charge that tailed off in the spring, before the division’s youngest team rallied once again to clinch a second-placed finish with an impressive last-day win at Atalanta.

The youthful vigour of the squad is balanced out by the presence of veterans Zlatan Ibrahimovic – now nearly 40 – and Simon Kjaer, while the accomplished Ivorian Franck Kessie is the driving force in midfield. Overseeing it all is former Fiorentina defender Pioli, finally proving himself at a big club after 13 prior management stints up and down the length of ‘The Boot’. 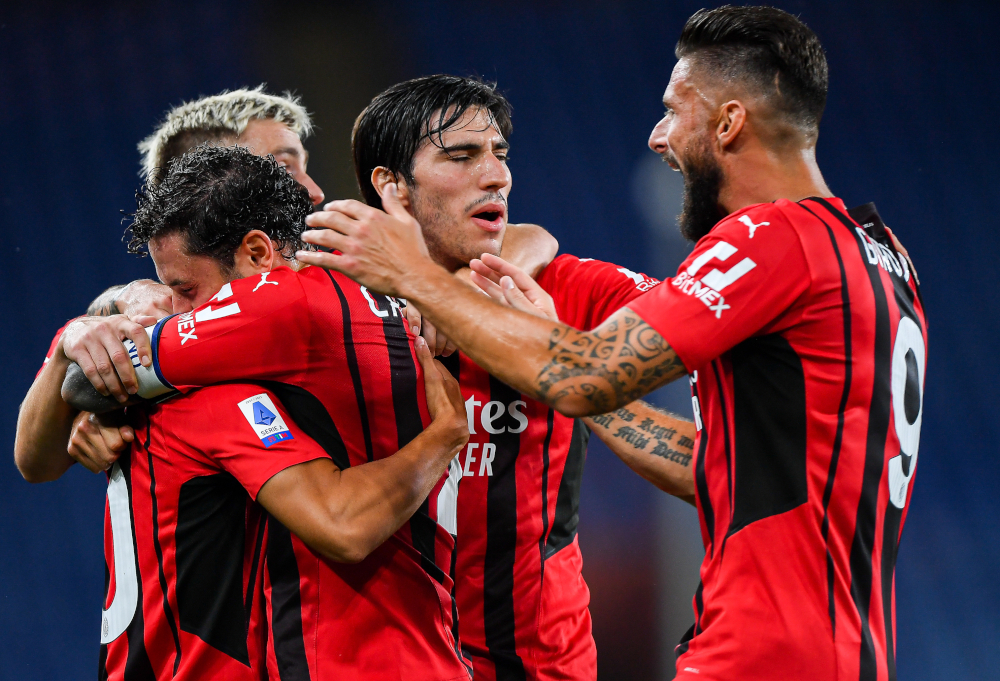 The San Siro outfit have had a busy summer in the transfer market, too, replacing Euro 2020 Player of the Tournament Gianluigi Donnarumma with former Lille man Mike Maignan between the sticks, adding the experience of Olivier Giroud up front, and bringing in another Italian Euro 2020 winner – versatile defender Alessandro Florenzi – on loan from Roma.

Milan have played just one league game thus far, eking out a narrow 1-0 victory away to Sampdoria on Monday, the winner netted by former Manchester City youngster Brahim Diaz.