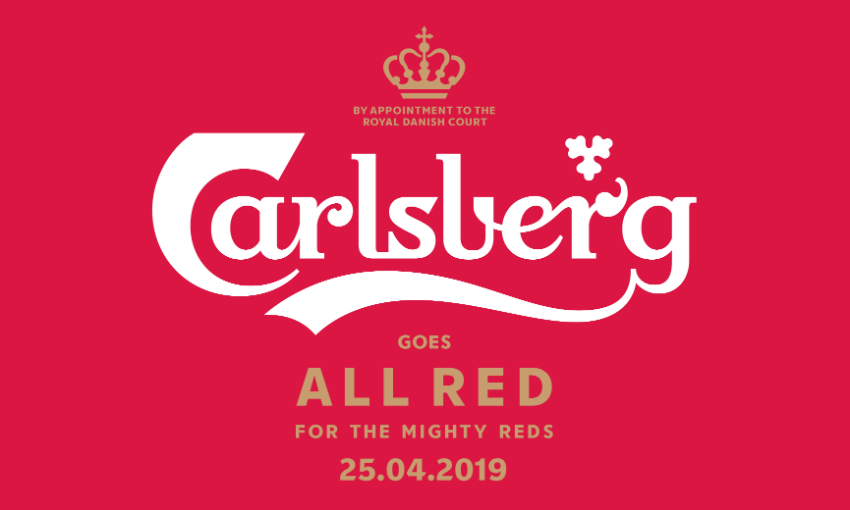 Carlsberg have released a limited-edition red beer brewed specially for Liverpool fans that celebrates the decision made by Bill Shankly for the club to play in an all-red kit.

The beer - named Red Barley - will be launched at Anfield ahead of the Reds' Premier League encounter with Huddersfield Town on Friday before being shared with Liverpool fans across the world.

Teams wearing red win more - that was the view of Shankly when the legendary manager famously swapped his team’s white shorts and socks for red ones. It was a choice that preceded the club’s most successful period and has stood ever since.

To celebrate this historic move, and a relationship with Liverpool FC which spans 26 seasons, Carlsberg has worked with its brewmasters and scientists at the Carlsberg Research Laboratory in Copenhagen to go all red especially for Liverpool fans. That’s an all-red label, bottle and brew.

The legendary Ian St John, who made 425 appearances for the club and was part of Shankly’s team that switched to all red, said: “When our boss, Bill Shankly, told us we were wearing all red - the players were 100 per cent behind the decision and it proved to be a great move.

"He thought it would make us feel seven foot tall, and it really did give you the feeling of power. From then on, the all-red Liverpool kit has become iconic in world football.”

Shankly was not the only person to claim that teams in red are more successful. In more recent years, researchers have shown that red sports teams are more likely to win - due to the psychological effect of wearing a colour that, throughout evolution, has symbolised dominance and status.

Russell Hill, Professor of evolutionary anthropology at Durham University, who has conducted scientific research studies on the influence of red in sport, said: "Research shows that the colour red has been perceived as dominant throughout evolution in sporting competition.

The 4.6 per cent ABV pilsner gets its distinctive colour from using a barley variety that is naturally red - curated by barley experts at the Carlsberg Research Laboratory, famous for groundbreaking discoveries including the pH scale and purified yeast.

Birgitte Skadhauge, head of the Carlsberg Research Laboratory, said: “When we were set the challenge of brewing an all-red beer for Liverpool FC fans, as part of our constant pursuit of better, we knew it wouldn’t be easy.

"Unlike traditional red ales, the red colour of this pilsner comes from the outer shell of the red barley variant - which has a relatively low climate resistance and has therefore proved tricky to grow in the quantity we required for brewing.

"It’s taken over a year of experimentation, but we’re delighted that our team have finally been able to crack it. We brewed this special beer for Liverpool FC fans and we hope they enjoy it.”

Carlsberg’s partnership with Liverpool FC is the longest in the Premier League, spanning 26 seasons.

In 2017, the Danish beer brand celebrated its 25-year anniversary by brewing a limited-edition beer with ‘red hops’, which used unique research and state-of-the-art technology to harness the fan atmosphere of 25 years of Liverpool matches.