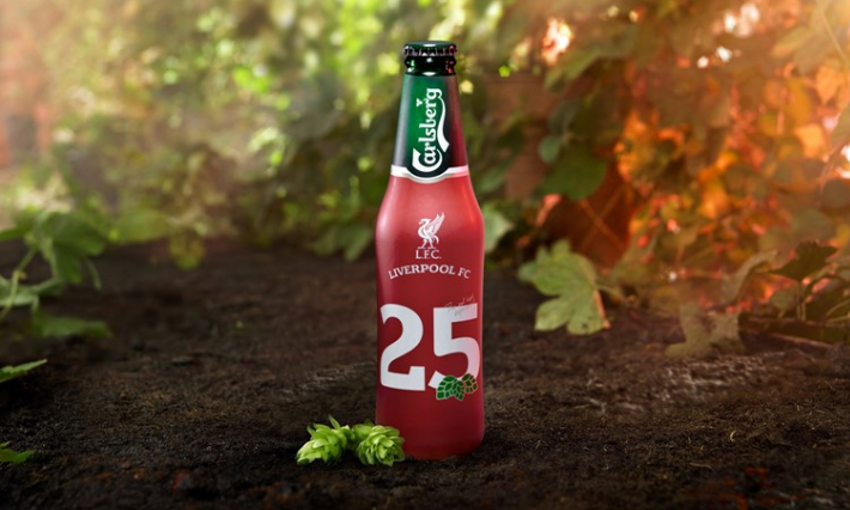 A special Liverpool FC-infused version of Carlsberg will be available to sample at the Anfield clash with Huddersfield Town on Saturday.

The limited edition beer has been brewed to celebrate the 25th anniversary of their partnership with the Reds, using unique research and state-of-the-art technology that harnessed the atmosphere created by fans during the past three decades.

Scientists at the Carlsberg Research Laboratory in Copenhagen have cultivated the red hop plants for the drink by immersing them in footage of LFC matches and the sound of our passionate supporters.

Carlsberg and the club believe the unique process – which was made possible by the installation of a 360-degree video screen and powerful sound system at the brewery’s greenhouse – has produced a beer flavoured with 25 years’ worth of highs and lows in modern Reds history.

And you can taste it for yourself this weekend.

Just visit the fan zone at Anfield before the Premier League game against Huddersfield to sample a drink like no other – the Carlsberg Liverpool FC beer.

Plus, one lucky supporter who purchases a standard Carlsberg at the Family Park will be chosen at random to be upgraded to the Carlsberg Lounge inside Anfield and take part in special half-time activity with Reds legend Robbie Fowler.

Video: See how the special beer was brewed