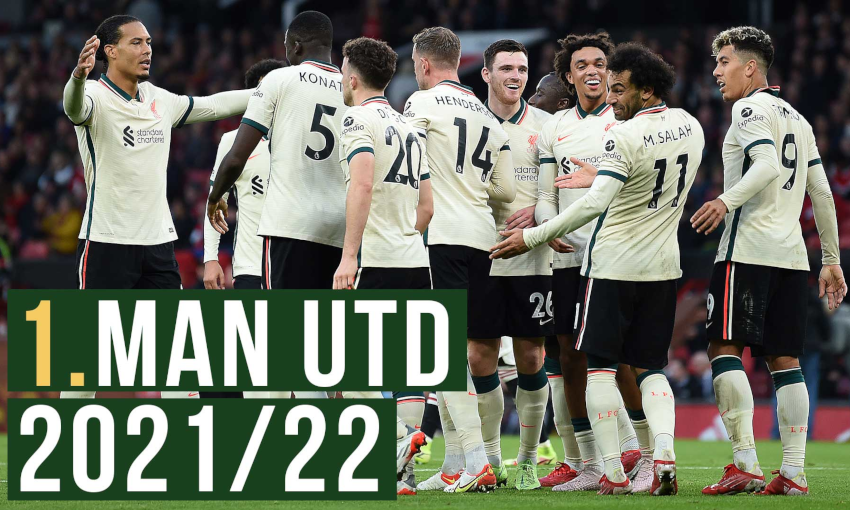 Liverpool's stunning 5-0 victory over Manchester United at Old Trafford in October 2021 has been voted the Reds' best Premier League match.

To celebrate the 30th year of Carlsberg’s partnership with the club, fans were recently asked to select their favourite top-flight games during that period.

In recent days, Liverpoolfc.com has been counting down towards the No.1 in reverse order - and finally we can reveal that the match taking the crown is an unforgettable win against the Red Devils.

Mohamed Salah tormented the hosts' backline in the fixture last year, bagging a hat-trick alongside goals from Naby Keita and Diogo Jota.

Keita opened the scoring for the Reds with a cool finish, before Jota slid in unmarked to quickly add a second from a Trent Alexander-Arnold delivery.

Salah recorded his first by thumping the ball into the roof of the net and then swiftly notched his second thanks to a low effort past goalkeeper David de Gea.

The Egyptian's third, which came shortly after the half-time interval, was perhaps the pick of the bunch, with Salah racing on to a masterful pass from captain Jordan Henderson to convert and round off the scoring.