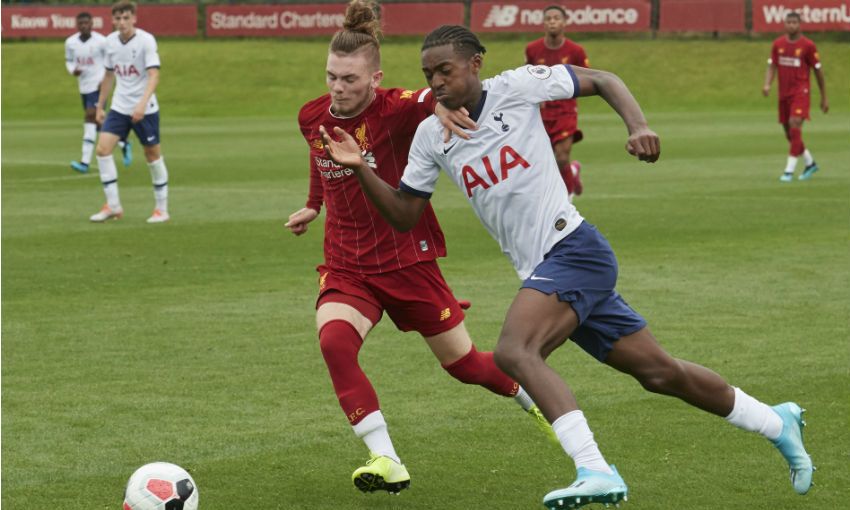 Liverpool U23s were defeated 4-0 by Tottenham Hotspur in their opening game of the Premier League 2 season on Saturday.

The young Reds created several presentable goalscoring chances throughout the contest at the Academy, but were undone by Spurs’ comparatively clinical finishing.

Tottenham took the lead in the seventh minute, when Dilan Markanday escaped Yasser Larouci and sent in a cross from the right, with a neat touch by Jamie Bowden enabling Kaziah Sterling to net the opener.

Liverpool responded strongly to that early setback, however.

Curtis Jones drove a shot over the crossbar, before a sharp one-two between Harvey Elliott and Rhian Brewster gave the latter the space he required to strike powerfully at goal, but Tottenham goalkeeper Brandon Austin was equal to the striker’s effort.

Elliott then created two chances in quick succession for Elijah Dixon-Bonner, who was first denied by TJ Eyoma’s last-ditch interception before then sending a header over the bar.

Bowden and Jones then exchanged attempts, the Liverpool midfielder forcing Austin into a fine stop after a weaving run into the box, but the visitors went in ahead at the interval. 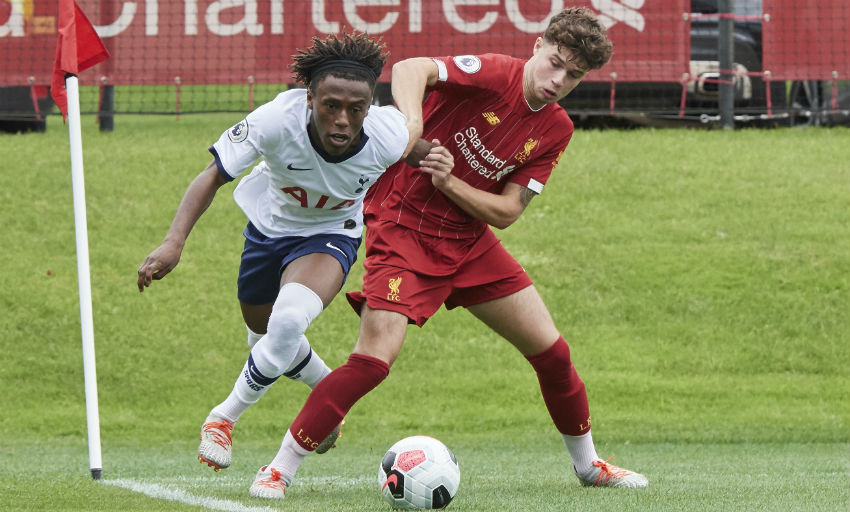 Early in the second period, Pedro Chirivella found Brewster with an excellent pass, but the forward’s low cross targeting Dixon-Bonner had too much pace on it for the midfielder to make a connection.

Morgan Boyes sent a free header from a corner wide soon after, and the young Reds were made to pay for their profligacy by Tashan Oakley-Boothe with 64 minutes on the clock, when Tottenham’s No.10 turned in the area and finished emphatically.

Sterling, from the penalty spot, then netted his second of the afternoon and Shilow Tracey rounded off the scoring late on as Liverpool’s season got off to a frustrating start.