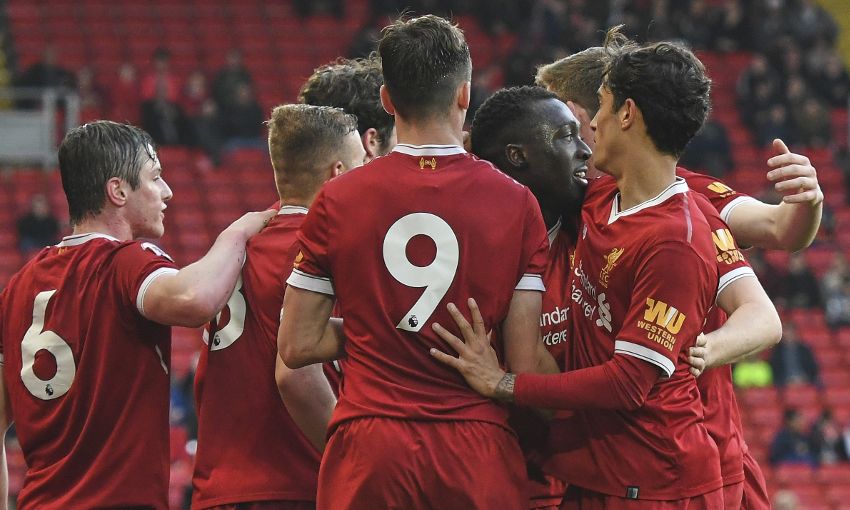 Liverpool U23s signed off their Premier League 2 season in style with a 5-1 win against Chelsea at Anfield that confirmed a second-place finish for 2017-18.

Neil Critchley’s side were full value for their victory at the first-team stadium, with George Johnston (two), Bobby Adekanye and Yan Dhanda (two) the goalscorers on a fine evening in L4.

Liverpool settled into the game with ease, shrugging off several physical challenges from the visitors in the early stages to establish control of possession.

The closest they came to an opener, however, was from a direct route 12 minutes in.

Johnston’s run was well judged to meet Dhanda’s corner-kick delivery from the left side with a diving header that drifted narrowly wide of the post via a deflection.

If that was a trial run for the No.5, he learned his lesson brilliantly.

Because when Adam Lewis swung in a 21st-minute corner from the right flank, Johnston ducked away from his marker at the near post and carefully planted a header into the other corner. 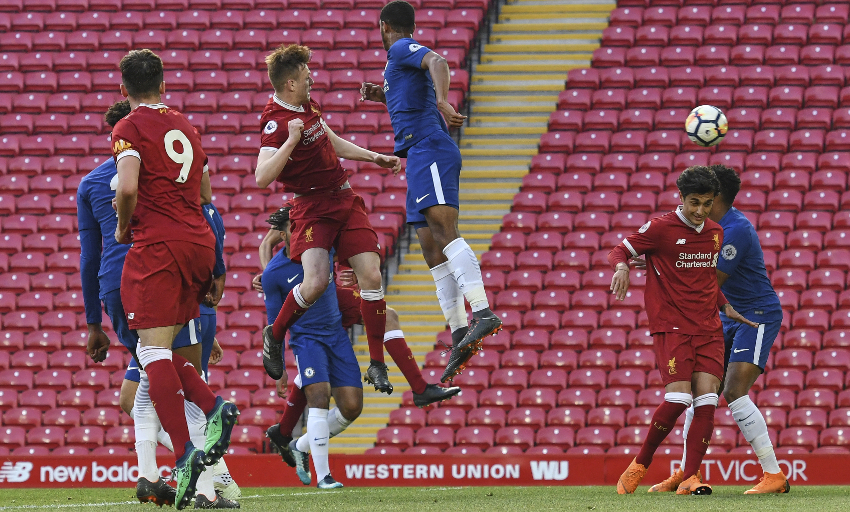 The young Reds’ advantage was almost wiped out within moments.

Jacob Maddox’s lofted pass into the centre of Liverpool territory was an invitation for Callum Hudson-Odoi, who delicately moved the ball around the recovering Corey Whelan but sliced his subsequent drive off target.

Suddenly, it was an end-to-end contest.

Herbie Kane sidestepped Ruben Sammut and then Joseph Colley to jink into a shooting position 20 yards out – and his curler towards the top right corner was not too far away.

Then Chelsea wide-man Juan Castillo failed to make the most of time and space at the back post, found by Reece James’ deep right-wing cross, by volleying his effort harmlessly the wrong side of goal.

And the hosts made them pay four minutes before the break.

Kane won the ball in the opposition half and carried it forward until the best option appeared. That was Adekanye, to his right, who slalomed around Josh Grant inside the box and slammed an unstoppable shot into the roof of the net for 2-0. 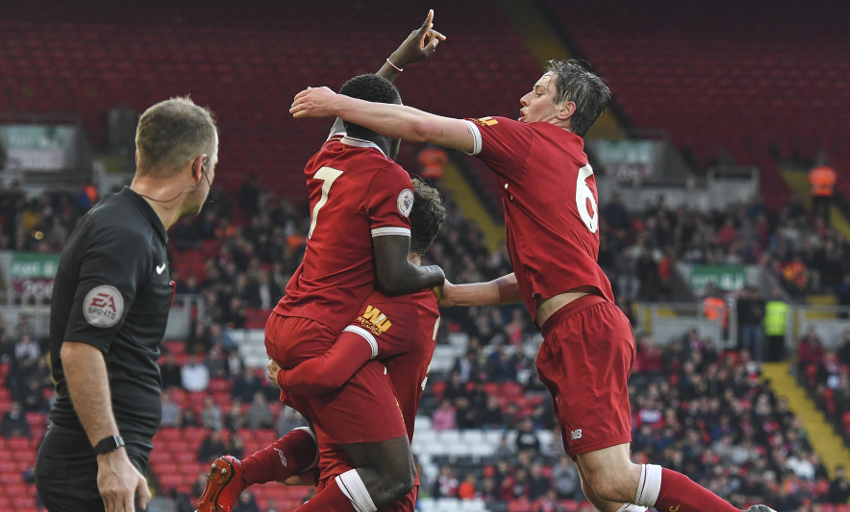 There was still time for another Chelsea chance. Seconds after a Liverpool attack broke down, Charlie Brown got free in behind – one-on-one with Kamil Grabara – but clipped his finish inches wide of the left post.

The Reds picked up the pace straight from the restart at Anfield, with Blues goalkeeper Marcin Bulka forced to push away a Liam Millar punt and then a looping ball off the shoulder of Johnston.

He was helpless to prevent Liverpool’s third goal of the night on 50 minutes, though.

Lewis’ Kop-end corner from the right was handled in the box by James and, despite Johnston flashing in the loose ball, the referee called for a spot-kick. Dhanda ruthlessly dispatched it into the top left of the goal.

Chelsea responded just before the hour mark, when Brown raced into space and, having drawn Grabara out of goal, unselfishly squared for substitute Martell Taylor-Crossdale to tap into the unguarded net.

But, fittingly, the last words went to Liverpool. 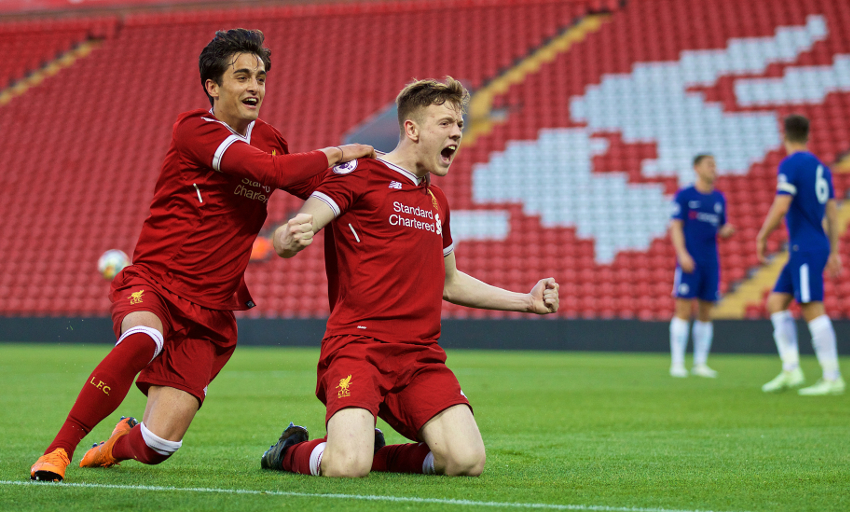 Yet another superb Lewis delivery, from the same position as the previous goal, teed up centre-back Johnston for a cool header over the ‘keeper.

And, in the fourth minute of stoppage-time, Dhanda swerved in an excellent shot from the left edge of the area to seal a handsome success and second place in Premier League 2.