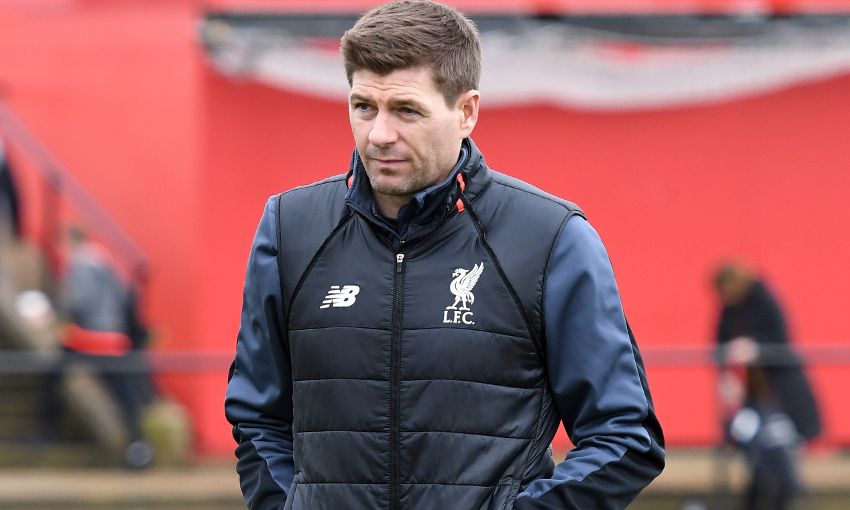 It was a day of frustration for a youthful Liverpool U18s side as they lost 4-1 at West Bromwich Albion on Saturday morning.

With the likes of Curtis Jones and Rafael Camacho on first-team bench duty in the Merseyside derby at Goodison Park, and a number of players involved with the U23s last night, it was one of the youngest teams selected by Steven Gerrard this season.

The home side started brightly and built up a 2-0 lead.

Fidel O'Rourke then got the young Reds back into the game with a header following a Jack Bearne free-kick. However, with Gerrard's side pushing for an equaliser West Brom exploited the space and scored two more goals to make it 4-1.

Reflecting on the game, Gerrard told Liverpoolfc.com: "It was tough, we've got very limited options at the moment and we had three U15 players in the squad and a couple of trialists.

"It's very tough and it's a different group of players to what we had a few weeks ago, but we've got to carry on and keep giving our very best.

"We managed to get back in the game when we made it 2-1 and we were then thinking the next goal is massive, but once it went to 3-1 there was no way back and we didn't deserve anything out of the game."