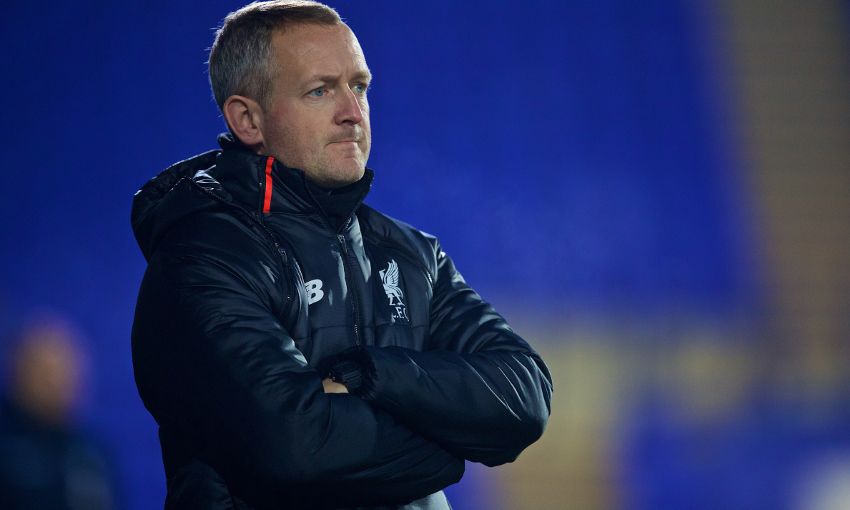 Liverpool U23s suffered a blow to their Premier League 2 title hopes as they were beaten 4-0 by Leicester City at the King Power Stadium.

Neil Critchley's team went into Monday's fixture ahead of their hosts by virtue of goals scored but surrendered their place at the summit on an evening to forget.

The forward still had plenty of work to do with defenders moving to close him down, but found the space to squeeze a shot beyond Kamil Grabara.

The early goal provided a platform for Leicester to dominate the remainder of the half, though they initially found themselves unable to capitalise on their ascendancy.

Gordon saw one attempt dribble just wide thanks to a Grabara touch and before he was foiled by the Pole again in trying his luck from distance.

But Liverpool could only hold out until the half-hour mark when George Thomas benefited from a brilliant Barnes through-pass and fired beyond Grabara.

It could have been worse for the visitors at half-time had Grabara not produced a fine stop from a Hamza Choudhury drive before the break but Leicester started the second period in similar vein to the first.

And they quickly had something to show for it, too, as Barnes doubled his personal tally with a tap-in from an inviting ball across the box shortly after the restart.

LFCTV GO: Watch highlights from the clash at Leicester City

Critchley's team enjoyed greater success in managing the hosts' threat as the half wore on, and were unfortunate not to grab a consolation goal when Rafa Camacho and Liam Millar were both denied by Daniel Iversen in quick succession with 15 minutes remaining.

But, while they found gaps in the Liverpool defence less easy to come by, an impressive Leicester still carried threat from set-pieces, and underlined that in netting a fourth late on.

Sam Hughes was the scorer, the defender rising highest to head a free-kick over Grabara and into the goal to put the seal on a disappointing night for the young Reds.