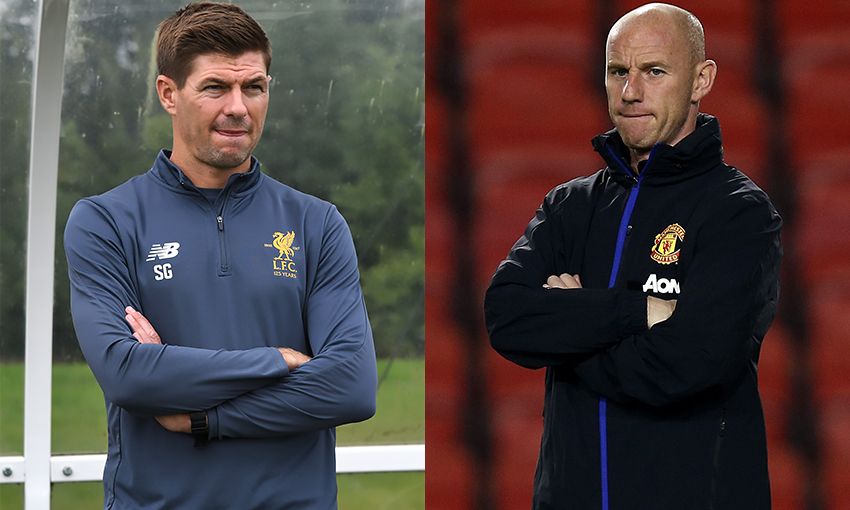 The two former England midfielders went head-to-head for a decade on the pitch and are now key coaching figures at the academies from which they once graduated.

A product of the 'Class of 92', Butt made 387 appearances for hometown side Manchester United before joining Newcastle United in 2004, while Gerrard played 710 games for boyhood club Liverpool after making his senior debut in 1998.

Both wore the captain's armband, both won the Champions League and both are just three games away from the UEFA Youth League final in Nyon on April 23.

The pair shared the same pitch 11 times during their playing careers - with Gerrard winning the head-to-head 7-4 - and we've picked out five of their best clashes...

1. A taste of things to come 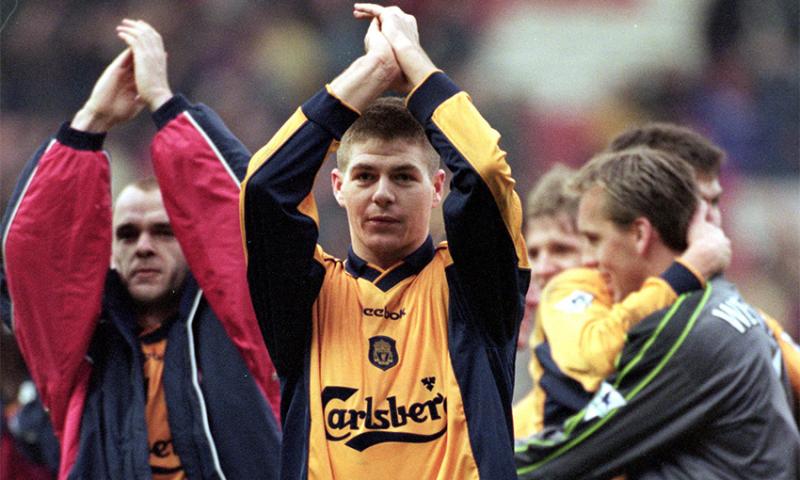 The pair first faced off in the 1999-2000 season when two own goals from Jamie Carragher helped United secure a 3-2 win at Anfield, but this December 2000 return meeting at Old Trafford saw a fresh-faced Gerrard put in the kind of commanding showing that would become the hallmark of his career.

Playing alongside Croatian Igor Biscan, the 20-year-old overpowered a United midfield that contained both Butt and Roy Keane. The LFC No.17 produced a masterclass in turning defence into attack and outclassed the experienced United duo.

2. On the goal trail 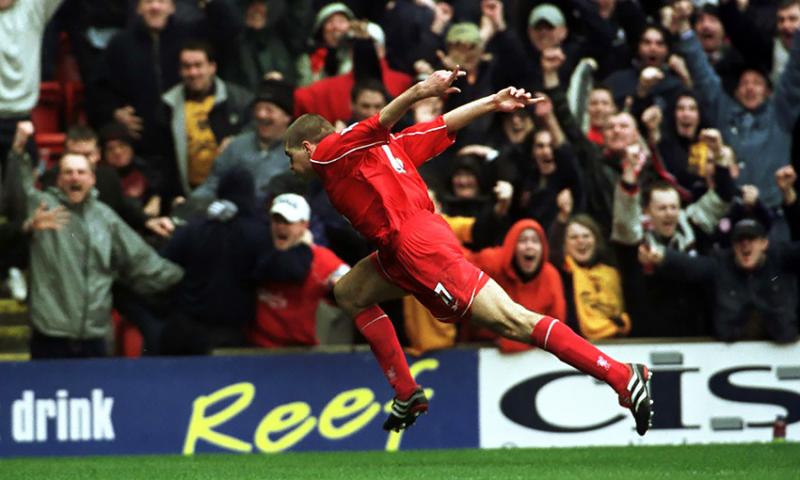 If Gerrard had been good in that initial clash of the 2000-01 season, he was imperious at Anfield three months later. From his starting position on the right of midfield he delivered a Man of the Match performance to dominate United's title-winning quartet of David Beckham, Butt, Keane and Ryan Giggs.

The youngster fired a thunderous 25-yard shot into the top corner to score the first of nine career goals against United and then turned provider for Robbie Fowler to make it 2-0. United's Butt was subbed out for Paul Scholes after 76 minutes as Liverpool secured a first league double over United since 1979.

The pair would face each other just twice more before Butt departed Old Trafford in the summer of 2004, claiming a win apiece.

3. Getting better all the time 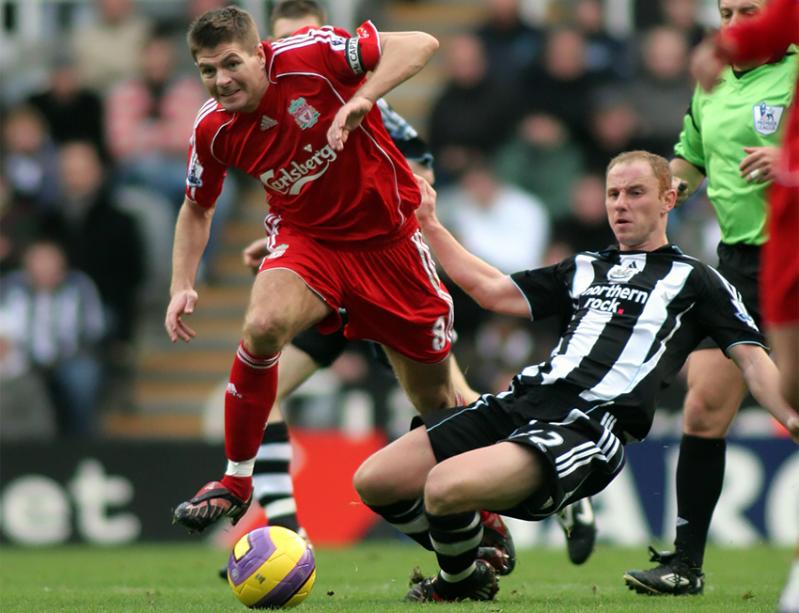 Following Butt's move to Newcastle, the pair met on Tyneside in November 2007 as Gerrard, now captain of Rafael Benitez's Reds, silenced the boo-boys that had singled him out at St James' Park with a match-winning performance against Sam Allardyce's side.

Pitted against his old rival in the centre of the park, the Liverpool skipper opened the scoring with a trademark free-kick and set up goals for Dirk Kuyt and Ryan Babel in a 3-0 victory. All Butt had to show for his efforts was a yellow card. 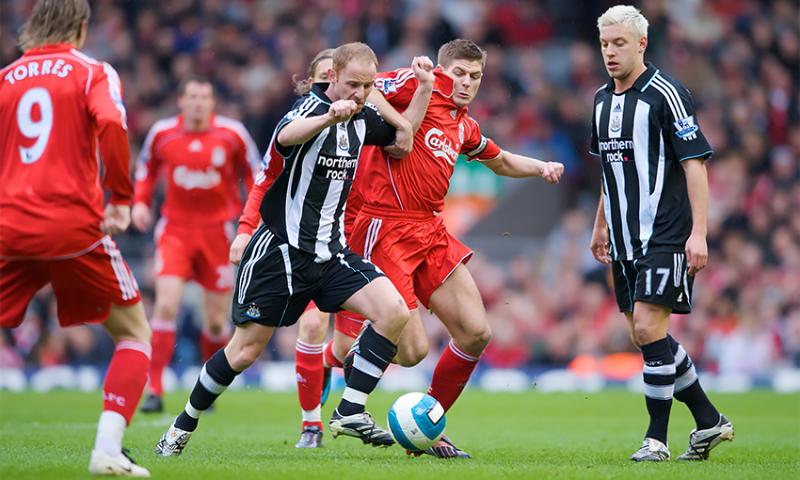 In the return fixture at Anfield in March, Gerrard was deployed in a more advanced role while returning Newcastle manager Kevin Keegan hoped defensive midfielder Butt, now 33 years old, could put the brakes on the Liverpool skipper as he mirrored Benitez's 4-2-3-1 system.

The approach may have been different but the result was the same. A goal and an assist for Gerrard; a 3-0 victory for the Reds.

"With the freedom he has now, and the quality going forward, Gerrard is unstoppable," Benitez said after the match. Butt might have agreed. 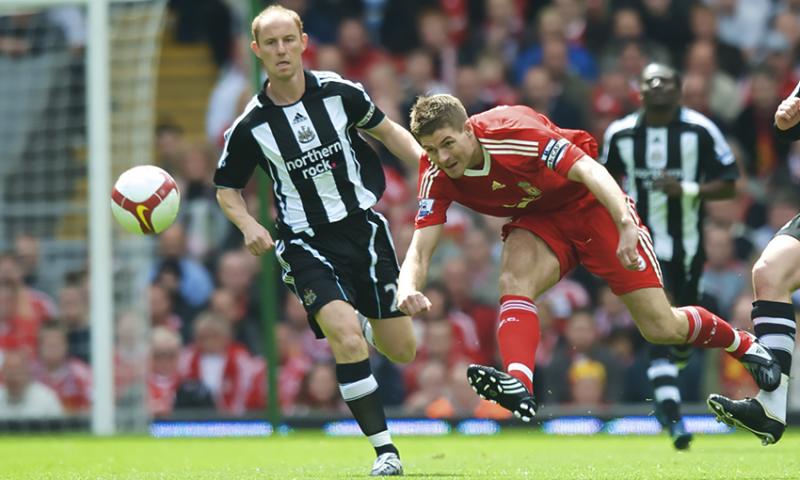 This December 2008 meeting was the penultimate time the long-time rivals went head-to-head on the pitch and it proved to be Gerrard's biggest ever victory over Butt as Liverpool ran out 5-1 winners against Newcastle at St James' Park.

The LFC No.8 carved through the Magpies midfield with ease to claim two goals and notch two assists in an all-action display that opposition manager Joe Kinnear described as 'one of the best individual performances I have seen'.

Butt was subbed out for Geremi at 3-1 down and had to watch the rest of the swashbuckling performance from the bench. Benitez's Premier League leaders were even applauded off the pitch by the home fans at the final whistle.