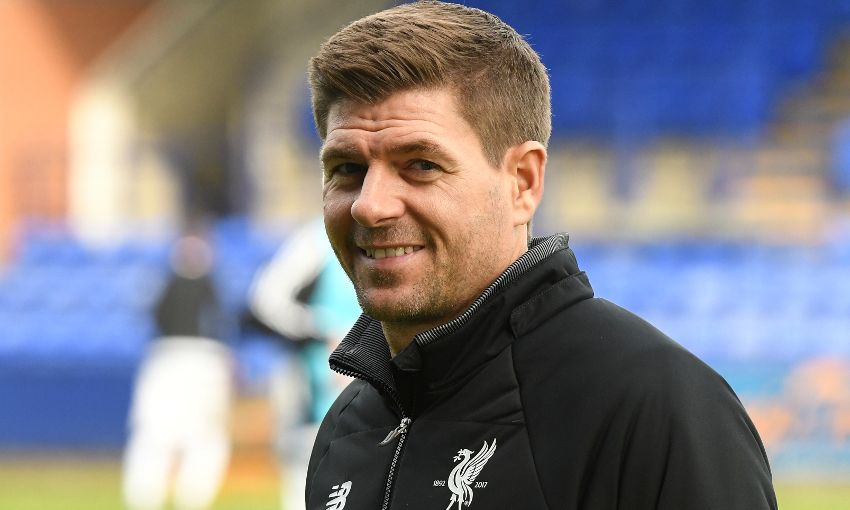 On demand: Watch highlights from U19s' win over Maribor

Steven Gerrard declared himself a satisfied manager after his U19 side moved four points clear in Group E of the UEFA Youth League with a 3-0 win over Maribor on Wednesday afternoon.

Goals from Curtis Jones, Ben Woodburn and Glen McAuley helped steer the Reds to their third victory in European competition this season and make it 12 goals from just four outings.

With Sevilla drawing 3-3 with Spartak Moscow, Gerrard’s charges have a healthy lead at the top of the table with two games left to play in the group.

Reflecting on the overall display of his side at Prenton Park, the former midfielder told Liverpoolfc.com: “I thought we were good without being excellent. Credit to Maribor, they hung in there and never gave up and fought right to the end.

“We started sloppily and we nearly got punished for it when they had an early opportunity but thankfully we got away with it and Curtis scored maybe against the run of play.

“It was just what we needed. The first goal came at a really good time and we went on to dominate the rest of the half but I think the message is against better teams you can’t step off the pace, especially at this level, otherwise you will get punished.

“It was more of a good, solid performance as far as we are concerned.

“We scored three goals and kept a clean sheet so there are a lot of positives to take from the game - my assessment is [we were] good without being excellent.”

The boss also reserved special praise for Norwegian midfielder Edvard Tagseth, who filled in admirably at left wing-back in place of the injured Adam Lewis.

“He’s right out of the James Milner mould where you can play him anywhere out on the pitch and you know exactly what you will get - a fantastic player and a fantastic professional.

“He gives you work-rate, he keeps the ball for you, he’s honest and is capable of creating chances.

“I’m really pleased with Eddie, he played out of position for us and he ticked the box that needed ticking.”

Gerrard will welcome England's U17 World Cup hero Rhian Brewster back into his squad for the U19s' next fixture - a trip to face Sevilla later this month.

“Rhian’s had a fantastic time and he deserves all the credit and the plaudits he is getting.

“The sooner we can get Rhian back around this group the better because he certainly makes us a lot stronger, a lot more dangerous, and competition for places is always healthy.”

'Work hard and don’t waste a minute of your development'