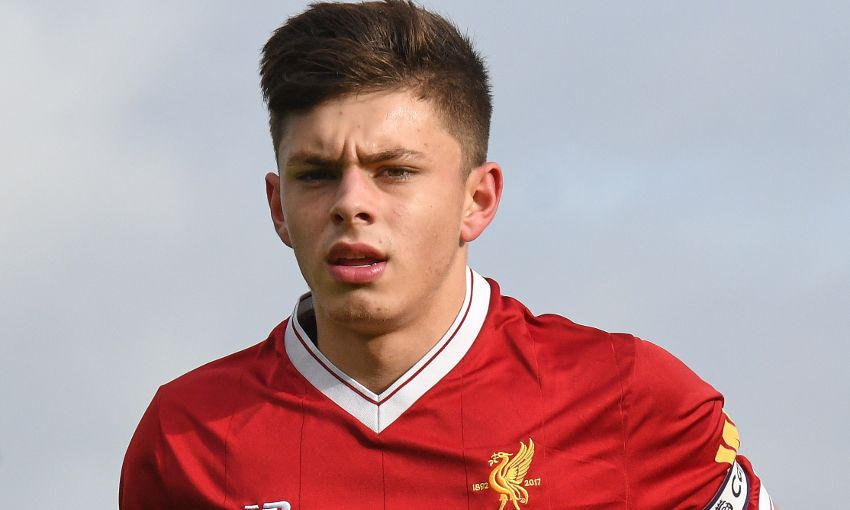 Adam Lewis scored and provided an assist as Liverpool U18s produced a superb display to beat Rangers 4-1 in a friendly encounter at Ibrox on Friday night.

Bobby Adekanye, Liam Millar and Rafael Camacho were also on the mark as Steven Gerrard’s young side enjoyed the experience of playing at a first-team stadium.

Ahead of Wednesday’s U19 UEFA Youth League fixture against Maribor at Prenton Park, Gerrard chose to give several players who could feature in that game a run-out, with the likes of Adekanye, George Johnston and Mich’el Parker all in the starting XI in Scotland.

The young Reds made a great start when they were awarded a penalty on eight minutes when Millar was pushed over, with Lewis making no mistake from the spot.

The home side were level on 18 minutes. A through-ball caught the Liverpool defence standing still, and the unmarked Matty Shiels slotted beyond the reach of Caoimhin Kelleher.

Straight from the restart the Reds regained the lead, when a brilliant run from Millar down the left flank saw him turn his full-back inside out, and from his deflected cross Adekanye was on hand to make it 2-1 from close range.

It was almost 3-1 on 25 minutes. A fantastic defence-splitting pass from Elijah Dixon-Bonner gave Camacho a sight of goal, but the Portugal youth international could only fire his effort off target after the Rangers goalkeeper Aidan McAdams darted from his line to narrow the angle.

Just past the half-hour mark Gerrard’s charges increased their lead. A brilliant one-two between Lewis and Curtis Jones down the left flank saw Lewis deliver a perfect cross for the alert Millar to slot home.

The powerful running of Lewis down the left was causing the Rangers defence a lot of problems and another brilliant delivery almost produced a fourth goal for the Reds on 53 minutes, but Millar was denied by a brilliant stop from McAdams.

Two minutes later it was 4-1 when Camacho fired an unstoppable drive beyond the reach of McAdams after a brilliant one-two with Adekanye down the right flank.

Just past the hour mark the Reds were reduced to 10 men when George Johnston was shown a red card for a late challenge. It appeared a harsh decision.

The excellent Adekanye almost made it 5-1 on 66 minutes when he fired an effort over the top following a brilliant solo run down the right.

Substitute Glen McAuley went close in the last minute of the encounter when he fired an effort inches past the post from the edge of the box.