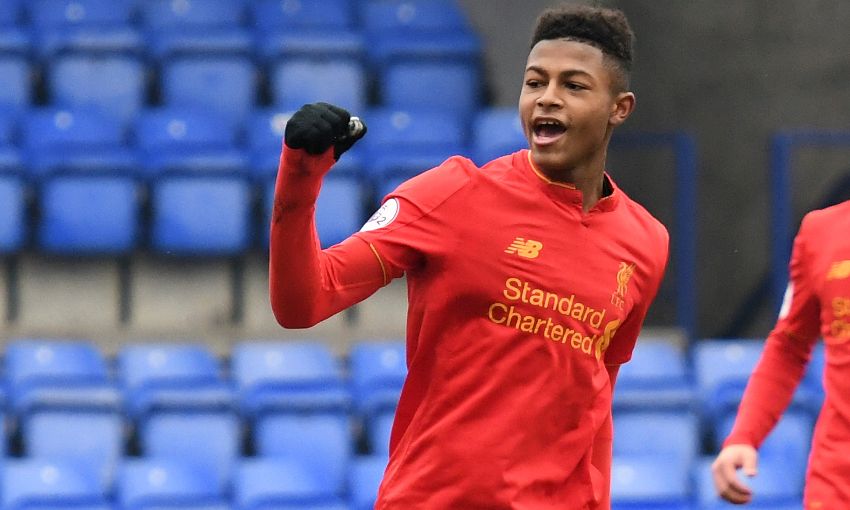 Allan and Brewster return as U23s lose to TNS

Rhian Brewster was on the mark as Liverpool U18s lost 4-2 to Leicester City in a pre-season friendly at the Kirkby Academy on Saturday.

After making his comeback for the U23s on Friday, after suffering a broken bone in his foot during the summer, the 17-year-old appeared as a second-half substitute.

Adam Lewis also netted a penalty for Steven Gerrard's side.

Reflecting on the outing, Gerrard told Liverpoolfc.com: "We were 2-0 down at half-time which basically summed up the story of the game for us.

"We were second best all over the park for 45 minutes and Leicester totally deserved their 2-0 lead.

"We only started playing in the second 45 minutes and I thought we just edged it, but we gave ourselves too much to do and to be fair to Leicester they managed the game well.

"Rhian [Brewster] made a huge difference when he came on for the last 30 minutes which I knew he would.

"If there is a big learning curve that comes out of this then that is when you play against quality opposition then we can't afford to turn up at half-time.

"This is the second time it has happened in pre-season, once against Fulham last weekend and now today, and we've been punished for it.

"I will never criticise a player if he misses chances or he gets a pass wrong, but we have to be critical of players and the U18s as a squad if we are second best in all areas of the pitch, because that is not acceptable."