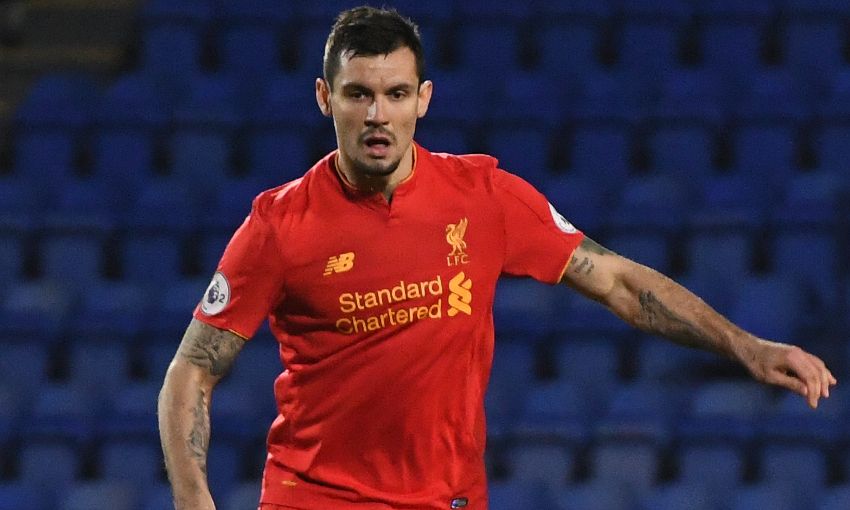 Dejan Lovren played for 75 minutes as Liverpool U23s claimed an impressive 2-0 victory over Chelsea at Prenton Park on Monday night.

Centre-back Lovren has missed the Reds’ first team’s last five games due to a knee injury and a sore back, but appeared to come through the Premier League 2 contest unscathed in front of Jürgen Klopp, who was watching on from the stands.

Goals in either half from Harry Wilson and Trent Alexander-Arnold earned a fully-deserved three points for Mike Garrity’s side, who controlled the match from start to finish.

Captain Wilson broke the deadlock from the penalty spot in the 21st minute after Alexander-Arnold had been felled in the area, before the full-back - a constant threat down Liverpool’s right - sealed the win with a dipping free-kick 20 minutes from time.

And there was more positive news for the onlooking Klopp as Marko Grujic followed up his hour-long outing against Reading last Monday with an excellent 90-minute display.

Wilson went close to opening the scoring in the ninth minute, when he sent an outside-of-the-foot snapshot narrowly wide after playing a sharp one-two with Matty Virtue.

Joe Gomez had to be alert to block Josimar Quintero’s effort after a lapse in concentration by Kevin Stewart at the other end, and Liverpool then got the goal their positive start merited through Wilson’s penalty.

A raiding run inside from Alexander-Arnold was crudely ended by Ruben Sammut, and Wilson duly made no mistake from 12 yards.

The young Reds’ tails were up and only a last-ditch clearance prevented Rhian Brewster from getting on the end of Alexander-Arnold’s driven low cross following a slick piece of link-up play between the full-back and Grujic.

Liverpool remained in the ascendancy in the second period, with another drilled delivery from Alexander-Arnold narrowly evading Sheyi Ojo at the back post immediately after the restart.

Brewster couldn’t divert his header from Ojo’s whipped cross goalwards 21 minutes from time, but Garrity’s side didn’t have to wait long to double their advantage courtesy of Alexander-Arnold’s brilliant free-kick from just outside the area.

Lovren was then replaced by Nathaniel Phillips with 15 minutes remaining before Wilson smashed a late drive off the crossbar as Liverpool registered their third consecutive win in all competitions in fine fashion.