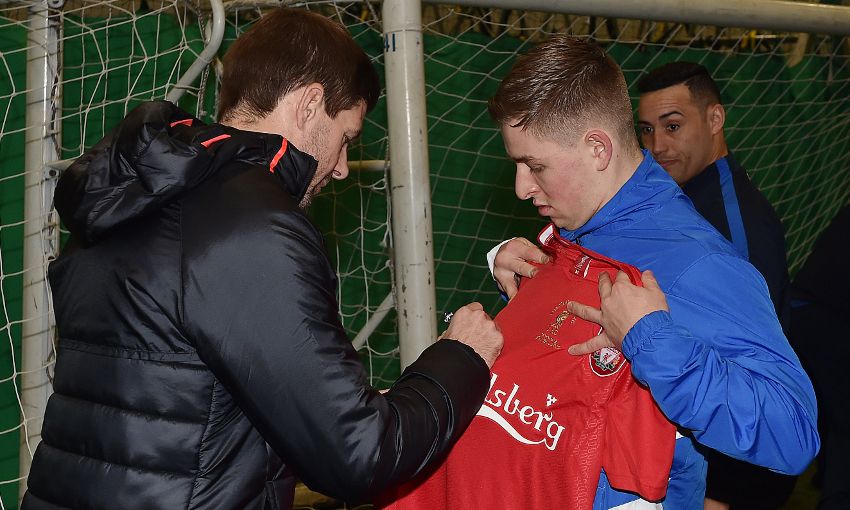 Liverpool FC this week welcomed the RAF Men’s Development squad to the Academy for a special visit to the Kirkby-based training ground.

Reds U18 manager Neil Critchley hosted a session, putting the elite group of players from the Royal Air Force through their paces as they prepare for their competitive Inter Service fixtures later this month.

The visitors were then given a presentation by Critchley before meeting recently-appointed Academy coach Steven Gerrard and watching the U18s train in the Ian Frodsham Arena.

The Reds youngsters will also pay the RAF a return visit later this year, where they will take part in two days of recruit training to get a taster of what military life is all about.

The trip will give the players a glimpse into the life of an recruit, displaying the range of specialist skills, dedication and commitment required for a career in the RAF.

On the visit from the RAF, Critchley said: “It is an absolute privilege to be able to welcome the RAF back to the Academy for a second consecutive year.

“The discipline and dedication from the RAF lads is something that our boys greatly admire and we cannot wait for the return leg when we visit the RAF later this year.”

To find out more about the RAF Men’s Development squad, click here.