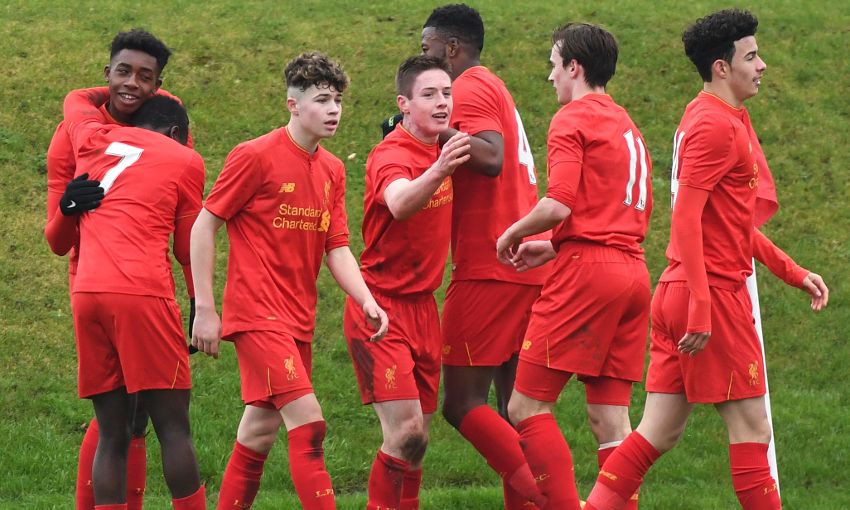 Okera Simmonds netted the only goal of the game as Liverpool U18s bounced back from their FA Youth Cup exit by beating Newcastle United 1-0 at the Academy on Saturday.

The 17-year-old, who opened his account in the mini-derby win over Everton last weekend, came off the bench to decide the match.

The strike came as a result of a deflection off the Newcastle defence and the ball fell invitingly for Simmonds, who finished superbly.

In the absence of Conor Masterson, it was a proud day for Liam Coyle as the Scouser was given the captain's armband.

Gallery: The best of the U18s' win over Newcastle in pictures

Reflecting on the victory, U18s boss Neil Critchley told Liverpoolfc.com: "I was pleased to get the win and keep a clean sheet.

"It took us a while to get going and we were not at our most fluent going forward, but we were much better in possession in the second half.

"After losing at Manchester City in the FA Youth Cup on Wednesday night I thought we showed a good response and showed good character.

"I was delighted for Okera to get a goal again. He worked his socks off during the last two games and when I brought him on he made a real impact."