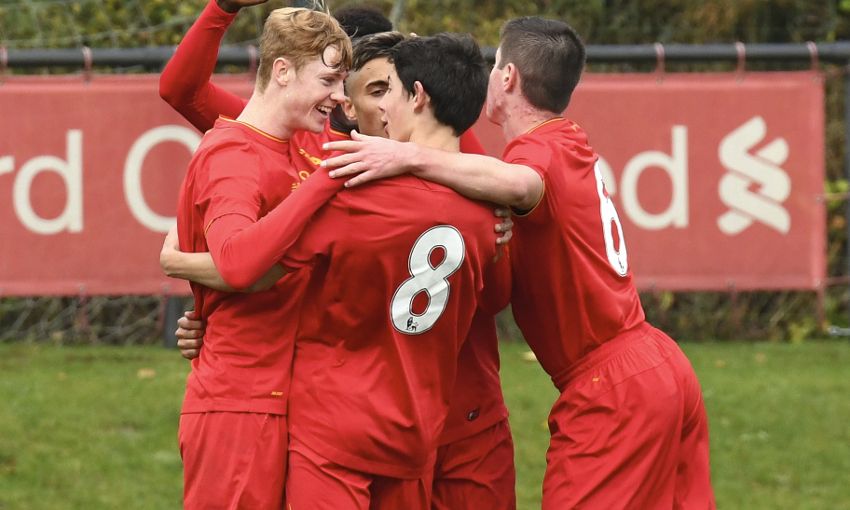 Liverpool U18s battled to a 2-0 victory over Sunderland at the Academy on Saturday afternoon to extend their winning run to four games.

A sublime team move on 19 minutes laid the foundations for the result, with Glen McAuley providing the finish to maintain his scoring run this season.

The visitors improved after the break and made life difficult for Neil Critchley’s side but they secured the points through a Yan Dhanda curler late on.

In the early exchanges, Dhanda sent a shot too close to the goalkeeper at one end and Ben Williams thwarted Chris Allan’s long-ranger at the other, before the breakthrough arrived.

Jordan Hunter was the architect, completing smart one-twos with Toni Gomes and Dhanda, moving forward and then sliding a pass into McAuley inside the area.

The striker did the rest, calmly sweeping a first-time shot past the ‘keeper to chalk up his eighth goal of the season so far in clinical style.

Sunderland returned from the interval with greater intent, though the game became scrappy for long periods, with Conor Masterson nodding wide from a rare sight of goal for Liverpool.

And the Reds were grateful for the reactions of Williams when Jack Diamond burst into shooting territory from the right and unleashed a drive that had to be tipped around the post.

That allowed Dhanda to guarantee the victory for his team on 81 minutes with a delightful curler from the left side of the box after Sunderland failed to clear their lines.