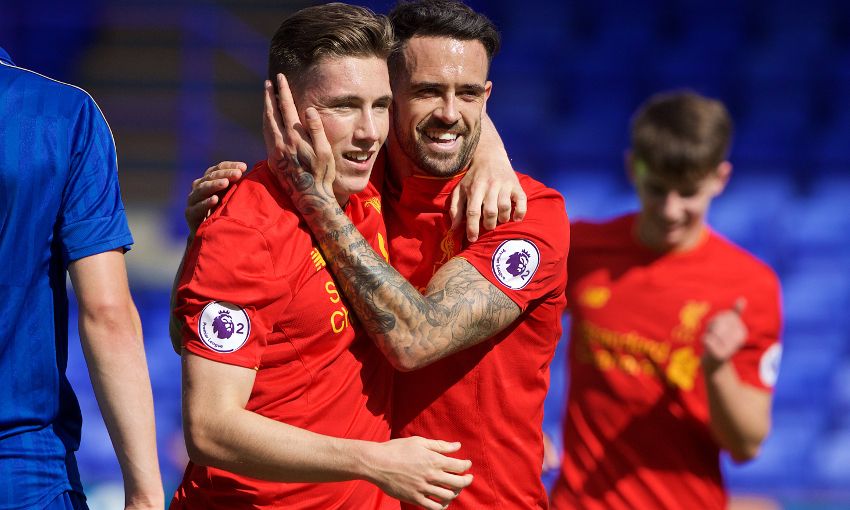 Harry Wilson left Prenton Park with a tinge of disappointment that Liverpool U23s did not score more than four against Leicester City, but hopeful that Jürgen Klopp was suitably impressed with what he saw from the young Reds.

Michael Beale’s side produced an outstanding performance in the first half on Sunday afternoon, beating the visiting goalkeeper four times and hitting the post.

The game was barely three minutes old when Danny Ings converted Ben Woodburn’s cross-shot on the goalline, before further strikes by the latter and then Wilson himself.

The U23s captain then turned provider to set up Ovie Ejaria’s diving header with a sublime delivery into the box, leaving the away team with little chance of taking anything from the tie.

“Especially in the first half with the way we moved the ball and moved them around the pitch, created chances and scored four great goals. And I think we could have scored a couple more.

“The chances we created, with the movement and the passing, it was a joy to play in first half.

“Second half, we were a bit disappointed we didn’t create more, but we can’t argue with the result.”

And his assist too...

Klopp was watching on from the stands at the home of Tranmere Rovers, a day after seeing the first team mark a new era at Anfield with their own comprehensive defeat of Leicester.

The U23s received a round of applause from the manager as they went back to the dressing room at half-time, and Wilson was delighted with the chance to impress the German.

“It’s great to see the manager coming down and watching us,” said the winger.

“It gives us a chance to show him what we can do. And if we play well, we can hopefully get into his plans.

“It’s always nice to get a goal and an assist and help the team. Even in general play, I think in the whole team a few players could have got more goals today. We all played well.”