In our latest Academy column, we speak to U16s head coach Des Maher about the progress of Ben Woodburn and the feel-good factor around the Kirkby complex...

It has been absolutely fantastic to see the amount of youngsters from the Academy getting a chance in the first team during pre-season so far and it really has given everybody involved at Kirkby a massive lift. It was a wonderful moment for 16-year-old Ben Woodburn when he scored his first goal in a senior shirt during the pre-season win over Fleetwood Town, and also provided a brilliant assist for Roberto Firmino. I know how much that meant to him and I can also tell you he is one of the most level-headed young men you could ever meet. He knows how much he has to learn but nothing fazes him and with an attitude like he has he could go far in the game.

Six weeks ago Ben was training with my U16 group and here he is playing for the first team in pre-season. It just goes to show the club believes in the younger talent and if you are good enough you will get an opportunity no matter how young you are. It is a fantastic boost to our U16 group. Myself and U15 coach Barry Lewtas were saying to our new group this week what Ben is doing now could be you in a year's time. You have to aim high, this is Liverpool Football Club, and in Jürgen Klopp we have a manager who gives young players an opportunity. These young players know they have a lot of hard work to do and you get your rewards if you give your maximum in every session and don't let your standards drop. 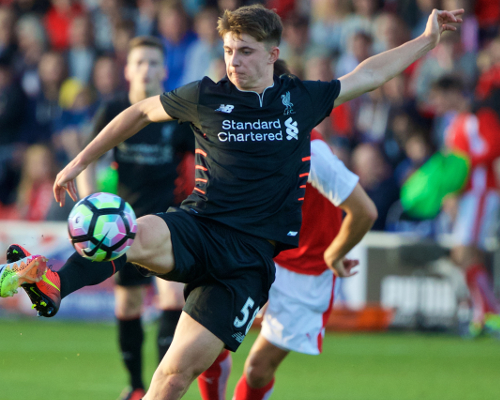 I have coached Ben for a couple of years now. He arrived at the Academy at the age of eight and is a Wales youth international. He is a quiet boy who just gets on with his job and he is really well focused. In all honesty he is a boy who is always a pleasure to have in the training session. He made his U18s debut last season at the age of 15 and did extremely well as everybody knows, but when he drops back down to the U16s because of his education programme you would never ever know he had been playing at a higher level. He is a credit to himself and his family.

He did so well last season and our U18s coach Neil Critchley couldn't keep him out of the team. He scored lots of goals and provided numerous assists. Ben took his opportunity and held his place in the team for the rest of the season. Away from the pitch, the staff at Rainhill school also deserve a lot of credit because he has done fantastically well with his education and he achieved a lot of his grades in the year prior to him finishing school. This meant we had more access to him on the training field during the daytime, and under the guidance of our first-team development coach Pepijn Lijnders he has come on in leaps and bounds. 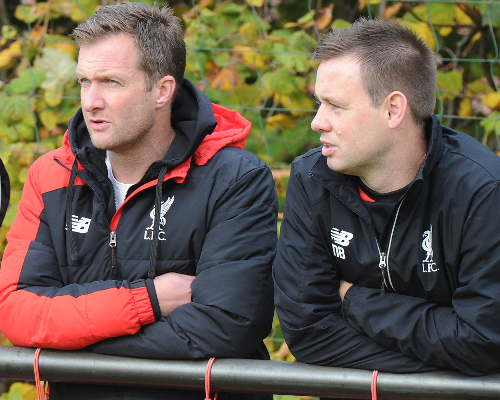 Led by our Academy director Alex Inglethorpe, we are blessed to have some fantastic coaches here like Michael Beale, Critch, Mike Garrity, who have all played a massive role in helping some of these young players who are getting a first-team opportunity. There is probably 10 coaches at the Academy who have all coached Ben, so it's nice for all of us to see how well he is progressing. Ben still texts me now after every game, which is nice. He texted me straight after the Fleetwood game and I was so pleased for him. As I say, what is great about him is how much he keeps his feet on the ground and never gets carried away, which is so important. 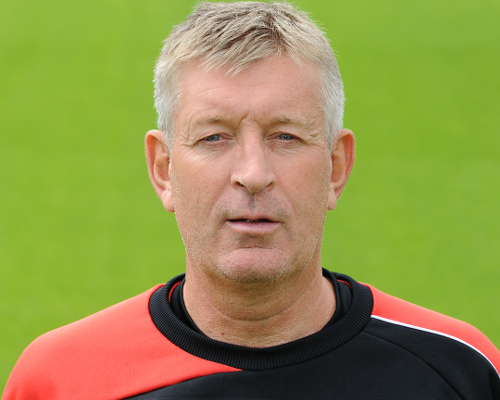 I have been at the Academy for nine years now and it is a truly wonderful place to work in, led by Alex. Everybody always pulls in the same direction, with our main aim as always to get boys through to the first team. Our U16 group are now looking forward to some great games coming up. We have a tournament in Kirkby next weekend when we play the likes of Manchester United, Tottenham Hotspur and three teams coming over from Europe, so that's always a good test for the boys. We then fly out to Denmark in a couple of weeks and then we will fly out to South Korea in August for a 10-day tournament which will be an incredible experience for them. These are all huge opportunities for our young boys which will have a massive impact on their development.