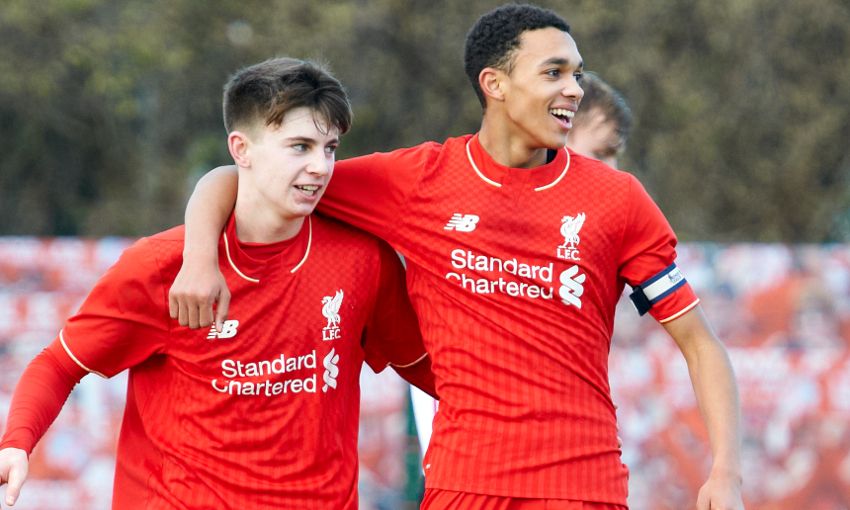 Ben Woodburn was on the mark as Liverpool U18s came back from a goal down to win 3-1 away at Stoke City on Tuesday afternoon.

An own goal and a strike from the returning Callum Nicholas completed the scoring as the Potters were defeated at Clayton Wood training ground.

Reflecting on the win, boss Neil Critchley told Liverpoolfc.com: "We played really well and it was a deserved victory for us.

"We were 1-0 down at half-time but we stepped it up in the second half and played some great football.

"We got a bit of fortune for our equaliser with the own goal, but Ben scored again with a great finish with his left foot.

"Callum came off the bench for his first appearance this season after injury and we were delighted to see him get his goal. He played well and deserved that.

"We have another game now at Sunderland on Friday so we will get ready for that and go again."