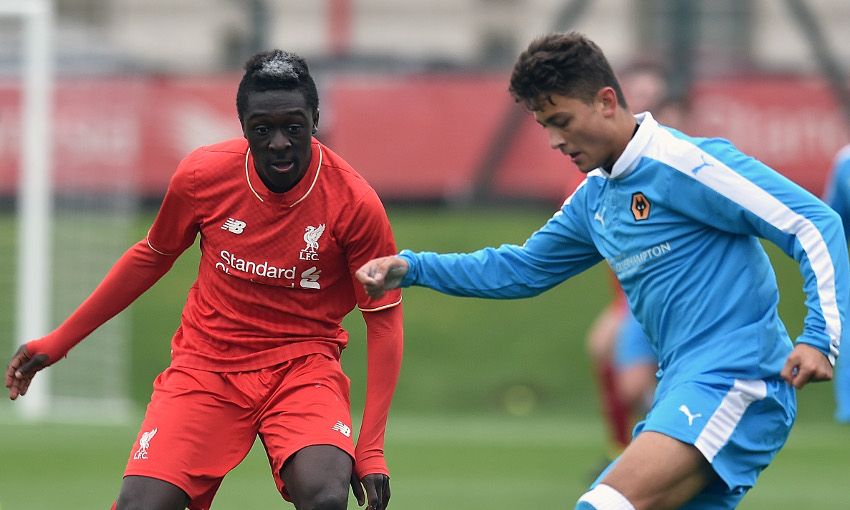 Academy column: A link between analysis and coaching

Liverpool endured a frustrating afternoon at the Kirkby Academy on Tuesday as they saw two penalties saved during a 0-0 draw with 10-man Wolves.

Yan Dhanda was twice thwarted from the penalty spot in the second half, with the first incident resulting in Ryan Leak receiving his marching orders just past the hour mark.

And, while a draw meant Neil Critchley's side extended their unbeaten run to eight games, the feeling was ultimately one of disappointment that such a dominant performance did not result in a deserved win.

Having made a his first appearance for the club during Saturday's 1-1 draw with Manchester City, Bobby Adekanye was handed his full Reds debut on the left wing for this Barclays U18 Premier League fixture.

And it did not take long for the former Barcelona flyer to make an impact as he sent a shot agonisingly wide after collecting Toni Gomes' headed lay-off early on.

The hosts made much of the running in the opening stages but were given a fright when Wolves striker Joe Delacoe broke through and Corey Whelan dragged him down just outside the area.

Thankfully, the defender was not adjudged to be the last man and the foul was correctly given outside the box, handing the visitors a free-kick they could not capitalise on.

The Reds suffered the blow of losing defender Kane Lewis with 20 minutes gone but Critchley showed his commitment to attacking play by thrusting Dhanda into the action in his place.

That judgement proved to be correct as Liverpool continued to probe for an opening, with Toni Gomes constantly looking a threat.

The striker saw a snapshot well saved moments before the break and had a header cleared acrobatically off the line early in the second period as the hosts' dominance continued.

It looked like Liverpool's endeavour would be rewarded when an Adekanye shot was blocked on the line by the hand of defender Leak, resulting in a penalty and a red card.

Unfortunately, Dhanda's spot-kick was saved low down to the goalkeeper's right as the frustration continued for the Reds.

Liverpool poured forward in numbers as the clock ticked down at Kirkby, with Wolves somehow repelling a relentless stream of attacks in the final 10 minutes.

But the points seemed to be theirs when Dhanda was upended with just four minutes of normal time remaining to win a second penalty kick.

However, the young forward was yet again denied by the opposition keeper as the visitors held out for a point.