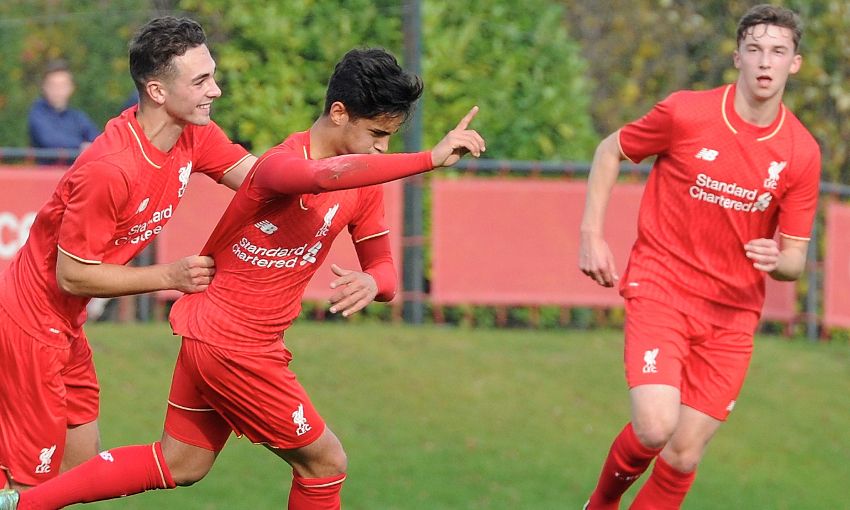 Yan Dhanda scored a magnificent free-kick as Liverpool U18s came from behind to earn a 1-1 draw with Manchester City at the Kirkby Academy on Saturday morning.

Neil Critchley’s young Reds made it seven games unbeaten as they played their first fixture since October 14.

Trent Alexander-Arnold and Herbie Kane were back in the squad after representing England at the U17 World Cup in Chile, and in another boost for Critchley, left winger Bobby Adekanye finally made his debut after receiving international clearance.

Former Barcelona youngster Adekanye came on as a second-half replacement for Paulo Alves.

City took the lead before Dhanda curled home a majestic 30-yard free-kick to earn the Reds a share of the spoils.

Reflecting on the match, Critchley told Liverpoolfc.com: “It was a really good game and it could have gone either way.

“We started off a bit rusty because we haven’t played for two weeks, but once we found our feet we did well against a very good City side and it was a very open and attacking game.

“It was a terrific free-kick from Yan who showed outstanding execution. When we get a free-kick in a dangerous area you always feel as though Yan or Adam Phillips are at least going to work the goalkeeper.

“It was great for Bobby to finally make his debut. He is a talented young player and he and Toni Gomes are pushing hard for a start.”

The U18s are back in action on Tuesday when they host Wolves at the Kirkby Academy, in a game you can watch live on LFCTV with our coverage starting at 11am GMT.