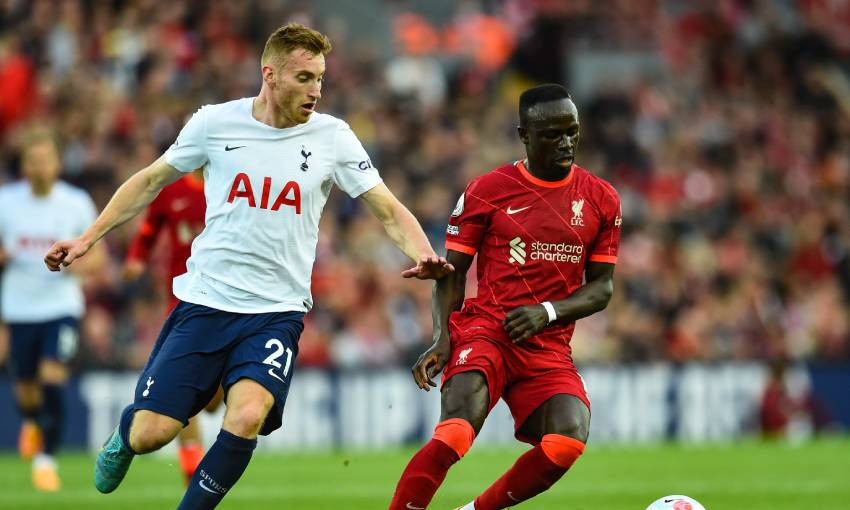 Liverpool were held to a 1-1 draw by Tottenham Hotspur at Anfield in the Premier League on Saturday evening.

Heung-Min Son gave top-four-chasing Spurs the lead after 56 minutes, but Luis Diaz's deflected strike in front of the Kop drew the Reds level.

The result sees Jürgen Klopp's men go top of the table on goal difference ahead of Manchester City, who host Newcastle United on Sunday afternoon.

Jürgen Klopp opted to make two changes, with Diaz and Jordan Henderson coming in for Diogo Jota and Naby Keita.

Liverpool flew out of the blocks and threatened twice within the opening three minutes.

Sadio Mane was unable to connect with the ball for an attempted scissor-kick inside the area, before firing straight at Hugo Lloris from distance.

As the half progressed, the hosts remained on the front foot, with Virgil van Dijk and Trent Alexander-Arnold off-target with efforts.

Lloris then prevented a Spurs own goal when Ryan Sessegnon attempted to head clear Thiago Alcantara's ball into the box that was in the direction of Jordan Henderson.

The pressure continued, and Van Dijk was denied by the crossbar after rising highest to meet Trent Alexander-Arnold's in-swinging corner.

Lloris was called into action again before the conclusion of the half, palming away Diaz's low curling effort from outside the box following a neat one-two with Mane.

However, Spurs came close to snatching the lead before the referee's whistle, but Pierre-Emile Hojbjerg's long-range shot clipped the post.

Not long after the interval, Spurs went ahead.

Sensing their opportunity to strike, Harry Kane charged towards goal before laying off a pass to the overlapping Emerson Royal.

The left-sided full-back squared to the back post, where Son was in position to break the deadlock from close range.

That setback only intensified the noise inside Anfield.

The visitors remained a threat on the counter-attack but were against heavy spells of pressure.

It finally told when, 16 minutes before the end of the 90, Diaz hit a shot from distance.

The low drive took a nick off Rodrigo Bentancur that completely wrong-footed Lloris, who watched helplessly as it struck the back of the net.

The tension proceeded to grow inside the stadium as both teams were looking more than capable of grabbing a winner.

Ben Davies fired over from a Spurs breakaway, while at the other end Mohamed Salah had an attempted curler deflected over.

Liverpool pushed hard until the very end but had to settle for a point.