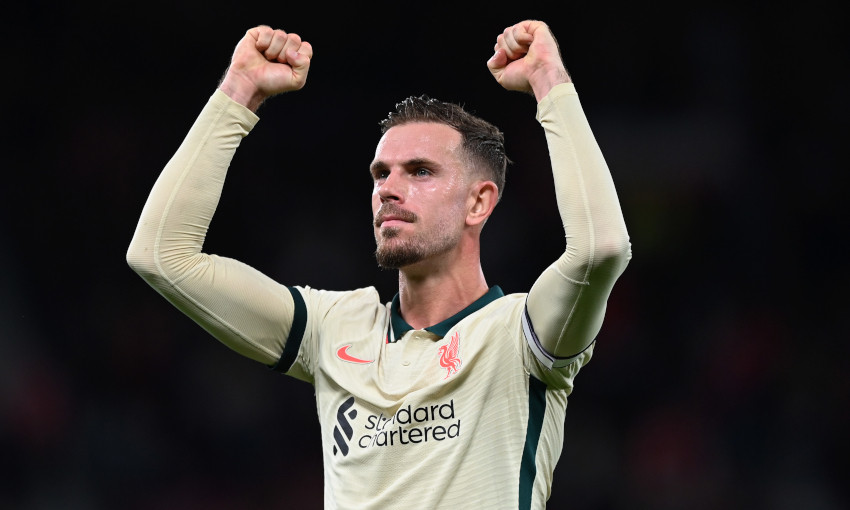 Jordan Henderson hailed the comprehensive nature of Liverpool's 5-0 win at Manchester United as a 'big step forward' for his team.

The Reds dismantled their rivals in Sunday’s Premier League showdown to extend their unbeaten run in the top flight to 19 games, stretching back to last season.

Just as they had at Atletico Madrid previously, Jürgen Klopp’s side surged into a two-goal advantage by the 13th minute, with Naby Keita and Diogo Jota providing the early strikes at Old Trafford.

Mohamed Salah then took centre stage, the Egyptian becoming the first away player to hit a hat-trick past United in the Premier League as he netted for the 10th club appearance in a row.

The hosts ended the contest with 10 men after substitute Paul Pogba received a straight red card and the visitors, who had gone five goals clear with 40 minutes left to play, eased out the remainder to rise back up to second in the table.

Henderson, who provided a sublime assist for the Reds’ fifth goal, was hugely satisfied with Liverpool’s work on an afternoon that will take a special place in the history books.

“It was a good day. Old Trafford is a tough place to come, I’ve been here many times. So, overall I thought it was a fantastic day,” the captain told Liverpoolfc.com.

“A great performance from start to finish. A clean sheet, which is really important for us. And obviously some amazing goals as well. So, a really pleasing day and a big step forward.

“[The game plan was] just to play our football and play with intensity and try to get the ball forward early when we win it back, which I thought we did very well, and then we were clinical in front of goal, which makes the difference.

“From start to finish it was a very, very good performance. I thought we managed the game well in the second half. Of course it’s hard for them when they go down to 10 men and it’s a little bit easier to keep the ball.

“But even before that I thought we were very good at keeping the ball and managing the game.” 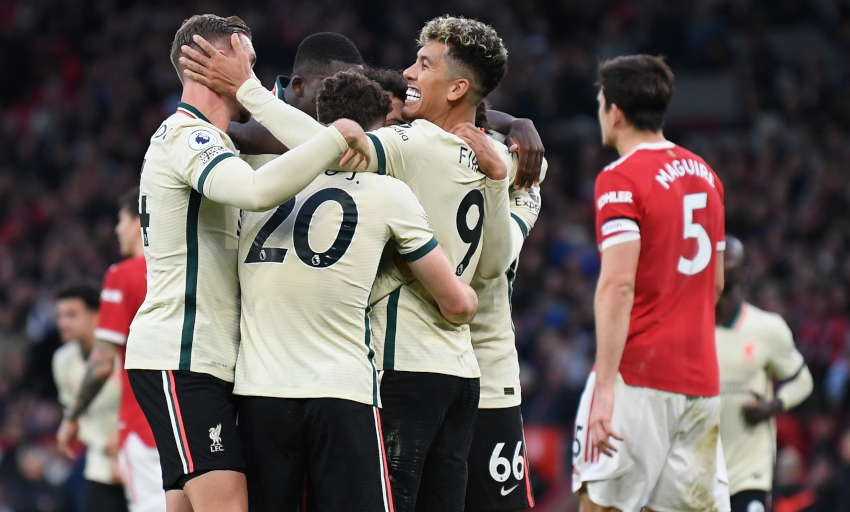 Salah returned from Manchester with the match ball having beaten David de Gea three times in quick succession either side of half-time.

The Reds No.11, who also teed up Keita for the opener at Old Trafford, has now scored 15 goals in his dozen appearances in all competitions this term.

Henderson admitted he is running short of ways to describe his teammate’s level of performance. “Incredible,” he said. “Nothing really I can add but he is a special player.

“Hopefully he can stay in this run of games for a long, long time and keep scoring goals, keep working hard for the team and keep playing the way he is because he is a big bonus for us at the minute.”

Klopp made two changes to the starting XI from the victory in Madrid in midweek, including Ibrahima Konate being brought in to central defence alongside Virgil van Dijk.

The Frenchman turned in an assured third appearance since his arrival from RB Leipzig in the summer – and toasted a third clean sheet of his Liverpool career, too.

“To concede two in midweek we were disappointed with after going 2-0 up, so we knew today we wanted to try to keep a clean sheet, which I thought was very good for us.

“And obviously scored some amazing goals, which is what everybody wants to see as well.”

Liverpool’s triumph – their second successive away win at United – was all the more memorable for being able to share it with 3,000 Reds inside the ground, added Henderson.

“It’s totally different with the fans in the stadium,” said the skipper by contrast to the 4-2 victory Klopp’s men recorded at Old Trafford in May.

“We can appreciate this a lot more now that we’ve got fans back. We’ve played in empty stadiums, it’s a totally different game. It’s amazing to have the fans back and it was extra special for us today to win in front of a full house.”