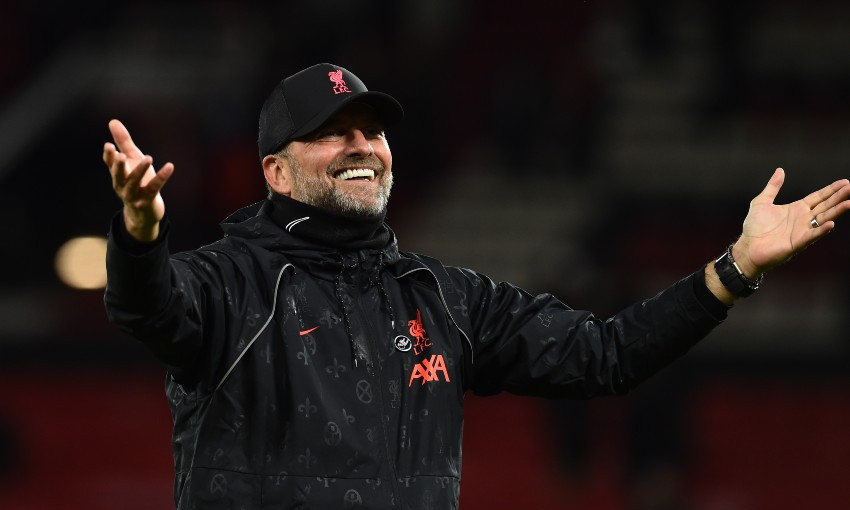 Jürgen Klopp revelled in a result that will go down in Liverpool's history books after his team registered a 5-0 win at Manchester United.

Goals inside the opening 13 minutes from Naby Keita and Diogo Jota set the Reds on their way to an incredible away victory, with Mohamed Salah then becoming the first visiting player to score a Premier League hat-trick at Old Trafford.

Salah has now netted in 10 consecutive games for Klopp’s team, who scored 13 times while winning at Watford, Atletico Madrid and United in the space of a remarkable eight-day period. 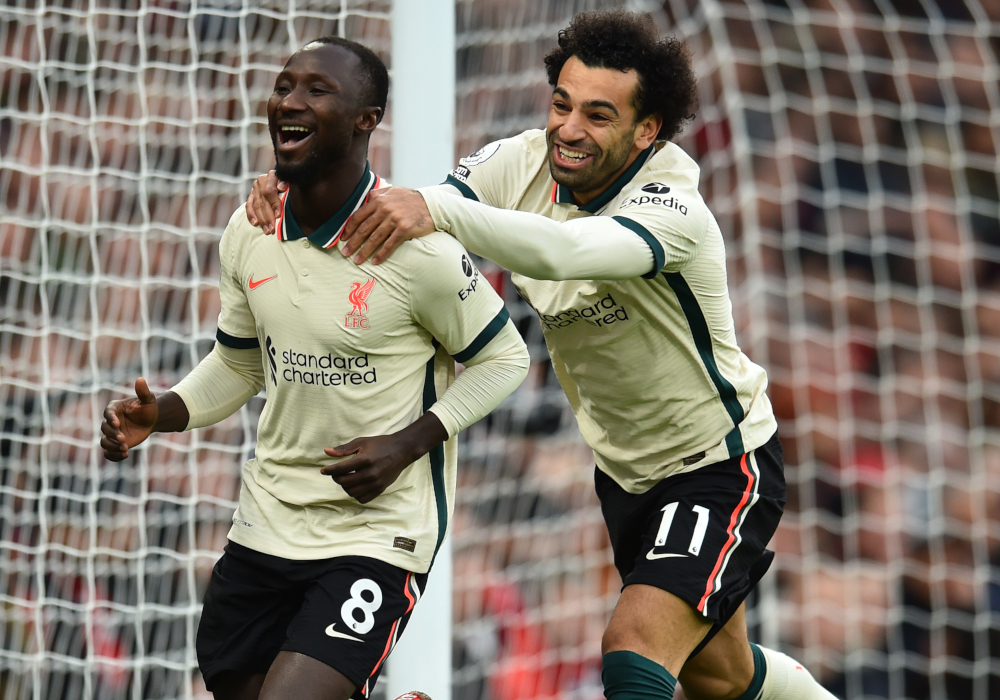 Greatest days? I didn’t think about it, yet. It’s a good day, a really good day and I don’t want to be disrespectful. I have no idea, but it’s a big one. We know that. Obviously after the game I got told that never happened in the long history of LFC; this group always wanted to write their own little chapters for the big, big history book of this club. This one was a little one tonight, a little chapter. People will talk about it in the future, 100 per cent, because it will not happen very often, if it happens again at all. We saw the game as well and we know we were lucky in two or three situations where United could have scored in the first half. I think they should have scored the first one, but that doesn’t make our performance [any less], that’s just how it is.

In front of the goal, in the last third, we were exceptional. We were clinical, we were ruthless, our high press was outstanding, we really won balls in great areas, the formation was top and all these kind of things you want to see as a coach, worked out really great. The difference is now that you usually don’t score with each situation you have pretty much, but that’s what we did and why we were 4-0 up at half-time. Second half, early 5-0 and the red card, game over, so then just control it and try to get home healthy. I am not 100 per cent sure that worked out, well it didn’t work out obviously because Millie is injured and Naby as well. We have to see how serious it is, it is very painful, so we will see. We will only know tomorrow or the day after tomorrow. 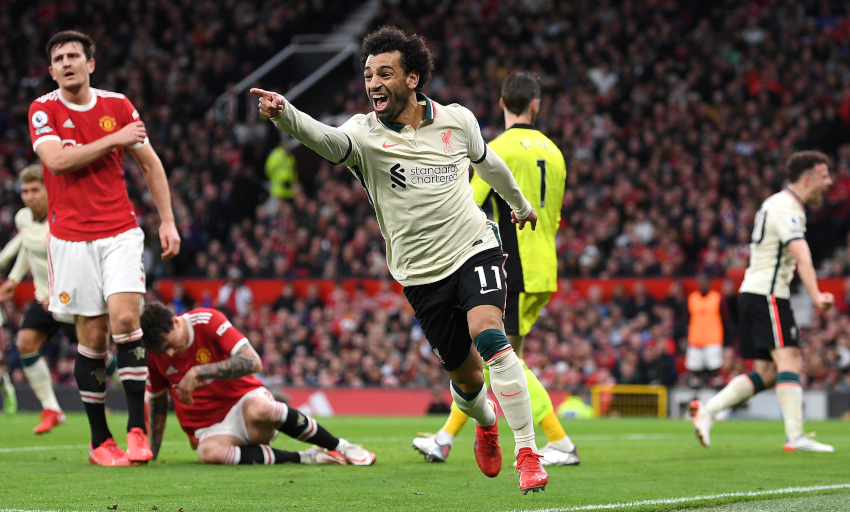 Naby is in a great moment. Naby is an outstanding player and we spoke about it, about the game at Atletico: he played outstandingly well until he made the mistake around the goal of Atletico after the set-piece and that obviously shattered him a little bit, and that should not happen obviously, that is clear. But in such an atmosphere, against such an opponent, all of a sudden when you’re thinking about different things then it can happen. But it was clear we would start him again because he is in really good shape and yeah, he proved us right.

On Roberto Firmino’s display, with the spotlight again shining on Salah following his hat-trick…

He played, again, outstandingly well. You are right, Mo gets a lot of attention and rightly so, but Bobby, for people with football knowledge - I’m pretty sure when he finishes playing people will write books about the way he interpreted the false-nine position. I don’t say he invented it or we invented it, but with the way he plays it, from time to time it looks like [that]! There are different things to do on the pitch - some of them are defensive, and what he did in that department tonight was absolutely insane, and offensively he is obviously a nice link-up player and he finishes off from time to time as well. So yeah, Bobby knows how much we appreciate what he is doing and maybe that is a bit more important.

5 - Liverpool have won consecutive league games by 5+ goals for only the second time in the top-flight, and first t… https://t.co/CVC9cRCmmr