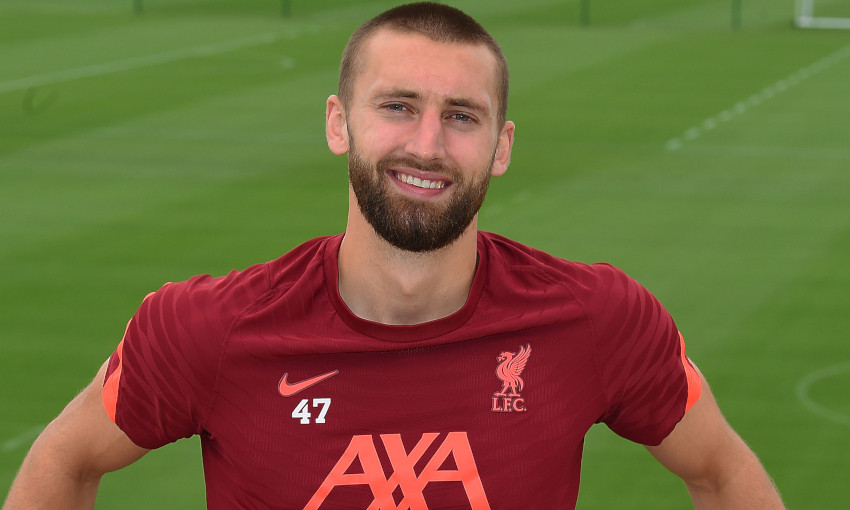 The 24-year-old centre-half has been rewarded for his displays in the previous campaign that helped Jürgen Klopp’s Reds secure Champions League football for 2021-22.

Phillips sat down with Liverpoolfc.com at the AXA Training Centre moments after penning his new deal to reflect on the events of last term and how they led to his improvement as a player.

Read the interview in full below or watch via LFCTV GO…

Nat, congratulations on signing a new contract with Liverpool. You must be really pleased...

Of course. Obviously after last year, it's really nice to get that reward from the club. I'm happy to be sticking around and being available if the club need to call on me again.

This is another milestone in your pretty incredible journey with the club, isn't it?

It is. Like you say, I'm excited for the next chapter and just to see what that brings.

How nice is it to receive that recognition after all you did last season and to be rewarded with this new deal?

Obviously I'm delighted with that. It is nice that the club has shown me that recognition and hopefully I can bring more of the same with whatever opportunities come my way.

Did you have much chance to reflect on what happened last season?

Over the off-season I had a bit of time to reflect on what had happened throughout the season, how it ended and to be proud of that. But like I've said in previous interviews, you don't want to dwell on that too much and you want to look forward and see if you can continue to push in a positive direction.

Would you say it was a life-changing season for you?

What would you say was your standout moment from last season on a personal level?

I think that final day when we knew we'd achieved our goal of Champions League football for this season. That was a moment where I could finally sort of relax and feel happy with what we'd done. Because even though there were moments prior where you're happy with results, we knew that the job hadn't fully been finished. Whereas once that final game was played and we'd secured that spot, that was the moment where I could feel safe in celebrating that. 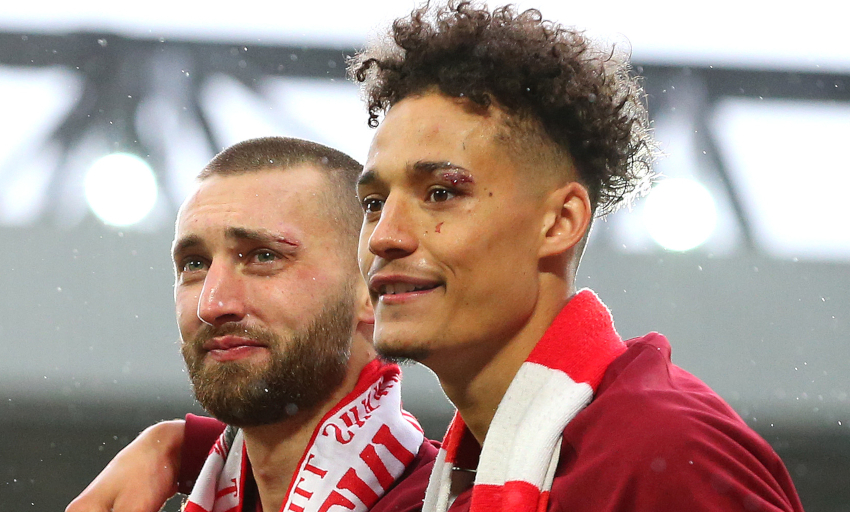 You were wearing the wounds from that fight – how much did you put in last season to help secure that Champions League spot?

Just as much as I possibly could – that's a requirement of any player who wears the Liverpool top. But obviously now and again I've probably got a bump on the head just because that's the nature of my job. I mean, it's the bare minimum, in my opinion, that you can put in everything that you've got.

Would you say you've improved as a player from those experiences?

I think so, yeah. I think as I grew more confident, more comfortable at the level and I got the confidence from my teammates around me as well, then it meant I could progress with a bit more freedom and maybe be a bit braver with the things that I was doing. And just gaining the general experience – making mistakes and then learning from them as well. I think that was a part of last season's journey for me. Obviously I just want to keep on moving in that direction.

What were the main lessons from that season that you're going to put into the future now?

I think maybe early on there was the odd game where I've maybe let my guard down a bit. As opposed to in the bigger games or the bigger sides that we're playing against, I knew it was going to be a really tough battle and was a bit more guarded in those games than the ones that I might have let my guard down and might have got caught out a few times. From those moments, I learned that it doesn't matter who you're coming up against and what the opposition is, you've always got to be on 100 per cent and always on your guard.

The centre-half department at the club is really strong. How much can you learn from these established players and help raise the levels around the team with that competition?

It's endless really, the amount that you can learn from, when you've got the likes of Virg, Joel, Ibou and Joe. They've all got different qualities. For me, Virg is the best in the world at his position, which is also my position, so what an opportunity for me to be able to stick around for longer and continue to learn from his game and try to draw things that I can maybe implement into my game. 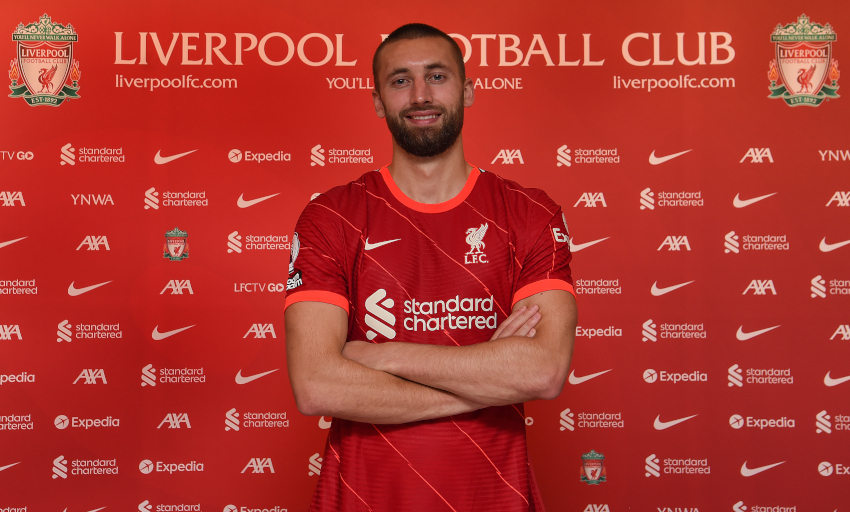 The highest, really. I don't imagine around Europe there's anywhere that's higher, or if not much higher. So again, training with these guys, coming up against our front three in training, that's the best practice you're going to get to work on your game because the levels that they train at are so high and it just makes you into a better player.

Towards the end of last season, the manager offered to 'write a book' about you and Rhys Williams. Can you talk about what Jürgen Klopp has done for your career?

He's done so much for me. Even from the moment where he first brought me up to the first team to train and he saw the potential and saw something in me that he liked and wanted to work with me. From that moment on really, he's always offered me bits of advice. He helped with my loan move to Stuttgart, which in itself was quite a big moment for me and quite a big learning experience for me in my career. And then going on from that, placing the trust in me when they needed someone to fill in at centre-half last year and allowing me that opportunity to progress and grow. Throughout last year, offering me moments of advice and helping me through my game all the way up until now. He's always done that for me. He's proven to be one of the best coaches in world football, so to have the opportunity to work under him and under his management and take coaching points from him is a huge opportunity.

Can you remember what he said to you during your first conversation and did you ever think it would be getting to the point where you're playing for him to secure a Champions League spot?

I remember one conversation distinctly between me and the manager when I was first up with the first team training. He said initially when he first saw me play that he wasn't that keen! But once he started to work closely with me and saw how I trained and how I improved in the time that I'd spent training with the first team, how I took information on board and how I worked on the pitch and in and around the training ground – I think that's what he saw and liked and made him decide that he wanted to work with me and try to help me throughout my career. 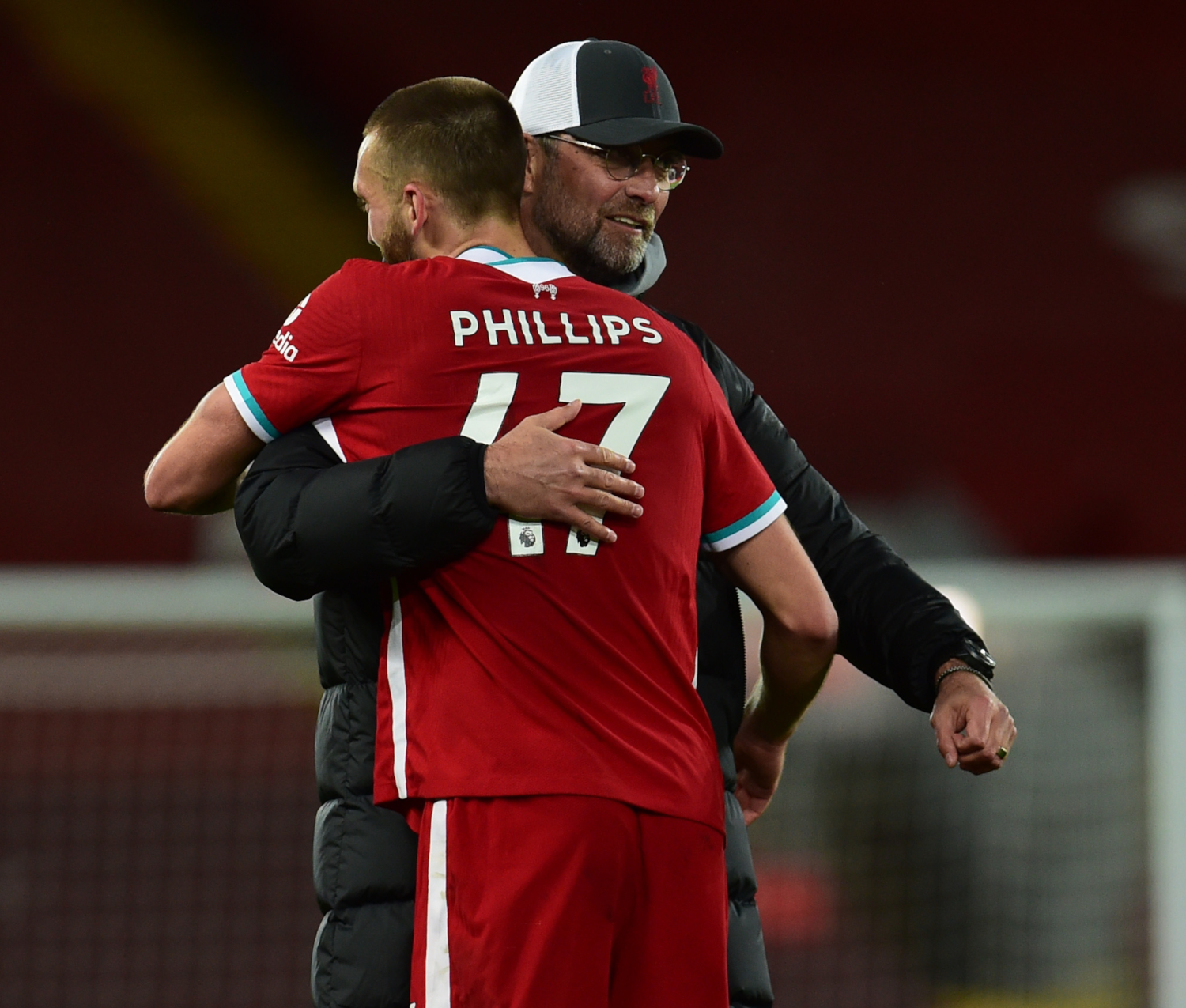 You're really loved by the fans in the way you play and your story. How much has their support meant to you?

A huge amount. Last year, it was something that I was aware of. Again, in previous interviews I've said before that sometimes I try not to pay too much attention to it because I don't want to be one of these guys that might get too carried away with the hype around them. But just to know that I've got the fans' support and that they're behind me, it's nice when people say that they feel like they can identify with me – I think that's a huge compliment in itself. It's a really nice feeling to know that the fans are behind me and that they support me. Obviously I always want to repay that and I'm always grateful for that.

Have you seen the fans' song for you – 'Nat Phillips in the air' to the tune of Love Is In The Air?

I have! I've been sent that a few times. I saw the lads on the bus singing it. Again, it's still a bit surreal to see people singing my name in football chants because you grow up sort of singing those as a football fan yourself, so it's weird to have your own. But like I say, I'm massively grateful for their support.

What's your message for those reading this interview?

By now they obviously know what to expect from me and know that I'm always going to put absolutely everything in whenever I get the opportunity. And that I'm grateful for all the support towards me up until now, that I want to continue to try to repay that to them and just work as hard as I possibly can for this football club.