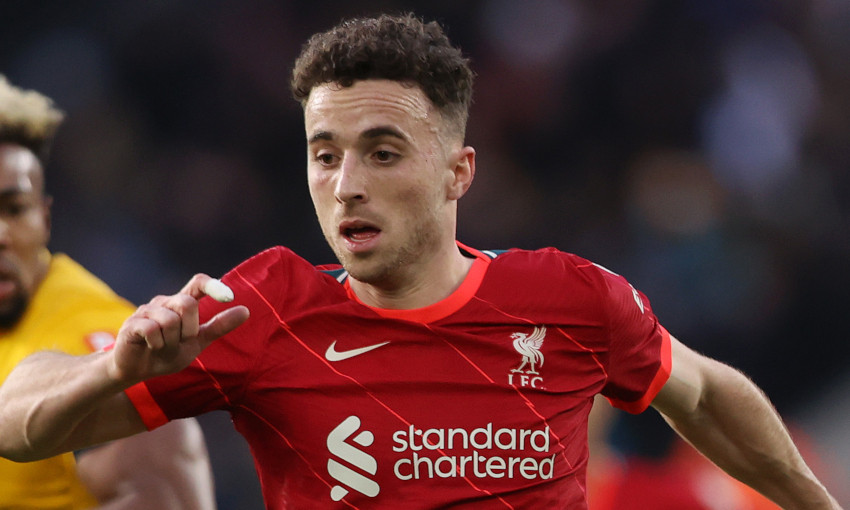 Liverpool will need to check on the fitness of Diogo Jota to see if he can be involved in Saturday’s Premier League meeting with Aston Villa at Anfield.

The forward sustained a knock during last weekend’s 1-0 victory at Wolverhampton Wanderers and has yet to resume full training.

Jürgen Klopp told his pre-match press conference on Friday: “Diogo felt something after the last Premier League game and he didn’t train yet. We will see, maybe he can train today and then he is an option and if not, then not.”

Elsewhere, Klopp explained why Divock Origi was absent from Thursday’s team training session, with the striker afforded an additional recovery day. He will be available for the visit of Steven Gerrard’s side.

The manager said: “Divock was just intensity, we took him out for a day, extra recovery day and I think he will be fine for tomorrow. I didn’t hear anything different.”

Klopp also reflected on the news Nathaniel Phillips is set to be ruled out until the New Year after sustaining a fractured cheekbone during the 2-1 win over AC Milan in Italy on Tuesday.

“Unfortunately, it is broken. It is not as bad as it could have been, so no surgery needed and he can pretty much train from next week on but reduced because everything that could hit him in the face could cause proper damage,” explained the boss.

“That’s why he has to be careful and make sure in the moment when he is allowed [to train fully], when the bone has healed, he will be in a good physical shape, so that’s great.

“How long it will take exactly, I don’t know. Four or five weeks, something like that. We will see.”