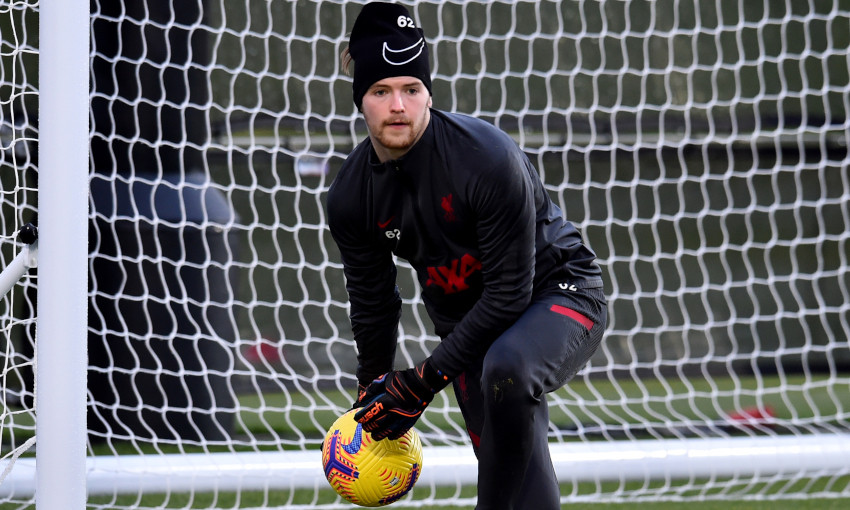 Caoimhin Kelleher is aiming to build upon a watershed season with Liverpool by continuing his upward trajectory in 2021-22 after signing a new long-term contract with the club.

The goalkeeper made five first-team appearances last term, including debuts in the Premier League and Champions League, leading to an international debut for Republic of Ireland against Hungary in Budapest earlier this month.

His impressive performances have been rewarded with fresh terms with the club – and Kelleher is targeting more progress in the forthcoming campaign.

After news of the contract was broken on Liverpoolfc.com earlier today, the 22-year-old spoke of his delight at the deal, his thoughts on his first-team impact and his hopes and targets for the future.

Watch the interview with Kelleher now – or read on for a full transcript.

Congratulations, Caoimhin – it must be a brilliant feeling to get this contract signed?

Yes, of course. I am happy to get it over the line and finally done; it was in the pipeline for a few months with negotiations and stuff, so I am delighted to get it done.

What was at the forefront of your mind when this was signed and sealed, for what happens next season and beyond that?

For me, it was a positive moment to commit my future to the club for the next few years. It’s such a big club and it’s an honour to be a part of it, so when I got the chance to sign for a few more years I was obviously delighted. I just want to keep my progress going at the club, really.

The progress has been great, which we’ll move on to in a moment, but at 22 that is very young for a goalkeeper, isn’t it? So, staying here for next season when there was speculation that you might go elsewhere, albeit on a short-term deal, why was staying at Anfield the best step for you in the next couple of seasons?

I think, like you just said there, I am still quite young for a goalkeeper, so I think staying at a club like Liverpool where the quality of training is up there with the best in the world and the standard of players I train with and the goalkeepers I learn from is probably the best I can get, it really helps my development and if I get the chance to play as well, it will be a huge boost as well. To get those kind of games that you play with Liverpool, the Champions League and the Premier League, is huge for my development as well, so they’re probably the main reasons.

It’s normally a two-way street in that you’ve had in your mind what you think is best for your development and what the manager thinks. Tell us about Jürgen Klopp and what he has said about your role next season…

I’ve had a bit of discussions with Jürgen and the goalkeeping coaches as well, John [Achterberg] and Jack [Robinson], but not too many because I think the main discussions will be in pre-season and stuff, seeing how pre-season goes. He just said he was very happy with how I did last year, the chances I got and when I played and did really well, so I just want to continue my progress next season and keep pushing Ali and Adrian, keep the competition going and do the best I can.

Goalkeepers always talk about, or certainly the ones that hold the No.1 shirt, that the ones behind are always pushing them and making them better because they know there is quality there. Ali is the best in the world, what is he like to be around and to learn from every day?

Really good. Like you said, there are three of us pushing each other every day, so I think that competition is good for us and also good for Ali. He knows there are two top ‘keepers behind him, so he needs to be on top form and it keeps him in really good shape. Just to train with him every day and pick stuff up from him, watching what he does in games, is really helpful for me and can help my development and make me better as well.

Do you feel your development is at a different level now in the sense that you’ve played first-team games? John Achterberg is always big on pushing goalkeepers to believe they are as good as the No.1 that’s in there and are able to push them as well...

Yeah, it was a big year for me in terms of playing the first-team games this year and more important games; being thrown into the Champions League and Premier League games was big for my development and being able to handle that. It gave me a lot of confidence to try to push on, to try to keep pushing Ali because I can play at that kind of level as well and do well. I am looking forward, try to keep pushing him and we’ll see what happens. 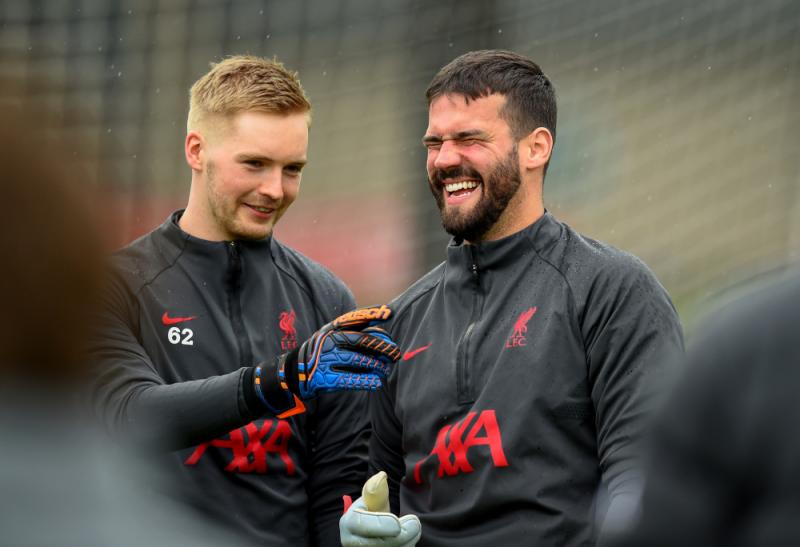 What kind of direct improvements do you think you’ve made as a consequence of that, being around goalkeepers like Alisson every day?

Adrian has signed a new contract as well so that means your team stays together. That must be good news because you all get on so well. We’ve spoken about you learning from each other but there’s also that stability you have behind the scenes now that must help too?

Yeah, I was delighted when I found out Adrian had signed a new contract as well. I was really happy because all three of us and the staff as well – the two goalie coaches – get on really well and we’re a tight-knit group. To have another season with all of them, I am going to relish it and really enjoy it.

A long-awaited international debut as well. The goalkeeping situation for Republic of Ireland is in a great place at the moment, but from growing up as a young boy that must have been the ultimate dream – to one day be the No.1 for your country, as well as playing for a massive club like Liverpool?

Yeah, it was an amazing moment for me. Growing up, you always want to play for your country, watching them on the television and stuff. So, when I got on during the international break, it was a proud moment for me and I just want to push on now and try to get more games for Ireland and Liverpool.

This could be a massive year for you, not just in how you develop as a goalkeeper but playing in front of crowds again. Massive crowds for your country, hopefully, and you know about the massive crowds at Anfield as well. How much anticipation does that fill you with, that you’ll be enjoying it with the fans again next year?

I think that will be massive. I think everybody in football knows that it’s nothing without the fans. As we’ve seen last year, behind closed doors just wasn’t the same. Even when we had the last game of the season against Crystal Palace, it felt like a completely different game with the fans back in. I know it was only 10,000, but it was still very loud and completely different. That’s what football should be and hopefully all the crowds will be back next season. I’d love to play in front of big crowds.

Five first-team appearances last season and I know you’re desperate to extend upon that. Are you hopeful that you will get some action next year in that first team, regardless of what Ali does?

Yeah, like I said, that’s the main thing – when I played a few games the only thought in my head was that I wanted to play some more games. I think this season, I think I will definitely get some opportunities and we’ll see what happens. I am pretty confident I will get opportunities and when I do, I just want to do the best I can and show I am capable. 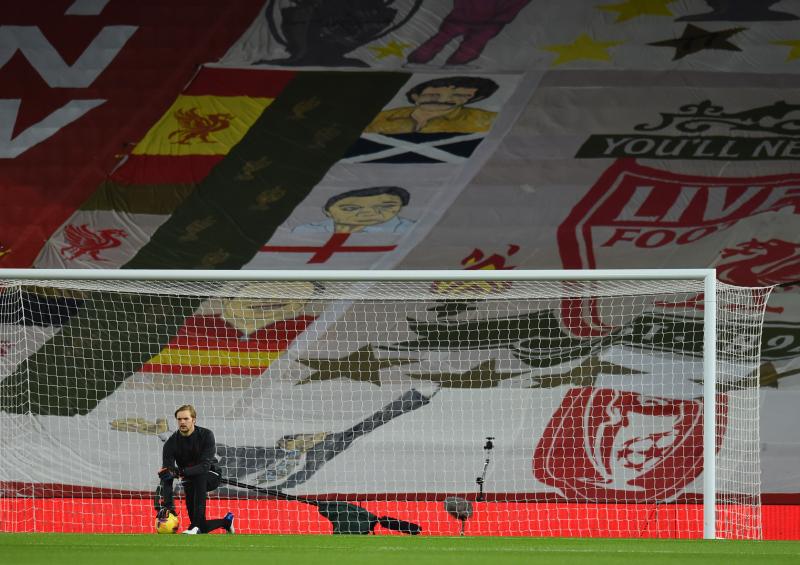 How do you see next season as a team? Players coming back to full fitness and you’ve obviously got a point to prove as a team as well, that you can get that Premier League title back?

I think next season is a big season, an exciting season, for us. We’ve got quite a few players coming back into full fitness and ready for pre-season and after, so it’s just an exciting year for us. Last year we did very well to get into the top four and now we just want to build on that and challenge for titles, like we did in the last few years. That will be the main aim for us and it’s just exciting and I am looking forward to it.

Just finally, a new contract and an established part of the first-team set-up now as well; is Liverpool Football Club somewhere you want to be for the rest of your career?

I’d love to be here for the rest of my career, definitely. Since I came here when I was 16 I’ve loved every minute of it. It’s a close-knit, tight family club. I love the city, I love everything about it and I just enjoy my football so much here. As you say, long may it continue.

Is that part of a goalkeeper’s psychology: that as good as Ali is and the age you’re at, you see yourself as eventually being that No.1?

Yeah, hopefully. Every day I just want to keep pushing, keep trying to mirror him and do the best I can. Try to take it to the next level with every game I get and every chance I get, keep the levels high in training, then hopefully one day I will get my chance.