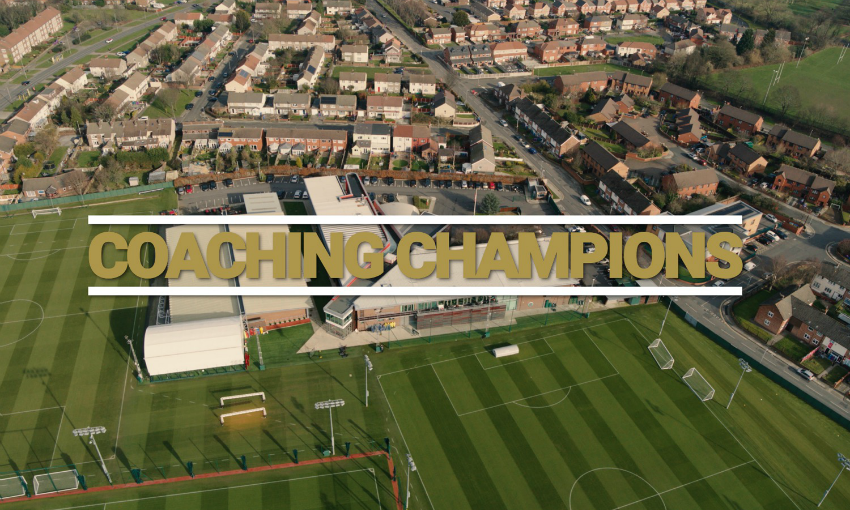 Liverpool's playing squad and staff came together to end the club's 30-year wait for the top-flight crown.

Everyone played their part towards the achievement as they wrote a new chapter in the club's history books.

Read on below for the final part of our Coaching Champions series that involved extensive interviews with 14 members of the Reds' backroom staff...

Watch our interviews with the staff members in full for free on LFCTV GO now. You can start a free one-month trial of LFCTV GO now and this can be cancelled at any time.

The grind and demands of the gruelling season left little time for those on the inside to let their minds wander.

So, Liverpoolfc.com asked the first-team staff when they truly believed Liverpool were going to become English champions...

Peter Krawietz, assistant manager: "That it was possible, I knew before the season because of the great performance of the last season. From pretty much matchday one after a difficult pre-season, I felt the boys were on track. They understood and they were hungry – which was important after winning the Champions League – stayed hungry and they used this experience from the season before to stay more hungry. So the feeling I had that it could happen, I had from the beginning of the season. Then we went on and had this winning streak and kept going, kept going, so I knew it was possible. But football is special always and our own past teaches us not to celebrate too early. It's done when it's done, so I really believed it is done when it was done – the moment Manchester City couldn't win against Chelsea and it was done."

Lee Nobes, head of physiotherapy: "I think the real turning point for me was the Aston Villa game. One thing that made it a real turning point was Robbo scored a header! That was a big turning point and when Sadio scored in injury time. Knowing we had Manchester City at home in our next game, that just drove us on because we were 2-0 up in 15 minutes. I think that was just the rolling effect of how we won that Villa game."

Lee Radcliffe, kit management co-ordinator: "I was probably over-confident. I wouldn't have said that within Melwood or personally at home. I just felt we were going to do that this year after coming so close last season. For me, as soon as we got around Christmas time again, we were starting to edge a little bit ahead, so then I thought, 'Yes, we are going to do it this year.'"

John Achterberg, first-team goalkeeping coach: "For me, it only counts if it's over the line and when it's mathematically done. So, when Manchester City lost against Chelsea, that was the moment because then it was done. You always want to be on the safe side and that's how I think: have it done and then you can celebrate. Until then you have to keep fighting and doing everything until you drag it over the line. After that you want to keep going again and keep doing it. So I'm that way always."

Mona Nemmer, head of nutrition: "I'm not sure if I've realised now that it has happened. It's so big, and I think that's what football is about: you start with the first game of the season and you try to compete, try to win, try to get better – and I think that was the achievement we wanted to achieve."

Vitor Matos, elite development coach: "We cannot say, especially for me, there was a moment that we have done it, rest on the sofa and wait for the title. No, there was never a moment like that. I think that is part of this spirit of the team because everyone works hard to play as good as we can and to win as much as we can."

Harrison Kingston, head of post-match analysis: "I'm not one who likes to get too ahead of myself. The moment was at Formby Hall. In the context of the situation we're living in, it was actually the nicest way to do it. I couldn't have imagined winning it here at Anfield and having no celebration, no fans and travelling somewhere thinking, 'What's going on?' It was a really, really nice situation to have that core group of people who travel away, spend time away with each other, do everything they can to get the result. The [City-Chelsea] game itself was so nerve-wracking. I was 50 yards away from a 50-inch TV so I could hardly see but there was a sending-off, a penalty, goalline clearances – there was everything in the game.

"I was trying my best to keep the emotion down and I drove to Formby Hall with the intention that Man City would win the game, I would drive home and that would be the end of it. No expectation. As the game went on, there were cheers and people getting excited the longer it went on. It was the Fernandinho handball, penalty and it was like, 'I know Willian is going to score here.' From that point onwards, you could start to really think, 'Wow.' It was starting to sink in but there was still 10 minutes to go. I grabbed my second beer at that point, realised I could leave the car here and come back tomorrow. I've been here long enough to know that until it's done, it's not done. You also had all that time to think about it over lockdown and you don't want to get ahead of yourself until you get over the line."

Some are local and some arrived from different parts of the world, but all knew just what this title meant to the club, the city and its supporters. 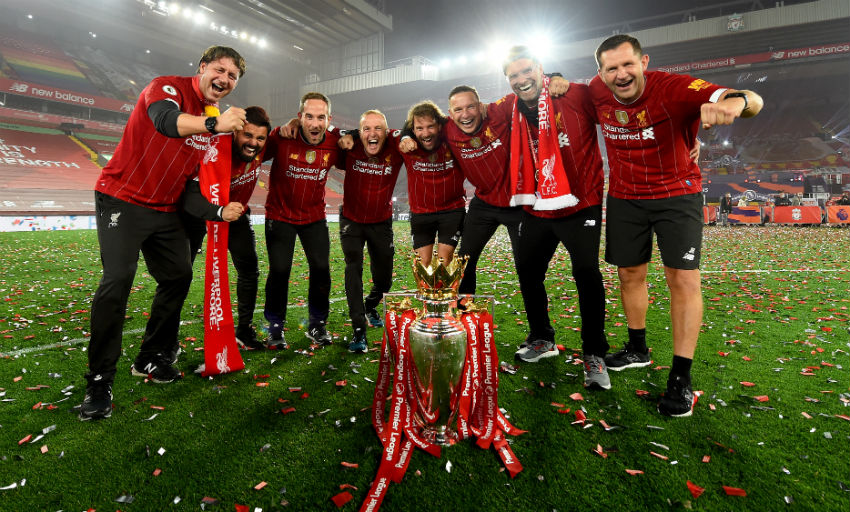 Krawietz: "The history of the club, the stadium, the fans, the supporters, the whole atmosphere – it's really special. Everything fits together, starting with our anthem, starting with the history of the club, winning titles and overcoming difficult times as well – stick together, stay strong, go forward, all that. It's special and fits to our way, the way we want to play football. It feels right, it feels good and feels strong."

Lijnders: "It's the connection between the fans with the team and the club, the commitment of the fans, their patience, their trust, the people who work inside this club in each department – they have professionality and a humbleness that I can't describe. It's what happened in the past and how we dealt with it. It's a special, special club."

Kornmayer: "I have a few friends and it's hard to describe when you just look in their eyes – it's like without words. It means the world to them and that's so much better to give this to them and this pride to this club and to the city again."

Christopher Rohrbeck, first-team physiotherapist: "Everyone wants the success and there are no people who are not convinced about what's going on at this club."

Matos: "It's not easy for a big club with a big structure, with a big organisation to keep an environment so caring and familiar. This kind of environment is really difficult to create and to have. Since the first day that I came in, I feel it from the first moment."

Nemmer: "Liverpool FC is this family character, this unity, how we all interact with each other. There is so much respect and that makes this club so special."

Nobes: "I was previously at our main rivals at the minute [Manchester City] and I was there for 11 years. I'd won everything apart from the Champions League. Then I came here, six months later, we won the Champions League. I got asked the question, 'Why do you want to leave City?' I was like, 'My main aim is I want to win the Premier League with another team.' Then, 18 months later, that dream has come true as well. Liverpool is an amazing club. It was a great decision to come here and I'd like to take his opportunity to thank the club, Mike Gordon, Eddie [Michael Edwards] and Jürgen for giving me the opportunity to come and work here."

Radcliffe: "I think for every Liverpool fan, it's probably not sunk in yet, to be honest. I think when you've waited so long you just start thinking it's never going to happen. I've got three boys and this is the first time they've ever seen us winning the league. I still don't think it's sunk in."

Enjoy our exclusive Coaching Champions interviews on LFCTV and LFCTV GO - liverpoolfc.com/watch. Use code 1920GOFREE to get LFCTV GO free for one month. Terms and conditions apply.