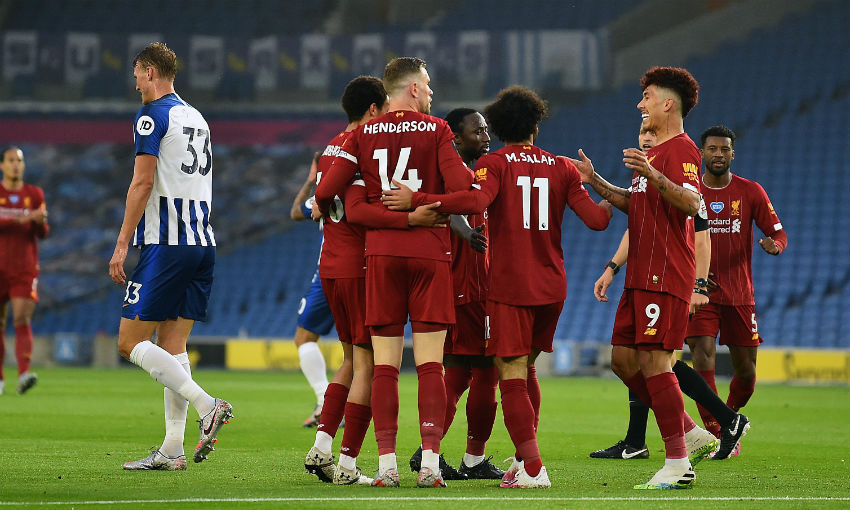 The Premier League champions surged into a two-goal lead inside the opening eight minutes at the Amex Stadium, courtesy of Salah’s clinical finish and Henderson’s fine strike from just outside the area.

Brighton responded well and halved the deficit in the last minute of the first half through Leandro Trossard, but Salah’s glancing header 14 minutes from time sealed a 30th top-flight victory of the season for the Reds.

Neco Williams made his first Premier League start in place of Andy Robertson as one of four changes to the Liverpool’s starting line-up.

Henderson - making the 350th league appearance of his career - Georginio Wijnaldum and Roberto Firmino were restored to the XI, while James Milner returned from injury as a substitute. 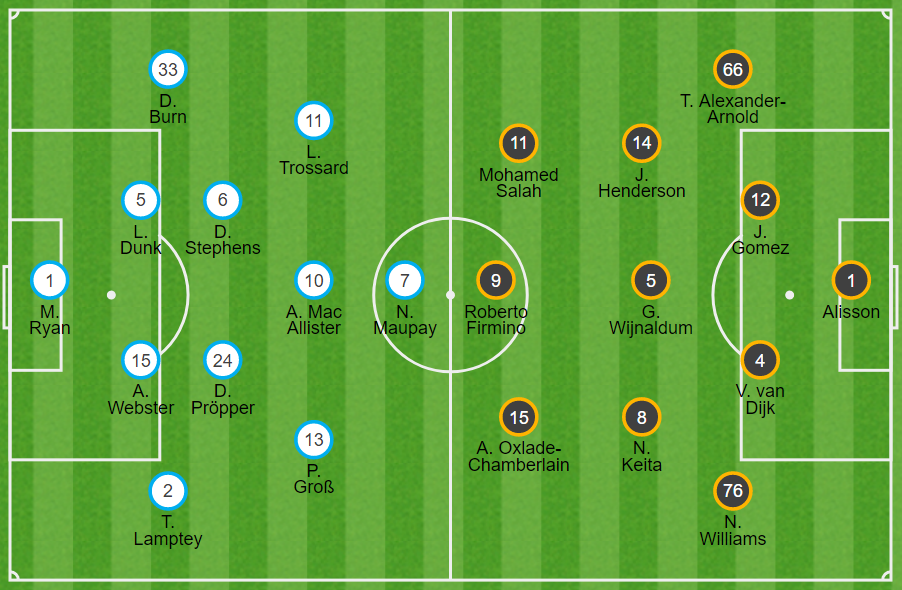 Liverpool settled quickly and assumed a commanding early lead thanks to two textbook examples of the benefits of regaining possession high up the pitch, with Naby Keita instrumental on both occasions.

The No.8 first pickpocketed Davy Propper and unselfishly squared for Salah, who finished unerringly, and then found Firmino when Adam Webster overran the ball.

Firmino quickly passed to Salah while Henderson charged forward in support, and the skipper was on hand to bury a brilliant first-time shot beyond Mat Ryan from 20 yards once the ball ran loose and into his path.

Maupay himself was then denied by Alisson Becker prior to Joe Gomez thwarting Trossard as the Seagulls pushed forward, although the champions nearly made it three seven minutes before the interval. 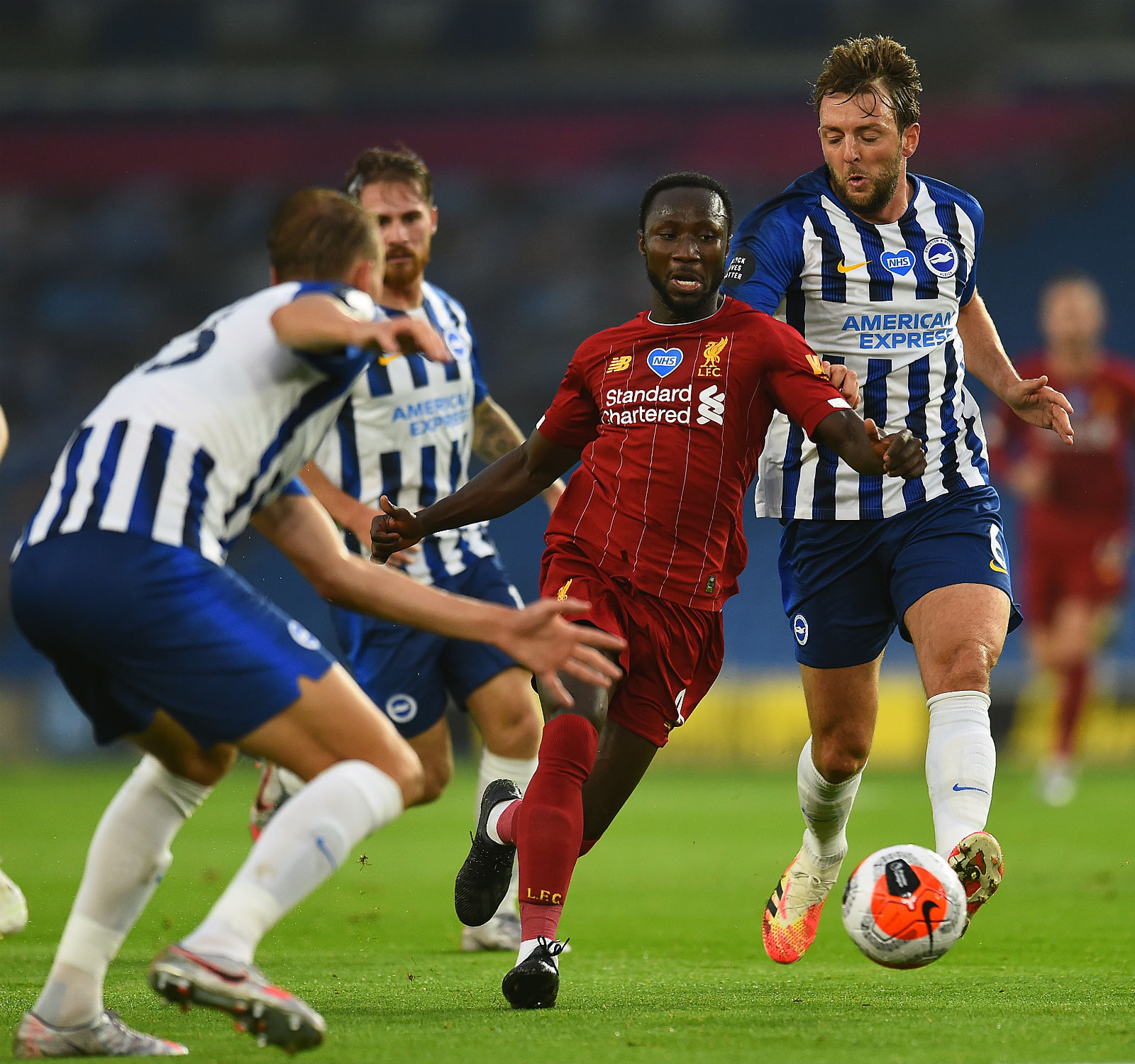 Keita was, yet again, the architect, the midfielder this time punching a sharp pass into Salah’s feet before the Egyptian cut inside and curled narrowly wide from the edge of the box.

But it was Brighton who scored next, via Trossard’s half-volley from Tariq Lamptey’s cross on the stroke of half-time.

Williams received a booking in the first period and Jürgen Klopp introduced Robertson for the teenager at the break.

Another influential contribution from Keita led to the first opening of the second 45, as he sprung Salah in behind with a ball from deep. The forward’s searing speed took him away from Dan Burn, but Ryan was equal to his subsequent attempt.

Burn could, and indeed should, have equalised on the hour, but the left-back failed to connect cleanly with a deep cross while at close quarters to Alisson’s goal.

Fabinho and Sadio Mane were then summoned from the bench and the former’s first involvement saw him loft a raking pass into Salah’s path, only for the counter-attacking opportunity to slip away as the No.11 got the ball stuck under his feet. 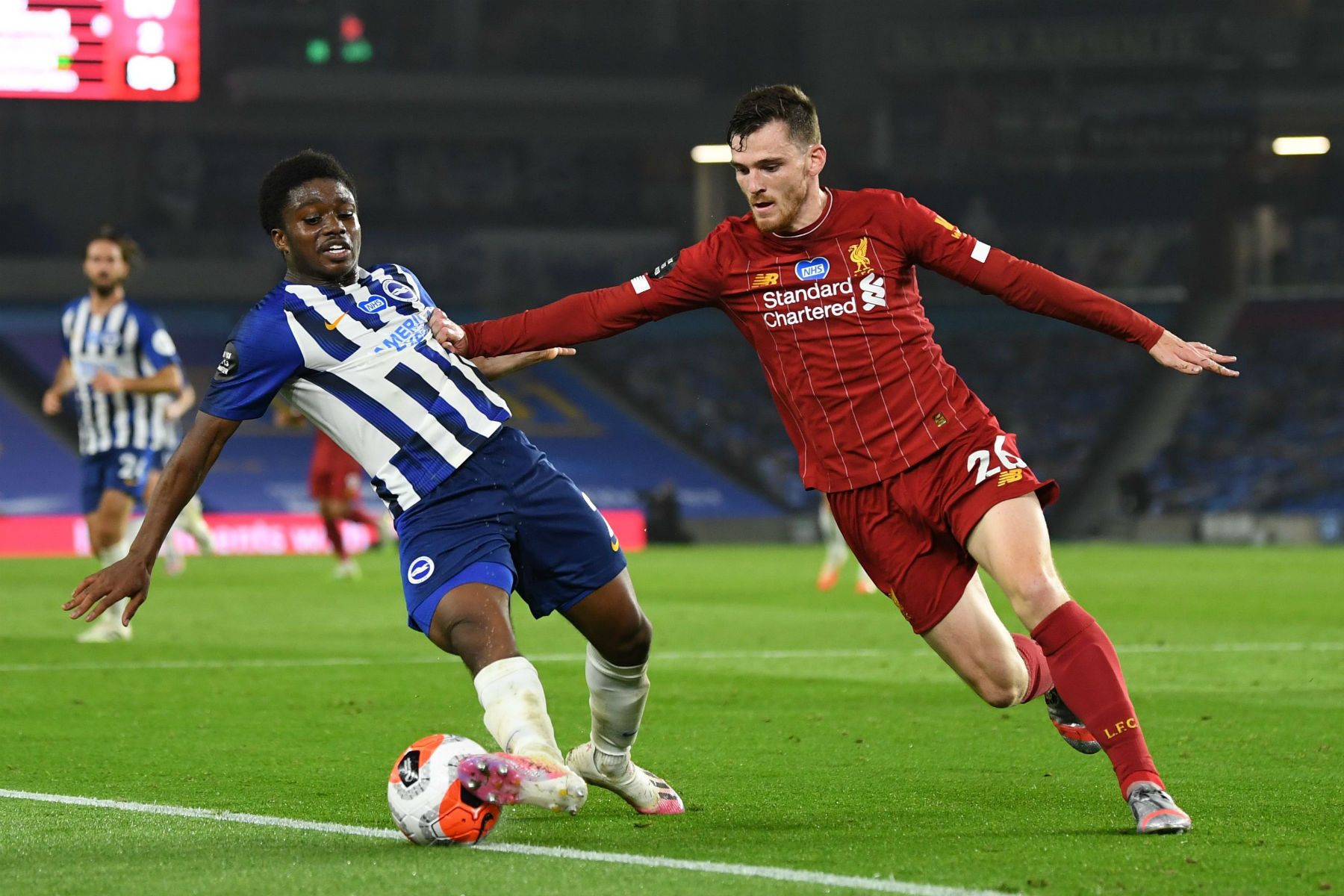 Salah would have his second goal of the evening - and 23rd of the campaign - soon after, though, by darting to the near post and cleverly nodding Robertson’s corner home to move the champions onto 92 points with four games remaining.