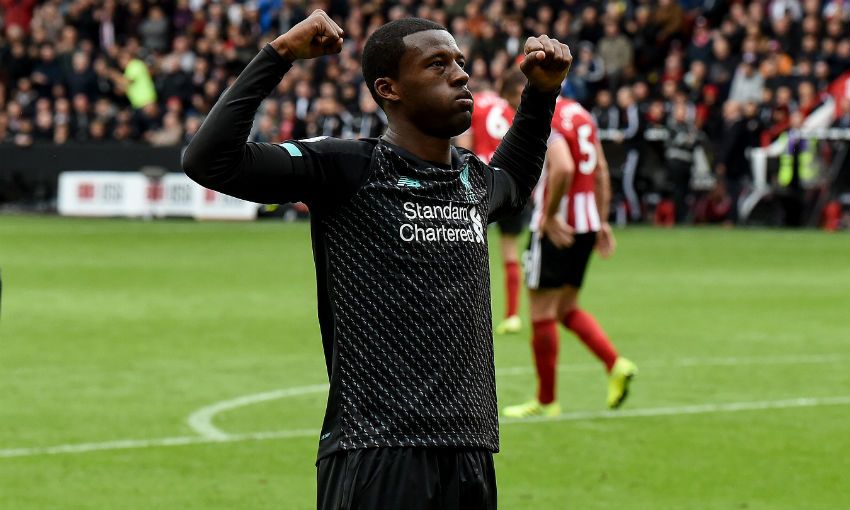 Georginio Wijnaldum was thankful for the slice of fortune he received on Saturday that helped see Liverpool beat Sheffield United.

The midfielder was match-winner at Bramall Lane when his 70th-minute volley squirmed through goalkeeper Dean Henderson and trickled over the goaline.

The goal saw the Reds make it seven wins from seven in the Premier League and extend their club-record winning run in the top flight to 16.

On the match itself, he added: "They play with a lot of passion. Their fighting spirit was really good and when they had space they played football, but we were also not at our best.

"We didn’t speed the tempo up when we needed to do that and we didn’t counter-press the ball. It wasn’t our best game."

The goal turned out to be Liverpool's first shot on target in the match after a spirited defensive display from the newly-promoted Blades.

Wijnaldum was honest in his assessment of the visitors' display, although he could look at the bigger picture with three points in hand.

"We wanted to create a chance but I think they defended really good," the 28-year-old continued.

"We were not at our best to create chances today. We had a few but it was more because they made mistakes.

"But all that matters at the end of the day is we have the three points. Especially at the early stage of the season, you have to make sure that you collect as many points as possible because normally during the season you get better and better.

"In the beginning of the season you are not at your best, so that’s why it’s good that we collect points."