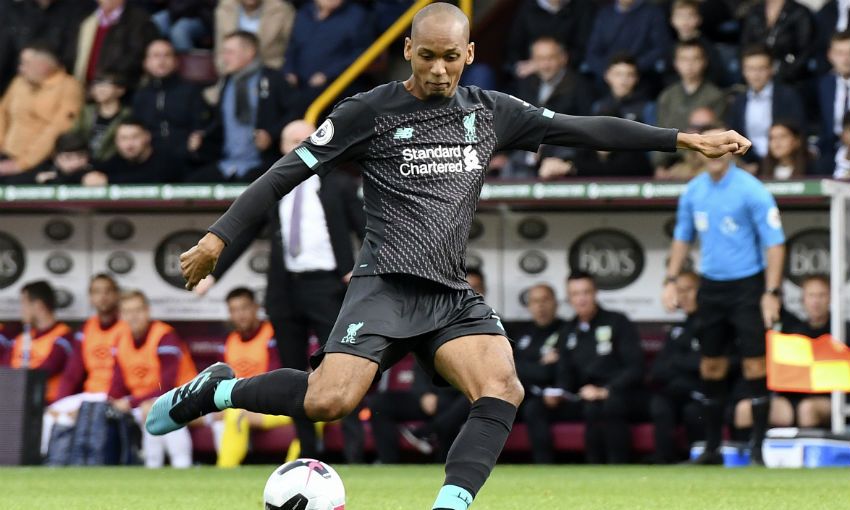 Ask Pepijn Lijnders exactly what Fabinho's role is in this Liverpool team and the assistant manager can break it down to you in lengthy, in-depth tactical detail.

When asked in February to do just that, Lijnders referred to the Brazilian as the side's "lighthouse", the player who controls the "organised chaos" Jürgen Klopp desires and acts on impulse in "defending forward".

"We have our goalscorers in attack, so I try to do my bit defending and distributing," the No.3 says in a conversation with Liverpoolfc.com at Melwood.

That's, of course, an extremely condensed self-description of his defensive-midfield duties in this Liverpool team.

Fabinho has established himself as a key component of the European champions. "I actually think he's the best in the Premier League now in that position," former Red Jamie Carragher said after Saturday's 3-0 win at Burnley.

Strong in a tackle and cool on the ball, the 25-year-old is fond of the responsibility that comes with being the Reds' anchor – a volante as they call it in Brazil.

"I've always liked to play in this position," he smiles. "You get to participate a lot in the game and have an important role in the creation of play. On the defensive side of things, you have to be very alert to help the team.

"I try to remain calm with the ball at my feet, though not letting the calmness become slowness. I try to control the game.

"The style of our team is intensity – we try to apply maximum speed and pressure, that's what we work towards. That's why the group are always so well prepared physically to impose this rhythm in games.

"I can't be left behind, you have to keep up with the rhythm of my teammates and maintain the high speed, pressure and intensity. That's what I always aim to do."

It's a mindset and approach based on his own personal instinct.

"We know the quality across this entire squad, so the instructions are to relax and show this quality on the pitch."

Admittedly, it did take a while for Liverpool supporters to see the Brazil international's talents in full following his arrival from AS Monaco in the summer of 2018.

After inking his Reds contract, Fabinho would then have to wait 152 days to receive his first Premier League start for the club, with Klopp affording him an extensive settling-in period.

But now, having been part of last season's European Cup triumph and 97-point domestic campaign, Fabinho is determined to build from a position of strength.

"I now see that it was a good period for me to genuinely adapt," he reflects. "I'm really happy now and hope to adapt and improve even more.

"I've been feeling very comfortable here for some time now here at the club, in the city, with my teammates, my compatriots in particular.

"So I'm very happy here and really satisfied with my performances on the pitch as well."