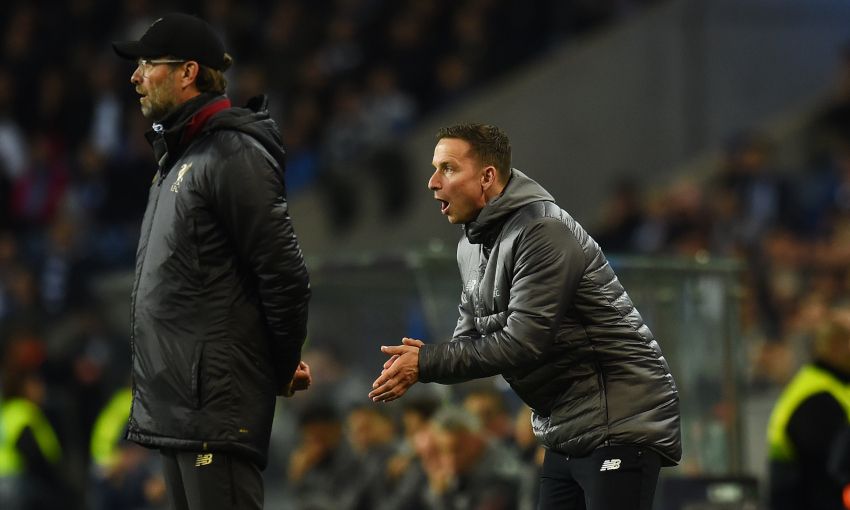 ‘We’ve got there in our way,’ is how Pepijn Lijnders summarises Liverpool’s incredible road to the Champions League final in Madrid.

The Reds will take on Tottenham Hotspur in the competition’s showpiece on June 1, aiming to bring the trophy back to Anfield for a sixth time in the club’s history.

It’s been an eventful ride to Estadio Metropolitano and ahead of the encounter with Mauricio Pochettino’s side, Liverpoolfc.com caught up with Lijnders during the Marbella training camp to get the inside track on how the team overcame every obstacle thrown at them to reach successive finals.

The assistant manager pinpoints the Reds’ loyalty and faith in their ideals and philosophy as fundamental factors in the players booking themselves a trip to the Spanish capital.

Read on for our chat with Lijnders… 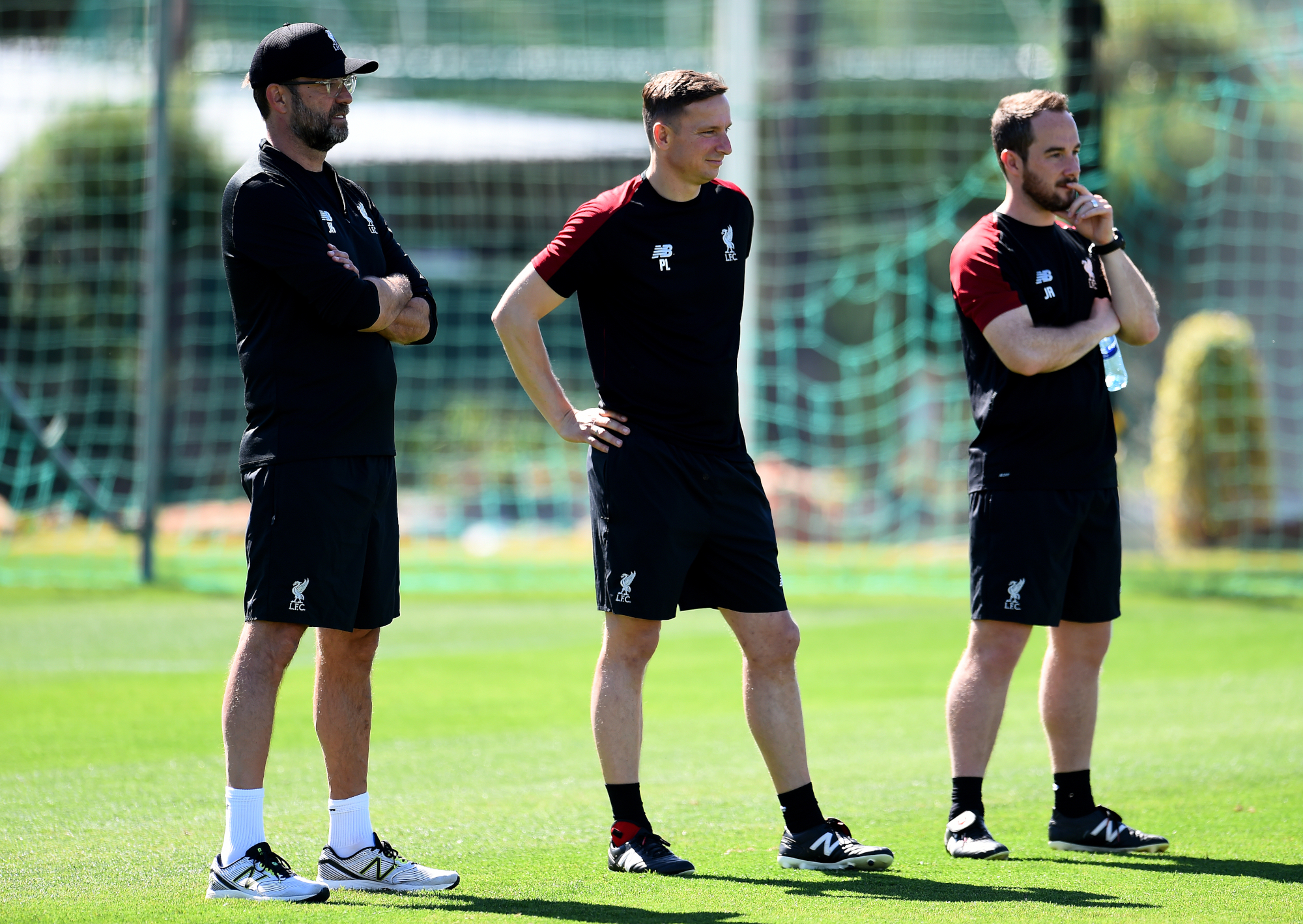 How are the boys looking going into the Champions League final?

Our boys look hungry, to be honest. I think they can’t wait; it’s a special moment for us and the club and we love the fact that we can compete for our club with our way of football. The journey has been intense, full of passion and ambition from the boys. We always stayed loyal to our style and that, for me, is what’s the most pleasing thing. We came here our way - never boring! We competed in the world’s two strongest competitions and in both we are in it until the very end. We will give everything again, trying to make our fans proud. LFC football from start until end.

How important was it to take the boys to Marbella again to work on preparation ahead of the final?

It’s good to be all together. We love Melwood, but getting somewhere private as a team creates focus automatically. We try to get the mindset for competition and overcoming difficulties. Training is about developing and stimulating that. What defines us, as always, is we focus on us.

How pleased were you with the attitude of the boys during the sessions?

I don’t like them, I love them. What professionals! It’s great to work with them, it’s never a mistake to train with everything you have. I’m patient, I expect more mistakes because we ask them to play with initiative, to attempt more, attack more and better, press more and hard work. But this, in the end, makes you accomplish more. Good things just take time. Our way of play has to become a natural skill. No ego, team-play with a 100 per cent winning attitude, because the difference between a good team and a top team is the character of each individual to put the team above themselves.

As you said, it’s been an incredible run to the final, again…

Indeed, special, and we should compliment our boys. But a final isn’t to show how good we all are, it’s to compete as a team. There are many different signs for a good game and we have to search for these.

Did the Barcelona game at Anfield show the very best of what this team and this club is all about?

The very best of this club is shown in humbleness, in everyday desire to improve, not as much results, in my opinion. It’s really shown in the passion of the people who work for it, and in the passion of the fans, and then, yes, it works like a trampoline… and sometimes like a volcano! In all seriousness, I really believe our results are a logical consequence of development and right character. Character counts; the force of Jürgen’s passion is cumulative because the way he speaks to our players becomes their inner voice, that creates belief. Everyone who was in top sport knows that your brain, your own voice, can be difficult sometimes. What we saw that night is a hard-working, pressing team, who fought for each centimetre together. We will not accept getting beat in team spirit.

At what point did what the team achieved that night really register with you? It was very emotional at the end…

We said before we had to impress them by impressing ourselves. Jürgen searched for the right description of “surpass ourselves”. You can’t imagine how satisfied we were by the performance, I was smiling and shouting like never before. We knew it was possible, more than people around us thought. But you have to earn the right to be ambitious, and I think we did that that night. A total LFC effort. 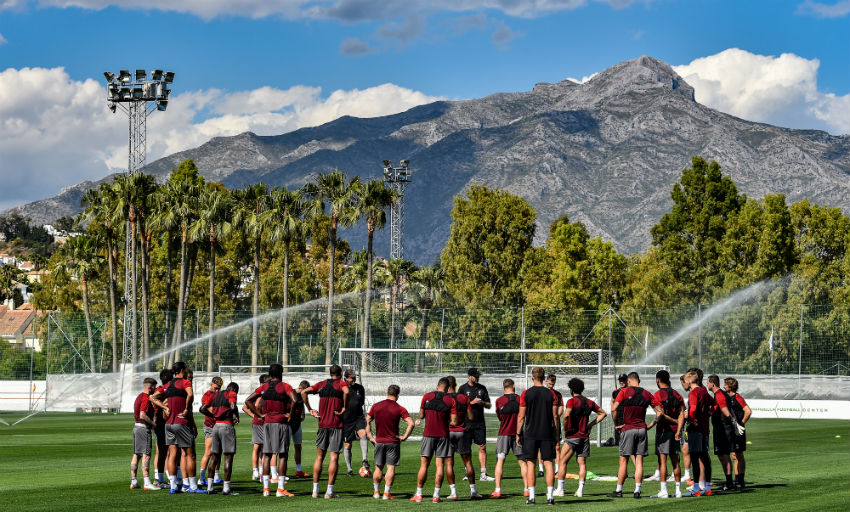 “Everything about this team is glued by togetherness and by character,” is what you said back in February. I guess we’ve seen that on the road to Madrid?

Yes, in combination with training like monsters, that’s the only way you can erase fear, be a unit, a red block, because help creates massive. Just play with maximum courage, enjoy doing your best and don’t worry too much.

So, Tottenham Hotspur are our opponents in the final. It’s fair to say we all know what a top side they are…

Yes, they are such a strong, strong team, with many dominant players who want to create. We have to be ready to deal with difficult circumstances. We respect Tottenham, we respect the competition, we respect the game but what’s really important is that we respect ourselves.

Lastly, for you personally, to be involved in this Champions League final having missed last year’s, what does that mean to you?

It means the world to me. Firstly, because it’s with Jürgen; secondly, it’s with one of Europe’s most traditional and historical clubs; and third, it’s with a group of players who deserve to represent Liverpool in this final.