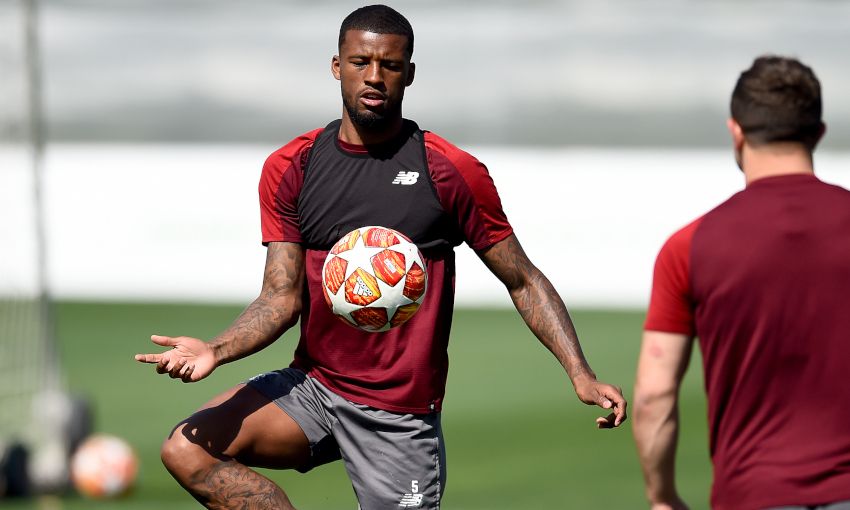 Liverpool are determined to ensure their efforts in 2018-19 are rewarded with silverware, according to Georginio Wijnaldum, but know Tottenham Hotspur will prove a formidable opponent in the Champions League final in Madrid.

The Reds will meet the Londoners in the Spanish capital on June 1 to contest European football’s most prestigious prize.

They will do so after a Premier League campaign that yielded 97 points and just one defeat, though they were eventually narrowly pipped to the crown by Manchester City.

However, the opportunity to crown an outstanding campaign with the European Cup is one Liverpool are – naturally – eager to capitalise upon, though Wijnaldum insists everyone within the camp is aware of how dangerous Spurs will be to such aspirations.

The midfielder told Liverpoolfc.com in Marbella: “Everyone is really focused and determined to win a trophy, especially because we’ve had a really good year.

“It was a great year with 97 points in the league, but unfortunately, we didn’t end as champions, so that’s why we want to finish this season with a trophy.

“In the last game of the season, we couldn’t control things [in the league] because it wasn’t in our hands. Now, it’s different, it's a final, so we’re going to try to make the best of it and try to win the game, but we know Tottenham are a really tough opponent.”

Liverpool recorded a Premier League double over Tottenham with a pair of 2-1 victories home and away, though Wijnaldum feels such a statistic will count for nothing come kick-off at Estadio Metropolitano.

“You could see it [how tough Tottenham are], if you look back at the two games we played against them, they were really tough – especially the second one.

“We won in the end, but it could have gone differently in that game. They are a really tough team; we’ve faced them a lot of times and every time it has been tough – we have never played against them and it was easy – so we know what we will have to do.”

The Reds’ preparations for the Champions League final have been taking place in Marbella this week during a six-day training camp on the Andalusian coast.

“It’s been good so far,” Wijnaldum reflected, moments after completing the latest session on Friday morning.

“It’s a little bit hot and not the weather we’re used to, but the training sessions have gone well for everyone. We have to come back into rhythm again after the few days we had off and so far it’s been good.”

With eight days to go until the showpiece in Spain, competition for places remains fierce, particularly in Wijnaldum’s area of the field in the middle of the park.

Nevertheless, the No.5 feels such opposition for a place on the final teamsheet only serves as a positive.

He said: “That’s how we’re used to it, always. During the season, everyone is training hard and trying to show they should play.

By the time Liverpool get under way against Tottenham in Madrid, it’ll have been just shy of three weeks since either side kicked a ball competitively

“Normally, you’re in a rhythm of training and playing games, but now we don’t play a game for three weeks, so we have to find a rhythm again,” continued Wijnaldum.

“At this training camp, we train hard, the circumstances can be tough with the weather, but you learn to get used to it. It’ll probably be the same in Madrid, so it’s good for us to have a camp like this.”