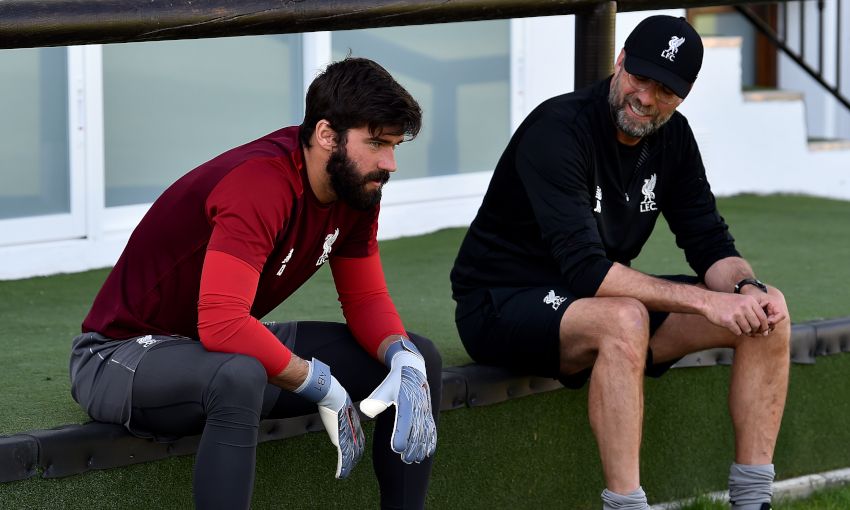 At the end of an outstanding debut season with Liverpool the Brazilian goalkeeper is potentially 90 minutes away from lifting the European Cup in Madrid.

Tottenham Hotspur will stand in the Reds’ way at Estadio Metropolitano on June 1 and Alisson is relishing the scale and importance of the continent’s grandest club fixture.

“I can’t wait,” he told Liverpoolfc.com in Marbella.

“Once we finished the Premier League, there were 20 days to prepare the final. I’m looking forward to playing this big game. It’s maybe the biggest game in my life.”

A clean sheet against Spurs next Saturday would, of course, go a long way to securing Liverpool a sixth European Cup.

Alisson has already chalked up 26 shutouts in 2018-19, including an unrivalled 21 in the Premier League to clinch the Golden Glove prize at the first attempt.

“It was such an honour, such a big award in the world of football,” the 26-year-old replied, when asked how it felt to collect the award at Anfield on the final day of the season.

“The award is not just mine, it’s an award for my teammates also, who work hard to keep clean sheets in the game. It’s a target for everyone.”

The Reds are currently stationed in Marbella, Spain for a six-day training camp designed to step up their preparations for the showdown with Tottenham.

Alisson sees several benefits to the trip, not least the acclimatisation to the kind of conditions likely to await them when the final kicks off.

“It’s good for preparation, it’s good for us to keep our minds free from external things,” added the No.13.

“Coming here is special for us, we can have more time together and speak more – that’s important for a team that wants to achieve great things.

“It’s nice weather – perfect weather to work. It’s a bit hot compared to what we are used to for training [in Liverpool] but it’s the weather we’ll find in Madrid, so it’s good for us.”