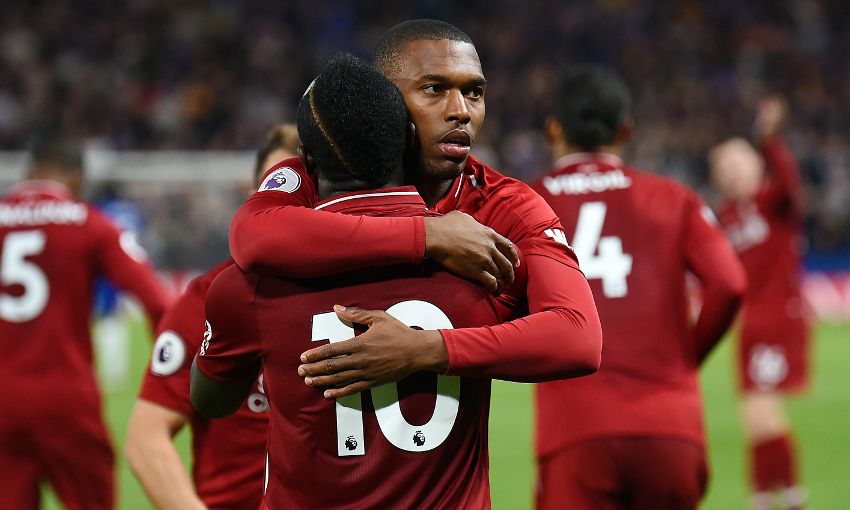 Robbie Fowler expects Daniel Sturridge to be a guaranteed source of goals for Liverpool this season.

The No.15 has already scored four times in his eight appearances so far in 2018-19, including a stunning 89th-minute equaliser at Stamford Bridge last weekend that was voted the Reds’ Goal of the Month in September.

Sturridge himself discussed his satisfaction with his renewed opportunity at Anfield in a wide-ranging interview this week – and Fowler is a big fan of the 29-year-old’s talent.

“Fit and well, Daniel Sturridge is as good as any striker in the Premier League, he really is,” the Liverpool legend said on the latest episode of LFC Later.

“You’re more or less guaranteed goals with him. We want to see it at Liverpool. He has thought, ‘I’ll knuckle down, fight for my place and stay where I’m going to play good football at a great club.’”

Fellow guest Jan Molby added: “I bet the last couple of months have been the highlight of his time over the last two or three years. I think he has really enjoyed it.

“When you’re physically fit and know you can trust your body, there’s nothing like it.”