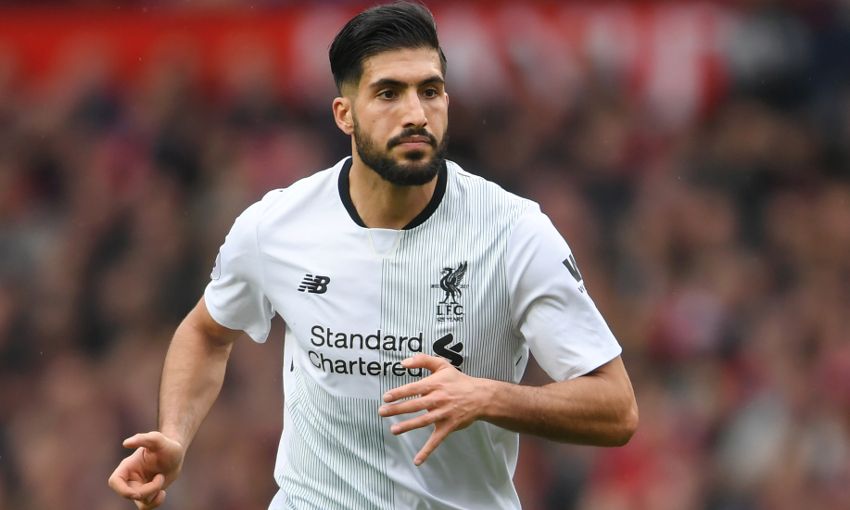 Liverpool are determined to make amends for the mistakes they made 'as a team' in defeat at Old Trafford last weekend, insists Emre Can.

The Reds fell two behind in their Premier League meeting with Manchester United as Marcus Rashford pounced on a pair of avoidable situations to leave the visitors with a long way back.

They did halve that deficit through an Eric Bailly own goal midway through a second period they dominated against their rivals but an equaliser did not materialise, frustratingly.

In his assessment, Jürgen Klopp cited Liverpool’s collective failure to react sufficiently to ‘second balls’ as a decisive factor in the first half – and Can admitted improvement in that area is high on the agenda.

“It was one of the mistakes we did around the goals,” the midfielder told Liverpoolfc.com.

“The second balls were not good around the two situations where we conceded. In my position, it was not good from me. We have to learn from it and do it better in the next game against Watford. We made very easy mistakes when we conceded the goals; we have to defend better as a team there.

“We did better in the second half, we played better football and we had chances – it’s difficult to have chances against Manchester United but we had them. So it was a very disappointing result but I think we can learn a lot from it.”

After the game, the manager moved quickly to dismiss any criticism of right-back Trent Alexander-Arnold, who was left one-on-one with Rashford for the first goal when Romelu Lukaku flicked a long kick forward.

The 19-year-old later apologised, somewhat unnecessarily, for the result, which came despite Liverpool registering 67.9 per cent possession and 14 shots to their opponents’ five.

Can, too, emphasised the view that the concessions were down to the entire XI and not any individual. “It was not a mistake from Trent, it was a mistake from the whole team,” he said.

“It can happen. It was not just Trent, it was me and it was a few more players. You don’t have to criticise him for the goals or anything else; it was the team. We play as a team – we win as a team and we lose as a team.

With two points the difference between the sides at kick-off, the Reds would have leapfrogged United in the Premier League table with victory in Manchester.

Instead, Jose Mourinho’s men increased their margin, while Tottenham Hotspur also moved above Klopp’s charges ahead of the final eight fixtures of the season.

“We wanted more,” said Can, who is nevertheless confident Liverpool can change that ranking between now and May.

The Germany international added: “It was very important for second place as well. That’s why it feels [even] more disappointing.

“But we still have the chance to be second in the table, we have a lot of matches. Now we have to see what happens from game to game – we’ll try to win ours and see where we are at the end of the season.”