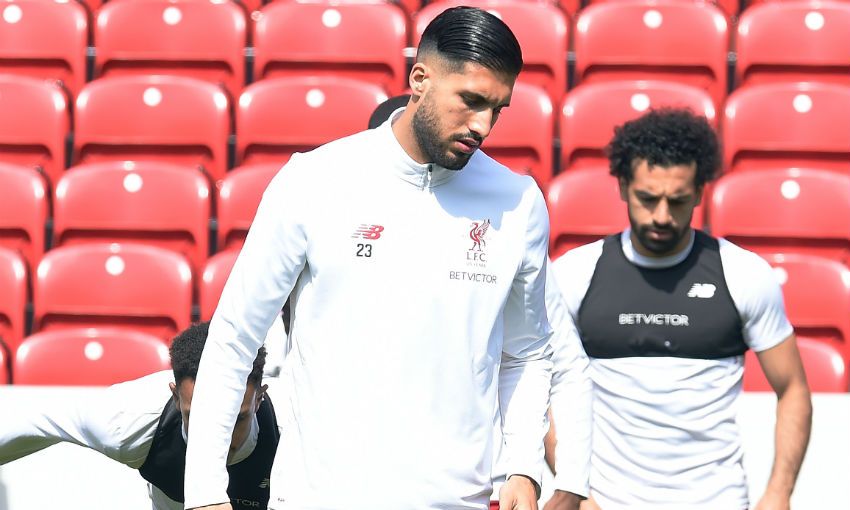 Emre Can is making steady progress in his recovery from a back injury and may be available for Saturday's Champions League final.

The midfielder has not played for Liverpool since mid-March, but trained with his teammates at Anfield on Monday having also travelled to Marbella for last week’s pre-final preparation camp ahead of the meeting with Real Madrid.

And, while stopping short of confirming Can will be able feature in Kiev, Jürgen Klopp is pleased with the No.23’s recent development in terms of his fitness.

“It depends,” the boss replied, when asked whether Can will be in his matchday squad at the NSC Olimpiyskiy Stadium.

“That looked good and my impression of him is really positive, but we have to wait again until tomorrow. But the door, of course, is open. It’s really nice to have him back in the group and he is really desperate to be part of [the final] and we will see.”

“No clue. [That’s] not important in the moment, to be honest,” he said.

“In this moment, he is 100 per cent here and that is the only thing I’m interested in. Anything else, I really have no idea but that’s not important to me at the moment.”