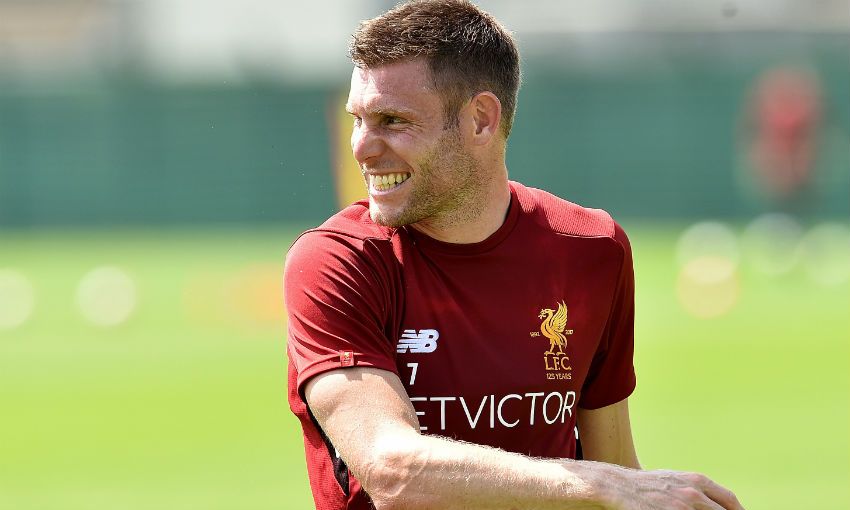 James Milner returned to full training at Liverpool’s base in Rottach-Egern on Sunday.

The Reds’ vice-captain missed Saturday’s 3-0 friendly victory over Hertha BSC in Berlin after feeling discomfort in his quad during the Premier League Asia Trophy final a week earlier.

But Milner has made a prompt return to fitness after completing a specific training programme last week and joined his teammates in taking part in a football session in Germany on Sunday afternoon.

Meanwhile, Divock Origi and Dejan Lovren - who were withdrawn from Saturday’s game as a precaution due to muscle complaints - continue to be monitored by Liverpool’s medical team.