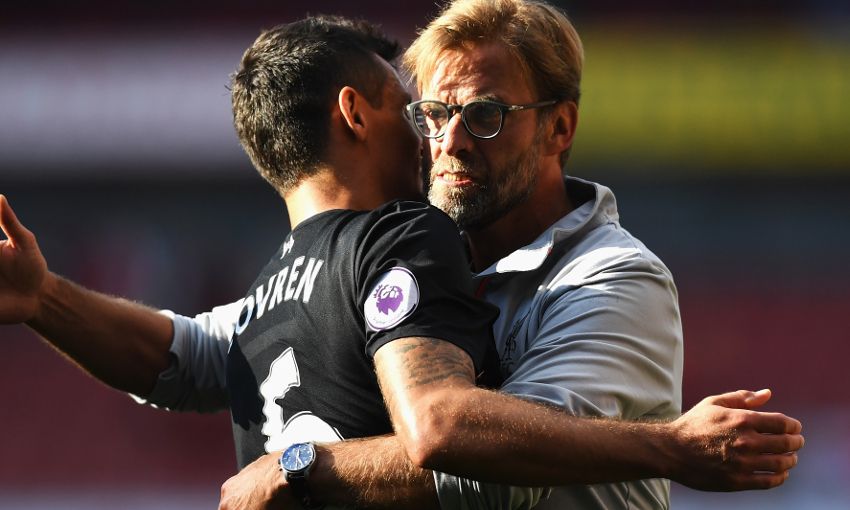 Dejan Lovren believes the mutual respect fostered in the Liverpool squad by Jürgen Klopp's straight-talking approach can help lead the club to success.

Since the German took the reins 18 months ago, Reds players have become accustomed to receiving appreciative hugs from the manager on the pitch in the immediate aftermath of positive results.

Day to day, though, Klopp’s direct and frank conversations are forging a strong sense of unity throughout the group – which Lovren considers crucial to their prospects.

“It’s not just before the game. It’s through the whole season – every session, before sessions, after sessions,” the defender told Premier League Productions.

“If he needs to say something he will say it straight to you. I think that’s important for all of us, to understand and accept his advice and plans.

“Everyone is doing quite well. He has respect for us and we have even bigger respect for him. This is the key point – if you want to work together well, you will have success.”

With five games remaining this season, Klopp has guided Liverpool to third place in the Premier League and the objective of Champions League qualification is in their own hands.

“Every point is important – everyone knows that,” added Lovren, who played his part in the Reds recording a clean sheet en route to victory at West Bromwich Albion on Sunday.

“We are proving that we are a really good team, that we can take points from everyone. It’s just a question of self-belief, we need to just believe in ourselves and not think about missing [players]. We need to move a gear up.”

Those missing players the centre-back references include Sadio Mane, whose campaign is over, and Jordan Henderson and Adam Lallana, who are on track to return in the coming weeks.

Klopp’s men have dug in during the trio’s recent absence, achieving a seven-match unbeaten run that has featured narrow successes at West Brom and Stoke City in the past two outings.

Roberto Firmino struck the winner in each of those games, heading in the only goal at The Hawthorns after lashing home an unstoppable blast in the Potteries the previous week.

The No.11 was introduced at half-time at Stoke, alongside compatriot Philippe Coutinho, and the Brazilian duo changed the dynamic of the contest despite respective issues with fatigue and illness.

Lovren sees no issue with occasionally relying on the talents of such players to decide games, but accepts the whole team must keep up their performance levels to maintain a course for a berth in the Champions League. 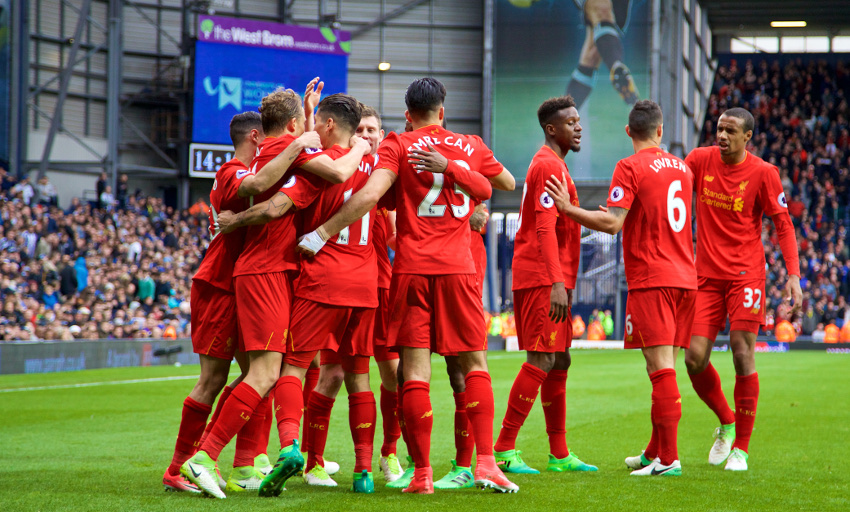 “These two amazing guys, these two special players mean a lot for us,” said the No.6. “Hopefully they will stay fit until the end of the season.

“We are missing many players, but they showed again in the second half against Stoke that they can change the game whenever they want.

“Sometimes you need that. Top teams like us sometimes depend on our big players. [But] it’s not just on them – the responsibility is for everyone to do our job.

“We have a big thing to [achieve]: the Champions League. Everyone wants that. If you want to be a top team, you need to continue to play well in every game.”