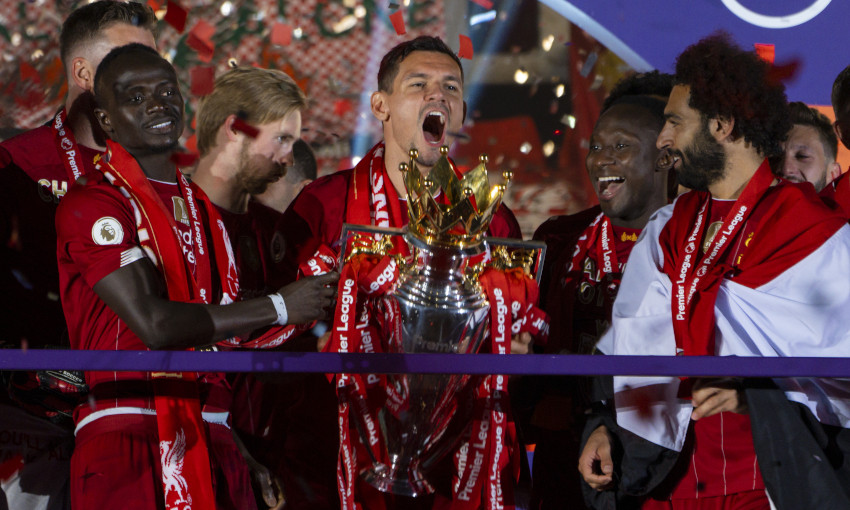 The Croatia international leaves the Reds after six years at the club following a transfer from Southampton in July 2014.

He does so as a Champions League and Premier League winner, with 185 appearances and eight goals during his time at Anfield.

“Another Liverpool legend who leaves the club, because he was absolutely a very, very important part of this team from the first day since I was in,” Klopp told Liverpoolfc.com.

“I remember when we played with Dortmund against Liverpool in the pre-season friendly and Dejan scored with a header with incredible power. That was the image I had in my mind when I came here and I thought about the defenders we had at the time.

“He played super games and scored one of the most important goals of our history in the 4-3 against Borussia Dortmund; a really wonderful moment to share.

“He had so many good games. Yes, I think he will not like the Tottenham game when I took him off in the first half, but it is part of football and part of development – and he always came back.

“When he was fit, he was very, very, very often in the team. A great player and a great person.

“Yesterday we said, ‘Who is now the best friend of Mo?’ because they were really real, real bezzies. They were really close and that’s the thing, we will miss him.

“He is a model athlete, has everything you need and now he goes to Russia, but he can come back always – he will be always welcome because he is a really nice guy.”

Injuries restricted Lovren to 15 appearances for Liverpool during 2019-20, with his final runout coming in the goalless draw at Everton on June 21.

Klopp continued: “In the first part of the season until he got injured he was in the team and had super games. Absolutely super games.

“Really good, in the air a machine, and I really liked working together with him. It will be interesting to follow Zenit St. Petersburg now.

“I wish him the best of luck.”