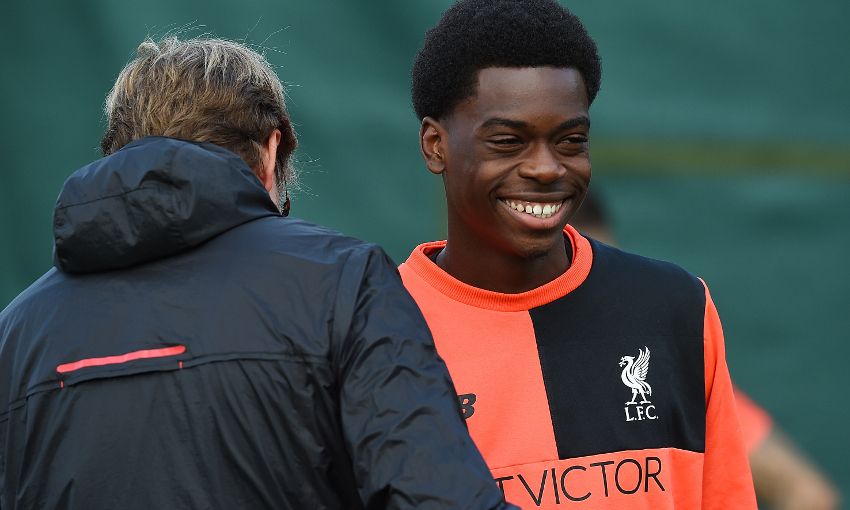 The Academy youngsters out in Tenerife for this week's training camp have been given a specific role model to follow by the manager: Ovie Ejaria.

When Liverpool visited the island on a similar trip a year ago, the midfielder – who is currently sidelined through injury – caught the attention of Jürgen Klopp with his application and ability during the sessions in the sunshine.

Ejaria’s efforts last March set him on a course of progress that brought a first-team debut for the Reds earlier this season and seven more senior appearances since.

And Klopp reminded the U18s and U23s who have been given the opportunity to impress in Tenerife of that fact before work got under way this time around.

He told Liverpoolfc.com: “I told the boys before the session [on Tuesday] that last year, Ovie Ejaria came onto my plate, if you want.

“I saw him here first. I knew him, I saw him playing a few times, but here having him around for four days and seeing him in small spaces in the sessions against the ‘adults’ if you want was very important for him and for me.

“It’s an opportunity. You can see in their eyes they know it; they are really ambitious when they think about the sessions and we will try to do everything we can to give them the opportunity to impress.