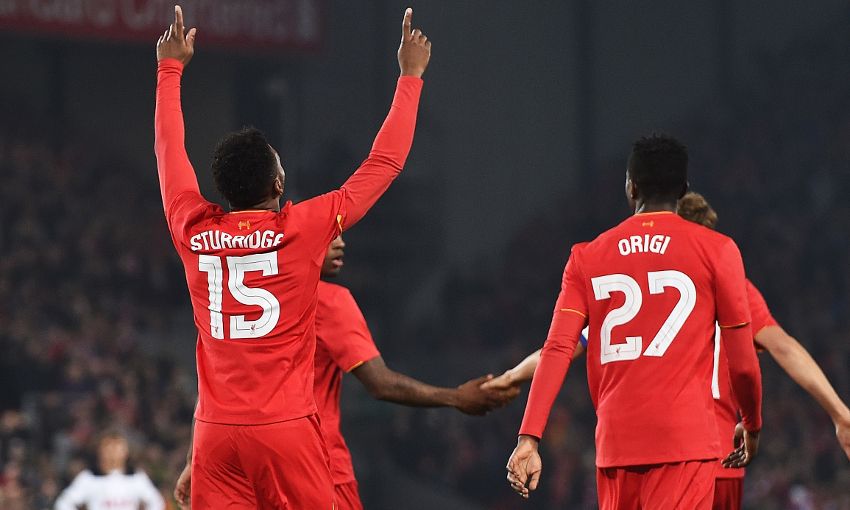 Origi: We showed our 'big heart' in Spurs victory

Daniel Sturridge was pleased to contribute two goals to an EFL Cup victory over Tottenham Hotspur that the Liverpool striker felt his team deserved.

The No.15 opened the scoring at Anfield with a clever finish from Marko Grujic’s deflected shot, and doubled the lead in the second half after being played through one-on-one at the Kop end.

A Vincent Janssen penalty set up a nervy conclusion to the fourth-round tie but the Reds safely saw out the remaining minutes to win 2-1 and reach the quarter-finals.

Sturridge told Sky Sports: “We had a lot of chances and played some good football. I think we deserved it in the end.

“It’s a nice feeling. I’m grateful to God for helping me get through all the things I’ve had to go through. I’m happy with tonight.”

And on his brace, the striker added: “When you have a lot of time when you’re through one-on-one, it can be easier sometimes. It’s difficult if you think too much.

“The first one was instinctive – I thought he was going to pass it before and I just tried to react to his shot. Luckily, I got the break.”