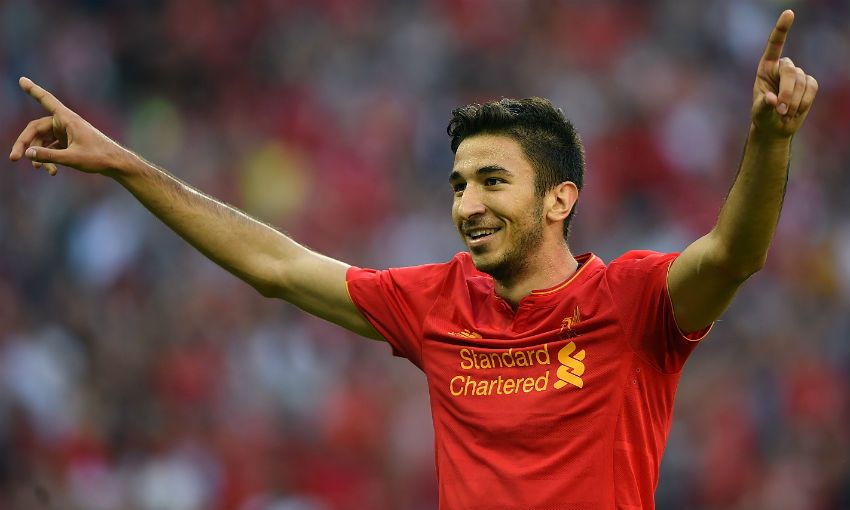 Marko Grujic already feels at right home in Liverpool thanks to the family atmosphere around the club and the ‘incredible harmony’ between Reds fans and players.

The 20-year-old moved to Merseyside in the summer and, in an exclusive in-depth interview in the new official Liverpool FC Magazine, explains why he has settled so quickly.

“Red Star is a very, very big club, like Liverpool…but both clubs are like family, and that’s why I chose to join Liverpool,” Grujic says.

“I think there is the same harmony between club and fans and already everywhere that I’ve been around the city I just feel how Liverpool is such a big club.

“All around the world people support Liverpool, that really struck me on the summer tour, and there is incredible harmony between fans and players.”

Grujic also speaks of how he is adapting to life on the pitch with the Reds.

“It was hard in pre-season, especially for me because I have come from Serbia and our work here is at a higher level,” he adds.

“The running and exercises are harder and I’m still learning, but I’m sure I will adapt. I’m proud that I can work with the staff here and it will be OK.

“For the first season I just want to learn from these guys. I have the big pleasure of playing with some of the best footballers in the world. I want to get some minutes and games to try and improve myself for the future. I think next season will be the one where I show what I can do.”

The new issue of the official Liverpool FC Magazine is out now and features the full Grujic interview, as well as a Q&A with Simon Mignolet, an extract from Steve Nicol's autobiography and a look at the history of the Kop.